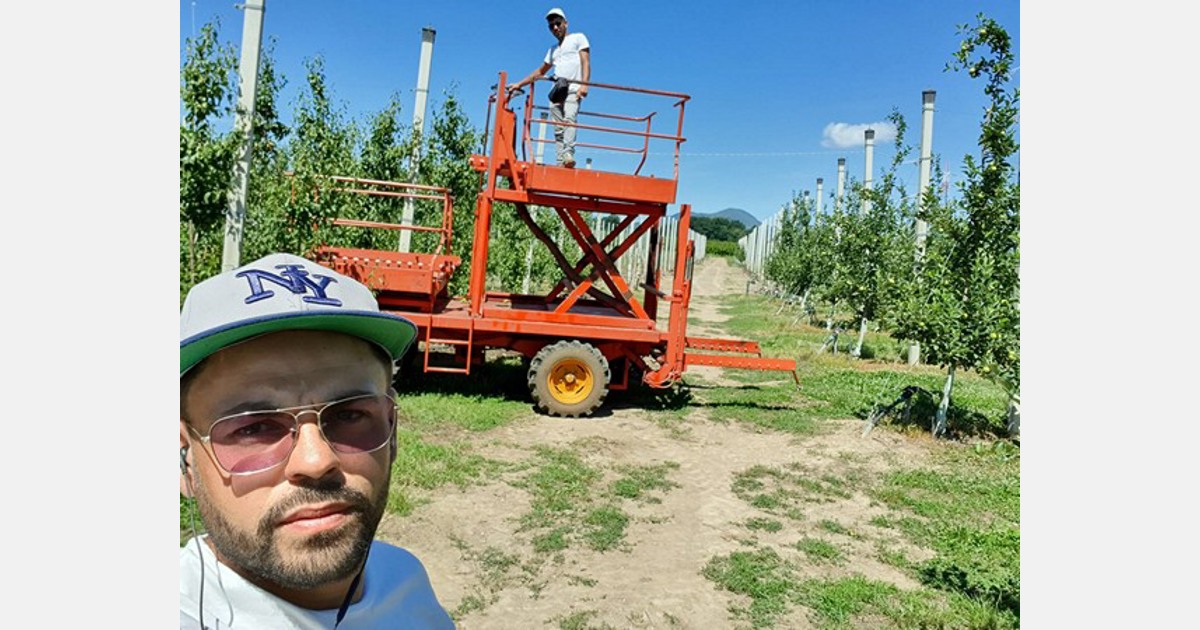 The generational change taking place in agriculture is leading not only to different cropping choices, but also to a greater focus on modern agronomic techniques that can reduce costs, simplify operations and ensure high quality standards. .

For example, super-intensive vertical wall systems are becoming increasingly popular in some southern regions. Agronomist Vito Vitelli is one of the main promoters of this innovative management model, considered particularly interesting by the new generation of arborists. FreshPlaza talked about it with a few growers in Campania and Sicily who decided to grow pears without using the traditional system. 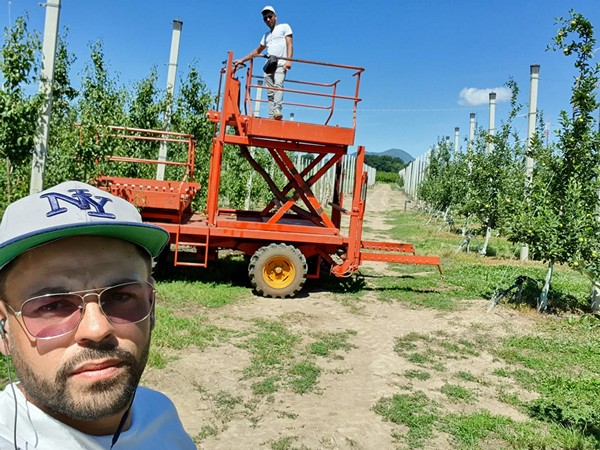 The brothers Rosario and Antonio Cipolletta from the province of Caserta explain that “a modern approach is needed to invest in the cultivation of pears. We currently have about 6 hectares where we grow the Coscia and Abate varieties, and we are looking to plant more over the next few years. The orchards are young, so not all of them are productive, but the prices are around 0.90-1€/kg. With the peaches, we were barely selling at 0.25€/kg, so I decided to uproot my 14 hectares. interested in pears, also due to the problems that continue to affect northern Italy.”

“The Coscia pears are harvested in July, while the Abate pear harvest begins at the end of August. Our vertical orchards have a layout of 0.65×3.50 m. At the moment they have reached a height of more than 3 m. Each plant grows 120-130 fruits with an average weight of 100 g. Harvesting and pruning operations are done with a lifting arm that can carry up to 4 people to speed things up. I am very satisfied with the result and of the product. Thus, the plants intercept the light better and the fruits develop a more attractive color.” 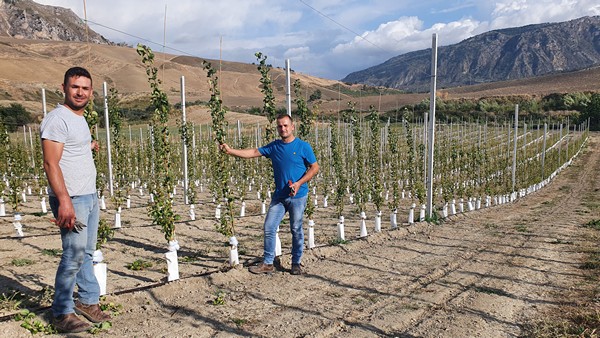 FreshPlaza also spoke with Bruno and Fabio Di Marco from the province of Palermo. The brothers both work in the family metalworking business, but are passionate about agriculture. They were among the first in Castronovo di Sicilia to introduce the super-intensive pear orchard technique. They had first laid out a traditional orchard (4×2.5m), but decided to uproot the trees and replant them using a more modern method. “We planted 4,000 Coscia pear plants about a year ago. The trees are responding very well and have reached a height of 2.5m, so much so that we had to buy a harvest cart to manage the cultivation operations. Before improvising, professionals should always be contacted to avoid wasting time and money.”