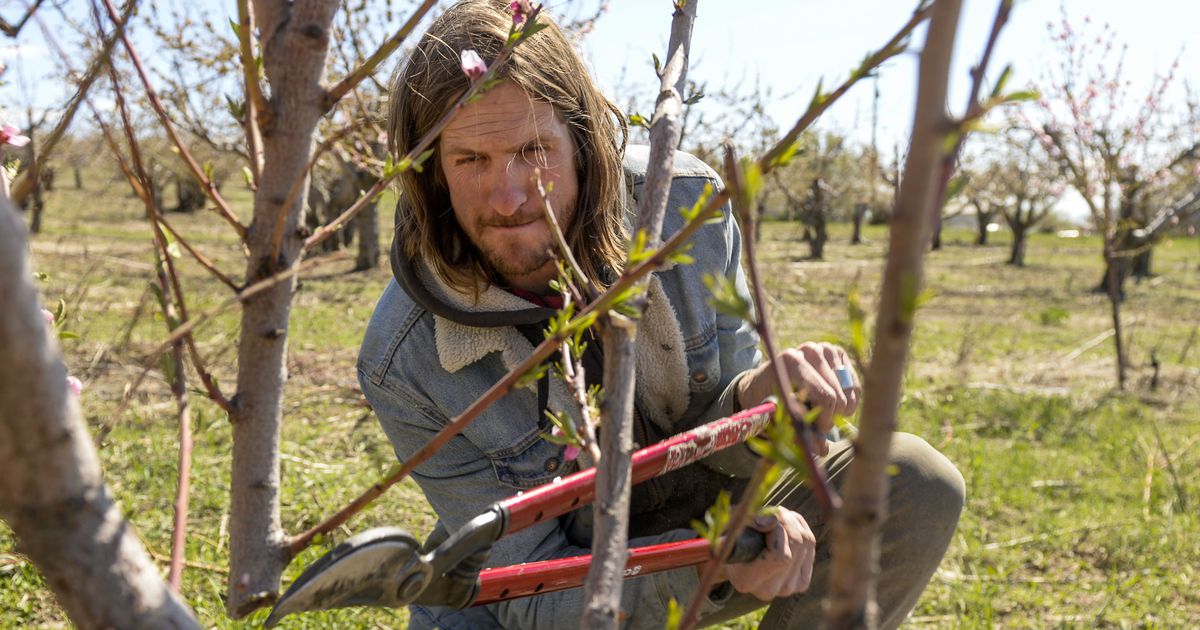 When deer damage orchards, what does Utah owe the fruit growers?

It’s hard to hate the mule deer that shows up in your yard this time of year, but the patience of some Box Elder County fruit growers is running out of steam.

Free-range deer frequent the orchards around Perry at night and flatten young apricot, nectarine and peach trees, according to complaints filed with the Utah Wildlife Division (DWR).

The cost of deer-proof fencing is prohibitive and hunting big game at night is illegal, so orchards have no choice but to seek compensation from the state. The problem pits two values â€‹â€‹dear to Utah, big game and fruit farming, against each other.

Todd Eskelsen, Jordan Riley, and other Perry fruit growers are hoping to find a way for the two to live in harmony, but until then, it’s hard to see any new trees mature in Deer Country.

Located along a canal that provides water from the Pineview Reservoir, Perry Orchards lie beneath DWR’s Brigham Face Wildlife Management Area, which provides summer habitat for deer in the north of the Wasatch Mountains. When animals migrate to the lowlands in the fall, they often pass through orchards.

â€œI’m right at the interface between wildlife and agriculture,â€ said Eskelsen, a novice farmer from Maryland who is turning his father’s longtime property in Perry into a commercial operation. â€œWe spoke with DWR on how we can continue to grow our crops and coexist with deer. “

â€œThe deer nibble on the buds from all the trees, but they also use them, especially on younger trees that have a bit of recoil, use them for scratching,â€ Eskelsen said. “And by doing so, you can break them right at the junction of the graft.”

With residential development eating away at the open land nearby, deer are increasingly being pushed into orchards, according to Riley, who grows cherries, peaches and other fruits on 180 acres near Eskelsen.

â€œThe male is the worst. They will come and rake these woods to remove the felt. In one night, they can wipe out dozens of them if they stay there, â€Riley said. â€œAll the deer will come in and eat the tender shoots and buds. Where they do this, especially in winter, they kill the tree and it will hurt the productivity of the trees. We could live with that. It’s when you kill the whole tree that it becomes a very expensive proposition.

Eskelsen is now in dispute with DWR over how he should be compensated, which the Wildlife Council will arbitrate at its Tuesday meeting. The wildlife agency is willing to pay only the cost of replacing its damaged trees; Eskelsen insists he deserves to be compensated for future harvests he doesn’t see, according to his documents.

DWR maintains that Eskelsen’s method is “speculative and unreliable” and asks the Wildlife Board to reject it.

“The proposed predictive model uses variables that are not allowed by law and exceeds the one-year damage calculation period established by the rule,” the agency wrote in its file.

A hearing officer has already sided with Eskelsen in a decision that could make it much more costly for the state if upheld. Since wildlife is owned by the people of Utah, taxpayers are ultimately held responsible for fences destroyed by big game, alfalfa they eat, and other damage.

DWR is taking many steps to reduce this damage, according to agency spokesperson Faith Jolley.

“When wildlife causes damage to crops and other property, the division’s depredation program helps address these issues,” she said. â€œWe are working alongside agricultural producers to develop a variety of options to mitigate damage. “

Killing and hazing big game is a last resort, but the agency issues “depredation” permits, allowing farmers and ranchers to slaughter deer out of season. In the Perry case, such permits were granted to Eskelsen and his neighbors, but they were only able to kill one deer last year.

Unlike coyotes, which are slaughtered indiscriminately in Utah, mule deer are popular wildlife and enjoy broad protections. Under pressure from predators, hunting, drought, habitat loss, and motor vehicle collisions, deer numbers in Utah remain below what wildlife officials consider optimal . As a result, DWR is reluctant to kill problematic deer. And the orchards too.

â€œI don’t want to kill all the deer in any way,â€ Eskelsen said. “I recognize that I will have losses from deer and I am happy to work with [DWR] not to take the deer out and to get compensation for the loss and to replant the trees. But it’s just too much. What the ministry paid for was well below the value of the tree.

Last year, deer demolished 141 apricot trees, 88 pluot and 31 nectarine trees in Eskelsen orchard, according to its file. DWR offered $ 4,187.61, reflecting the cost of replanting the lost trees. Using a model that took into account the loss of future fruit production, Eskelsen calculated his losses to be almost $ 14,000.

â€œThe problem is, when you have a tree that’s damaged, you have to place an order for it at an orchard, and they may very well already have orders for their existing stock,â€ Eskelsen said. “They can take your order and graft the trees for the next year, so it might take two and maybe three years to get a replacement tree.”

It takes up to seven years for a new tree to bear fruit, so replacing it could set the production clock back several years. It is money lost to the producer that is not covered by the DWR calculations.

â€œWe have more trees coming this spring, and I will be able to plant more,â€ Eskelsen said. â€œBut in the meantime, there is more damage. We still had deer in the orchards. They have now fallen in recent snows.

For the fence to be successful in keeping deer out, it would have to surround the 17-acre property. DWR has offered to install fencing, but that’s not enough to make a big difference, according to Eskelsen.

He and other Perry orchards have permits to kill a limited number of deer, but they can only hunt with archery tools and only during the day. And the deer only come at night.