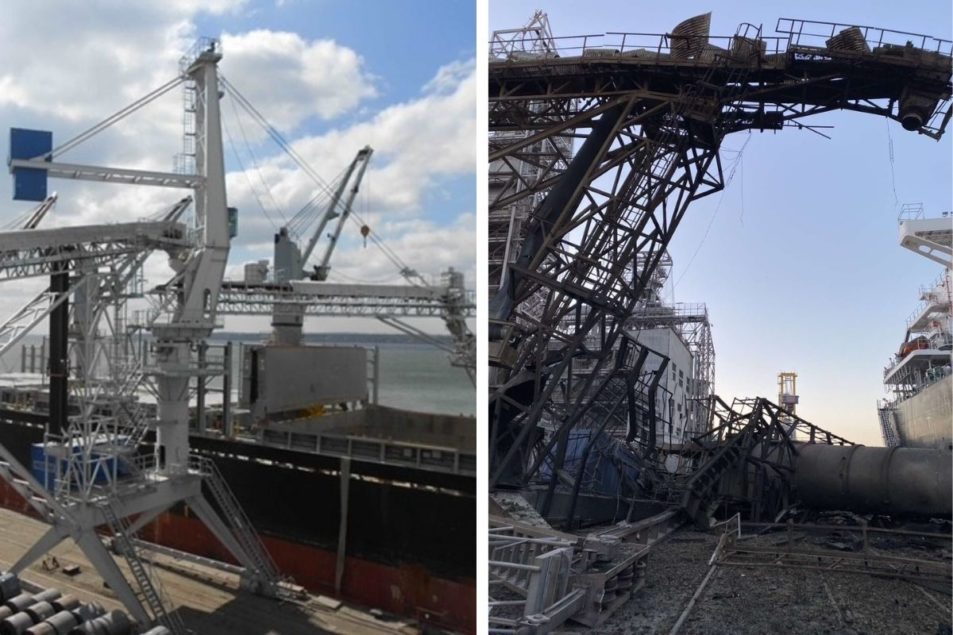 WASHINGTON — One in six, or about 15%, of Ukrainian crop storage facilities have been destroyed, damaged or controlled by Russia and its aligned forces since it invaded Ukraine on February 24, according to the Observatory of Conflicts, a US non-governmental organization.

The Conflict Observatory, which draws its conclusions through the analysis of satellite images, said that 344 grain facilities in Ukraine were studied, and 75 of them were classified as damaged.

Under international law, the deliberate and indiscriminate destruction of infrastructure where crops are stored can be considered a war crime, as well as a crime against humanity, the organization said.

Following the publication of an independent assessment of the devastating impact of the Russian war on food storage sites in Ukraine, the United States Department of State, which supports the activities of the Conflict Observatory, called on 15 September to further investigation through appropriate mechanisms.

“The United States will continue to stand steadfastly with Ukraine as it defends its freedom, for the sake of its own people and the peoples of the world who depend on the harvests of Ukrainian farmland,” he said. ‘agency. “Our support for Ukraine remains unwavering.”

He added that Russian President Vladimir Putin’s “unwarranted war against Ukraine is exposing millions of people around the world to growing food insecurity. The large-scale invasion of Ukraine by the Kremlin, one of the world’s largest food exporters, has damaged or outright destroyed many of Ukraine’s arteries, railways, ports and food storage facilities. Ukraine which are essential for transporting its agricultural products to international markets. These actions ensure that the pain of this war will also be felt by the world’s most vulnerable populations.

In addition to limiting Ukrainian exports and destroying grain storage infrastructure, the Russian invasion led to a drop in grain production in Ukraine.