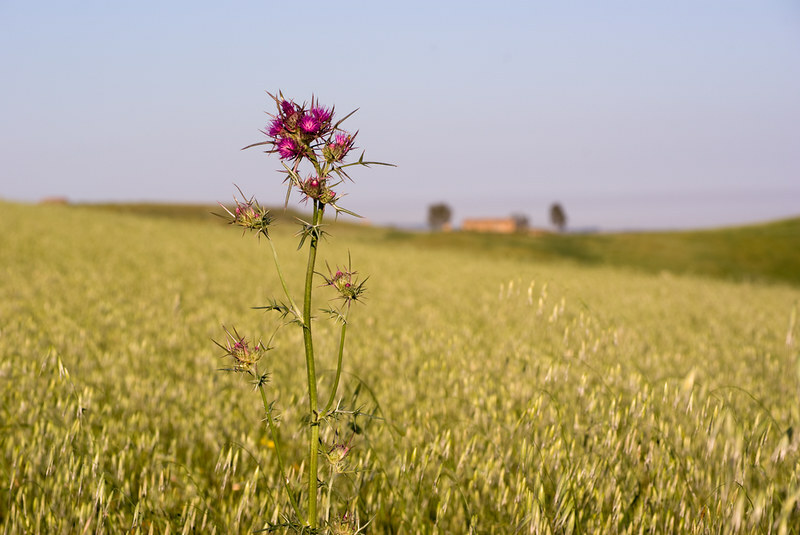 U.S. farmers have cut back on the use of common weedkillers, researched substitutes for popular fungicides and changed planting plans amid continuing shortages of agricultural chemicals that threaten to reduce harvests, Reuters reported.

Spraying smaller volumes of herbicides and switching to less effective fungicides increases the risk of weeds and diseases harming crop production at a time when global grain supplies are already tight because war in Ukraine is reducing the country’s exports.

Interviews with more than a dozen chemical dealers, manufacturers, growers and weed specialists showed that the shortages were disrupting U.S. growers’ production strategies and driving up their costs.

Shawn Inman, owner of distributor Spinner Ag Incorporated in Zionsville, Indiana, said supplies were the tightest in his 24-year career.

The shortages are further narrowing options for farmers battling weeds that have developed resistance to glyphosate, the key ingredient in the commonly used herbicide Roundup, after decades of overuse in the United States.

Prices of glyphosate and glufosinate, another widely used herbicide sold under the Liberty brand, jumped more than 50% from a year ago, dealers said, boosting profits for companies like Bayer AG, BASF and Corteva Inc.

The United States Department of Agriculture (USDA) says it has heard from farmers and food companies wondering whether agribusinesses raise prices for products like chemicals, seeds and fertilizers to boost their profits, and not just due to supply and demand factors. The agency launched an investigation into competition in the sector, and some watchdog groups said it was moving too slowly.

Agrochemical companies blame the COVID-19 pandemic, transportation delays, lack of workers and extreme weather conditions for the shortages. Fertilizers and some seeds are also scarce in the world.

More trouble is on the horizon, as BASF, which formulates glufosinate, told Reuters the supply situation will not improve significantly next year.

“It’s going to take longer than our customers, farmers and retailers would have thought,” said Scott Kay, vice president of US crops for BASF.

Tennessee farmer Jason Birdsong said he abandoned plans to plant 100 acres of soybeans after waiting months to receive the Liberty he ordered from Nutrien Ag Solutions. He eventually received less than half of his 125 gallon order and planted corn on the dirt instead. Birdsong said it was better at controlling weeds in corn than in soybeans.

Nutrien said many events blocked the supply chain during the pandemic and the company provided alternative solutions to customers.

Birdsong said he needed Liberty to control glyphosate-resistant weeds in soybean fields. He said he ruled out a third option, a dicamba-based herbicide from Bayer, because of extensive federal restrictions on when and where dicamba can be sprayed.

“With dicamba technology being so strict, Liberty is the gold standard,” Birdsong said.

The Environmental Protection Agency this year approved new restrictions on the use of dicamba in Iowa and Minnesota, two major agricultural states. The herbicide, approved in 2016, is subject to stricter regulations as it drifts onto neighboring farms and damages crops other than Bayer soybeans designed to resist dicamba.

The rise of a rival Corteva soybean variety, Enlist, is further adding to demand for glufosinate because the crop can be sprayed with glufosinate, among other chemicals, dealers said.

Generic glufosinate versions of Liberty sold for about $100 a gallon, down from $32 a gallon last year, said Dion Letcher, owner of Letcher Farm Supply in Garden City, Minnesota. The increase reduces farmers’ profits due to high crop prices.

Shortages of Liberty and other products began last year as distributors used relief supplies to make up for supply disruptions in 2021, Letcher said. Now there are no more reserves, he said.

“Anything from BASF is short this year,” Letcher said. “I’m worried about next year.”

Bayer said sales of glyphosate products were “particularly strong” in the first quarter as prices rose and volumes fell. Overall, its herbicide sales soared 67% from a year earlier to 2.5 billion euros ($2.64 billion).

Indiana farmer Denny Bell said he did not receive Liberty in its usual 250-gallon containers. Instead, he spent seven hours emptying 2.5-gallon jugs into a larger tub before spraying. Bell said he also waited six months for a popular BASF fungicide, Veltyma.

Reduced herbicide use this summer could allow weeds that escape crucial early sprays to sprout and spread their seeds in fields, leaving farmers with more weeds to fight for the next two years as seeds germinate, said Texas A&M University weed scientist Scott Nolte.

Iowa corn and soybean grower Brent Swart said he’s opting to use less glyphosate in the chemical mix he sprays because of supply shortages, but doesn’t expect not to affect yields.

“There’s definitely a different feel this year,” Swart said. “We have never seen so many supply problems.”