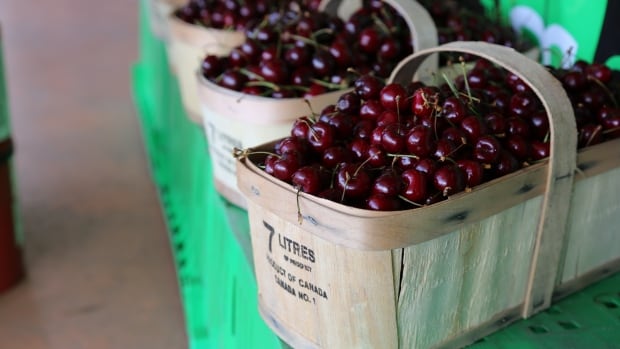 Cherry growers in British Columbia’s Okanagan region say they are worried about the survival of their crops after many of their budding trees were exposed to frosts unusual for this time of year, causing many buds to die before they even produce fruit.

Sukhpaul Bal, cherry grower and president of the BC Cherry Association, says that at this time of year the buds of the trees have opened and if the parts of the flower that fertilize the stamens freeze, a cherry will not grow. never.

“It’s a tense time for everyone because…we rely on these crops to sell on the road and make a living, and if we get damaged right off the bat, that really puts us behind in terms of the volume of harvest,” Bal said, adding that any sub-zero temperatures in the spring could cause a lot of damage.

He said he has heard from many farmers in the area who are worried about the damage they are starting to see in their trees this year.

The Okanagan fruit industry has also been affected in the past two years by fewer agricultural workers and fruit pickers due to COVID-19 and last year’s sweltering heat wave in Western Canada, which scorched up to 70 percent of the region’s cherry crops.

Crops far from water most vulnerable

Environment Canada meteorologist Bobby Sehkon told CBC Wednesday that a colder-than-usual arctic air mass is currently rolling in over most of the province and the rest of Canada, causing temperatures to plummet. daytime temperatures significantly lower than they would be in April, and even breaking records in parts of southern British Columbia

Sehkon explained that recent turbulent weather — such as high winds, lightning and hail in parts of the interior, Lower Mainland and Vancouver Island — is caused by warm air rising toward the sun, while the cold air descends downwards.

In the Okanagan, Environment Canada meteorologist Doug Lundquist said daytime temperatures this week have been six to eight degrees cooler than normal for the region, with overnight lows reaching up to -4°. C in areas away from bodies of water.

“We are worried about the crops in the orchard (which) are mostly far from [Okanagan] lake,” Lundquist said. “Towards the airport, it is quite cold.

Lundquist said temperatures are expected to reach normal levels by the end of the long weekend.

In the meantime, Bal said, some cherry growers have used helicopters to force higher, warmer air toward the canopies of cherry trees.

“I saw a temperature change of [up to] a degree and a half as the helicopter passed,” he explained.

Bal said the last time major weather problems occurred was in 2020, when a prolonged arctic air mass in January caused temperatures to drop to around -20C and caused significant damage to many crops. cherries for the rest of the year.

Guidelines for the construction of poultry houses | Monitor