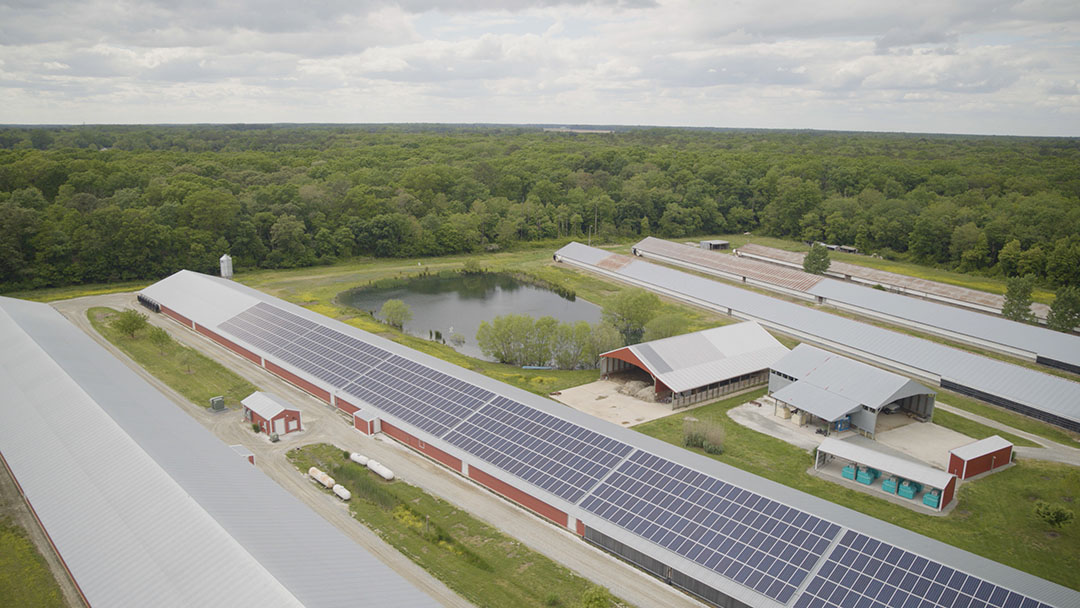 Following in the footsteps of many other poultry industry associations around the world, the US National Chicken Council (NCC) released its first sustainability report in the second half of 2021. Like other similar documents, it presents a comprehensive overview of the industry’s collective progress on environmental sustainability fronts (air, land and water), broiler health and welfare, employee safety and welfare, food and consumer safety, and community support and food security.

Although this report is similar to the sustainability reports of other national poultry associations in other countries, there are also differences. Here we look at some highlights and background. The development of the 2020 U.S. Broiler Chicken Industry Sustainability Report complements the work of the U.S. Roundtable for Sustainable Poultry and Eggs, which ensures the right data is collected to continue to innovate, make improvements and support communication about the sustainability of American chicken.

As is standard, the report includes an updated Life Cycle Assessment (LCA) of the broiler chicken production system that shows significant improvements in key U.S. broiler industry sustainability intensity measures. chicken between 2010 and 2020.

Over that time, land use has decreased by 13% and carbon footprint by 18%, industry-wide. Water consumption has decreased by 13%, fossil fuel use by 22% and particulate emissions by 22%. With an 86% drop in injuries and illnesses recorded over the past 25 years in poultry processing.

The report also includes some specific notes for 2020. In this year which, of course, saw the introduction of Covid-19 to the world, more than 33 million US dollars and 20 million meals were donated to communities local. Also that year, U.S. broiler exports reached a new high, totaling 7.4 billion pounds (3.36 bt), involving shipments primarily to China, Taiwan and Mexico.

Of course, sustainability practices in any country vary from farm to farm and region to region. It is explained in the report that at the Arbogast family farm (location not shown) over the years the turkeys were moved into state-of-the-art barns and the then radical practice of no-tillage was adopted. (In general, plowing agricultural land causes erosion, requires high fuel consumption, disrupts soil structure and microbiota, reduces soil moisture retention, and releases carbon into the atmosphere.) 2000s, 4 new state-of-the-art chicken coops were built, the use of cover crops began and solar panels were placed on all barns.

Tom Super, senior vice president of communications for the NCC, doesn’t know how many broiler farms in the United States have solar panels or other forms of alternative energy because it’s not tracked. However, he says that nearly all commercial broiler and broiler chicken farms in the United States use heavy-duty area (HUA) concrete pads at the entrance to each barn. HUA pads allow for easier collection of chicken litter without any of the litter getting lost or spilled on the floor. Litter is often composted and applied to fields.

Report recognizes Heather and Mike Lewis’ 100-acre Pennsylvania farm for its stewardship of land, water and air, receiving a Family Farm Environmental Excellence Award from the US Poultry and Egg Association in 2020. leave crop residue on their fields and use cover crops to help improve soil health. In the years that they grow corn, they save some of the fodder and grind it into new litter for the chickens, and also use recycled pallets for litter. They also have a nutrient management plan written by an outside agronomist. Super says that alongside the use of HUA, formal nutrient management plans are very common on broiler farms across the United States, “especially in areas like the Chesapeake Bay and Watershed. of the Mississippi”.

Nitrogen and phosphorus contamination of poultry farms is a major concern in terms of manure runoff. Algal blooms occur, then as the algae die, oxygen levels in the surrounding water drop dramatically, killing other life forms, such as fish.

In March 2021, a judge in the state of Maryland made the unprecedented decision to order regulators to place limits on air pollution emanating from broiler farms. The judge said the Maryland Department of Environment must regulate the amount of nitrogen released into the air “because some of it falls into waters protected by federal water quality law, such as the nearby Chesapeake Bay”. And a new report on water quality released in October 2021 by the environmental group Environmental Integrity Project, is also quite damning.

The report’s authors found that between 2017 and 2020, 84% of chicken farms in the region failed water pollution control inspections, and 46% of them also failed a second inspection. . Only 4% were fined by the state and only 2% of those fines were paid. The Baltimore Sun reported on the response to this report from the area Delmarva Chicken Association. The group said that over the past 25 years, broiler farmers have steadily reduced the volume of nutrients transported into the Chesapeake Bay.

“Reports like this simply attempt to distract from the real, tangible progress farmers have made in protecting water quality,” spokesman James Fisher said. In the 2020 U.S. Broiler Chicken Industry Sustainability Report, Stephanie Shoemaker (Environmental Officer at leading broiler producer Sanderson Farms) said, “One of our primary over the next 5 to 10 years will be to identify new methods to renew, reuse, reduce and recycle. waste from our treatment and wastewater treatment facilities”.

The extent to which new technologies can further improve the sustainability of broiler farming in the United States and beyond can only be assumed, but we hope they will bring significant gains. Super believes that most of the technological advancements that are coming or going will be applied in processing plants. “At the plant, I think we’re going to see more companies using more technology, automation and AI, in areas like deboning, for example, to put less [burden] on workers and help ease staffing issues in a still tight labor market.

When it comes to where the biggest gain can be made in sustainability in U.S. chicken production over the next five years, Super points without hesitation to feed. “Feed is the biggest input and resource in raising a chicken,” he says. “So the more we can further improve feed conversion; it’s a big area that can make the most of chicken production in the United States – producing more chicken with fewer resources.