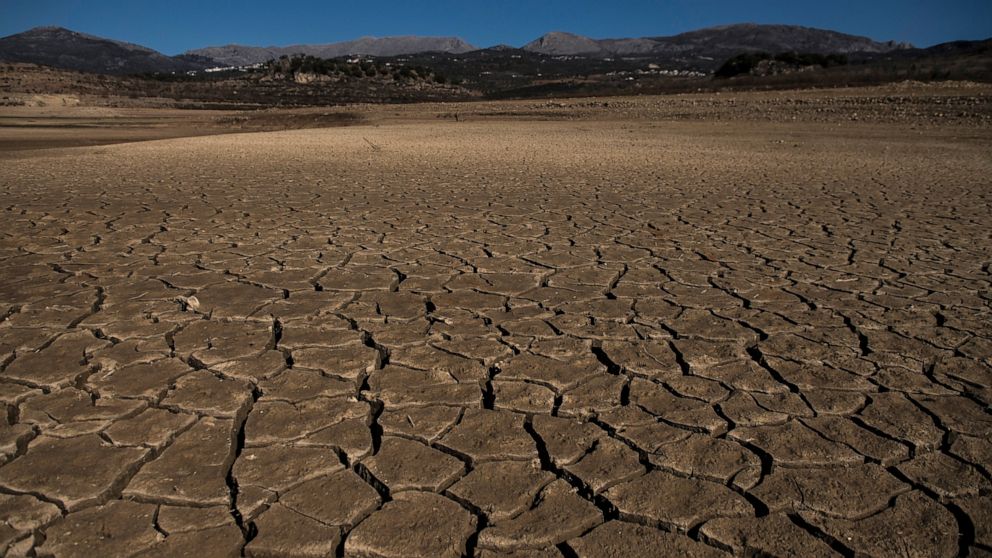 LA HERRADURA, Spain — “Herders and farmers have their feet on the ground, but their eyes on the sky.” The old adage is still popular in rural Spanish communities who, faced with recurring droughts, have historically paraded sculptures of saints to pray for rain.

The saints are back this year as large swaths of Spain face one of the driest winters on record. Even as irrigation infrastructure has exploded alongside industrial agriculture, the country’s ubiquitous dams and desalination plants face a looming water crisis that scientists have been warning about for decades.

“We are facing a dramatic situation,” said Juan Camacho, a farmer from the southern province of Granada, as he looked desperately at the withered leaves of avocado trees and their fruits, which were smaller than usual this year.

Not far from his orchard, the largest reservoir in the region has fallen to 15% of its capacity after more than two months without a drop of rain. And at least half of that, Camacho said, “is just muddy water, completely useless.”

Falling agricultural yields in Europe – and the battle for dwindling water resources, particularly in the southern part of the continent – are perils looming as global temperatures continue to rise, according to the world’s top climate scientists .

Their findings are part of a report released this week by the United Nations’ Intergovernmental Panel on Climate Change, released on Monday. The panel’s periodic assessments inform decision-makers on how to keep the planet from warming beyond the 1.1 degrees Celsius (2 Fahrenheit) already gained since the industrial age.

For Europe, heat and flooding, in addition to agricultural losses and water scarcity, will be major climate impacts, according to the report. And while European awareness of global warming is motivating policymakers to do more, scientists say the ambition and execution of solutions vary widely from country to country.

Extreme heat, floods and droughts will cause widespread disruption to the economy, including damage to infrastructure and energy supplies, the need for more air conditioning and greater demand for water, the report warned. .

As warming increases faster in Europe than the global average, panelists paint a picture of a divided continent: an increasingly arid south, struggling with desertification and competing for scarcer water – and a north adopting a more traditional Mediterranean climate that could provide increased agricultural yields and forest growth, but with its own risks.

If temperatures rise another 1.9 degrees Celsius (3.4 degrees Fahrenheit), maize crop losses could reach 50%, especially in southern Europe, the report warns. Wheat harvests, meanwhile, could increase in the north as long as warming does not exceed 2 degrees Celsius from pre-industrial levels, or 0.9 degrees above the current average temperature.

But it’s not a silver lining. From a continental perspective, the report states that due to the combined heat and drought, “substantial losses in agricultural production are predicted for most European regions during the 21st century, which will not be compensated by gains in Northern Europe”.

“There are warm-climate vegetables and crops that could see short-term benefits,” Rachel Licker, climate expert at the Union of Concerned Scientists, told The Associated Press. “But the major grain crops, the major commodities, the major crops that are exported and that really form the basis of a lot of the economy are the ones that are likely to be negatively affected.

Europe will also suffer other negative impacts. Coastal damage is expected to increase at least tenfold by the end of the century – and, if the 3 degree Celsius (5.4 Fahrenheit) warming threshold is reached, “damage costs and people affected by rainfall and flooding rivers could double”.

For some coastal communities, it will be “an existential threat”, according to the report, adding that the traditional ways of life of the Sami and Nenets peoples are already under threat in the European Arctic.

Inequality is expected to rise within and between countries as the continent sees more deaths from heatstroke, unbearable summers and irreparable damage to ecosystems.

Joaquín Montes, 50, is among those expected to lose more. He is one of some 10 million farmers in the European Union who feed 440 million consumers inside and outside the bloc.

Sandwiched between the Costa del Sol, a tourist magnet, and the Sierra Nevada range in southern Spain, the ravines where the custard apple and avocado orchards of Montes are located should have a lot to offer. ‘water.

But with 41% less rainfall since October than the average for the same period between 1980 and 2010, the dams contain almost no water. The private ponds that are supposed to last all summer for farmers are depleted. And, without fresh water to replenish aquifers, salty seawater renders them useless.

“We farmers are used to dealing with drought,” said Montes, who learned the trade from his father when he was 14. “But every year we see less and less rain. I fear for my livelihood.

Environmentalists say landowners who have switched from traditional crops to profitable but thirsty crops like avocados or mangoes are the tip of a larger problem: industrial-scale monoculture farming that has displaced small farmers traditional.

“The model is one of poor planning and pure false development,” said Julio Barea, a geologist and water activist with the environmental group Greenpeace.

In Spain, the area of ​​arable land dedicated to intensive agriculture with irrigation has increased by a quarter of the total in recent decades, according to the Ministry of Agriculture, taking over land formerly used for rainfed crops.

“We are hitting the wall of no water,” Barea said. “And it’s going to be catastrophic. We have to change our mindset. »

In neighboring Portugal, authorities have restricted the use of some reservoirs for hydropower and irrigation amid an unusual winter drought, prioritizing drinking water.

As water scarcity hits southern Europe first, followed by western and central Europe, the UN report says irrigation will continue to be a solution for some to feed a continent that warms, but it will be limited by the availability of water.

Additional means of watering crops won’t even be an option in places like southeastern Spain, according to food systems expert Marta Rivera-Ferre, who helped edit the report.

“The high risk of drought there should give us pause to think again about how best to adapt,” she said.

Patrick Verkooijen, chief executive of the Rotterdam-based Global Center on Adaptation, said the report’s message is “that for many the time has already come to adapt or die”.

“The cost of inaction is much higher than the cost of action when it comes to making agriculture and food systems climate resilient,” he said.

Follow all AP stories on climate change at https://apnews.com/hub/climate.

It is not acceptable to enter, throw away or steal crops from farmer-owned properties