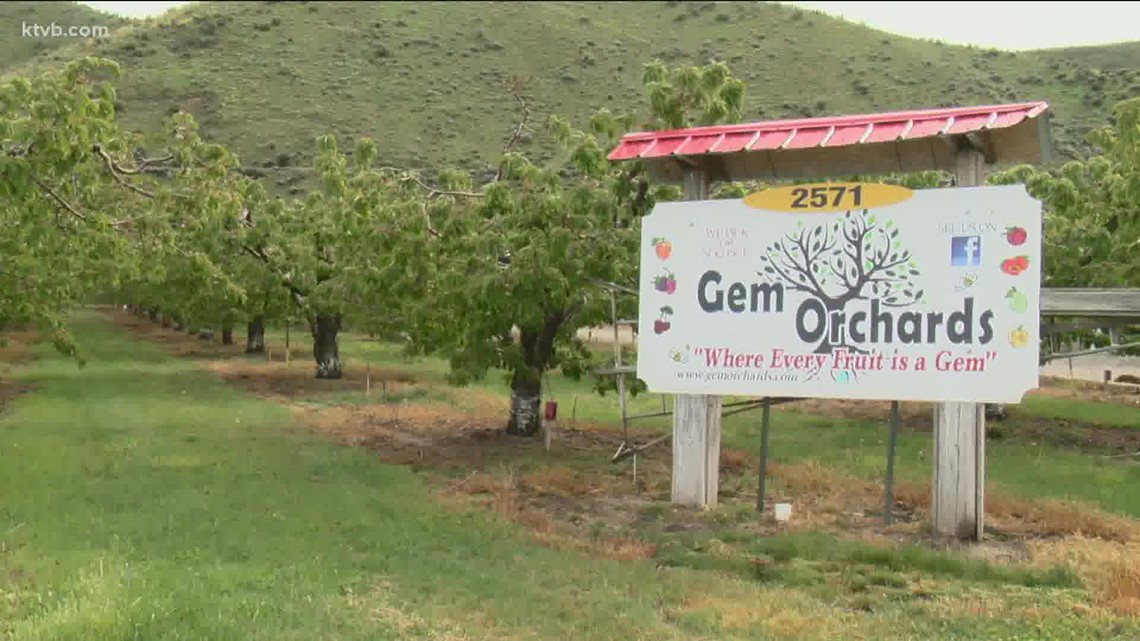 At 28 degrees, Gem Orchards in Emmett will begin to shed fruit, just before harvest.

EMMETT, Idaho — Cherries close to harvest — much like Lance Phillips’ crop at Gem Orchards in Emmett — are vulnerable to cold temperatures. Amid a frost warning through Monday evening, Phillips is working around the clock to save his fruit.

“You lose some sleep. But as farmers, that’s what you do,” Phillips said. “If we drop five or six degrees below our critical temperature, we could lose everything. That would be a year’s worth of income.”

To combat the cold temperatures, Phillips uses a combination of burr pots and fans. The pots burn diesel fuel and send out a 15 foot beam of hot air. Fans push this hot air through the cherry orchard to keep temperatures from dropping to critical levels.

Pots and fans can only raise temperatures by 2 or 3 degrees, Phillips said. He hopes that’s all it takes.

Gem Orchards is a top supplier to the annual Emmett Cherry Festival, according to the Gem County Chamber of Commerce. If the fruit is lost due to freezing temperatures, prices could potentially rise to compensate for the lost product, according to Phillips.

An acre of cherries at Gem Orchards is worth between $10,000 and $15,000. Protecting the harvest is not only necessary for his livelihood, but also for the 8 seasonal workers on his staff, according to Phillips.

Check out the latest news from Treasure Valley and Gem State in our YouTube playlist:

Alert in Castellon after the detection of “Pseudococcus longispinus” in…