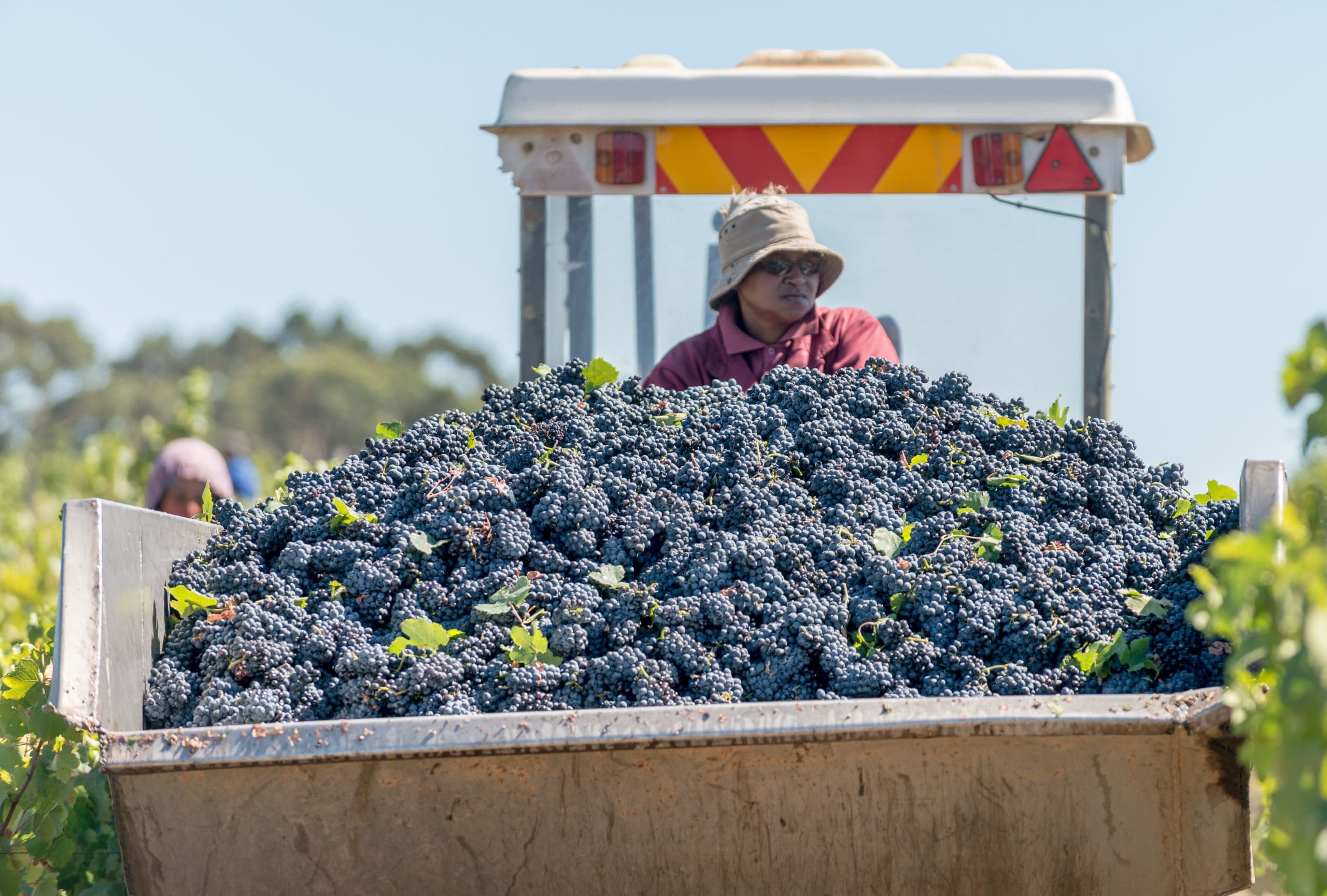 Tons of premium fruit hanging in the vineyards of Mzansi

For Mzansi wine producers, the industry is finally starting to show signs of life after two years of stress, uncertainty and loss induced by Covid-19. With abundant rainfall in 2021, winegrowers are holding out that 2022 will bring a bumper harvest. And although the season starts late, the farmers are satisfied with their “promising and healthy” harvests hanging (almost) ripe and ready on the vines.

Etienne Terblanche, winemaker at wine industry body Vinpro, said the 2022 harvest in South Africa looks promising after many months of unfavorable conditions for the industry.

The first harvest estimate of the season puts the harvest at 1.42 million tonnes. This is 80,000 tonnes above the five-year industry average of 1.34 million tonnes, although 2.2% lower than the 2020 harvest, which stood at 1.45 million tonnes.

Terblanche tells Food For Mzansi that moderate weather conditions during the initiation of the clusters led to well-defined clusters, which are already clearly visible in the field.

“The cold and rainy conditions during winter dormancy resulted in uniform budding and even shoot growth,” he says, adding that a large amount of water was stored in the soil and irrigation dams. to promote growth.

Younger vineyards will contribute a lower than normal yield to the total harvest, due to careful planting in 2018, which was the last year of the current drought.

“At this early stage, the 2022 crop appears to be in line slightly lower than the excellent crop of 2021, while still being significantly higher than the drought-stricken 2015-18 crop.

“Continued cool conditions will likely result in a later harvest start than usual, while we can expect quality wines with great freshness in the glass,” he says.

So many wine lovers can expect their normal wine tastings to go as hoped, but for winemakers this is exciting news given the many months of closure and uncertainty.

Shawn Mathyse, winemaker at Ken Forrester Wines, says the industry is starting to show some life after months of stress for workers and uncertainty for farmers.

“I think it’s going to be a great year. Quality fruits are waiting for you! And no alcohol ban in sight. The local support has been tremendous, we are slowly moving on to the negative effects Covid has had on the industry and we are now able to breathe a sigh of relief. “

Franschhoek wine producer Paul Siguqa says he is optimistic for a great year ahead.

“This year is sure to be an exciting one, just because the curfew has been lifted. This means longer hours in our restaurants and farms, and ultimately our products will be consumed much longer.

“Covid-19 has had a very negative impact on our sales and production, so we hope that this year we will have less restrictions so that we can also expand our business,” he said.

Siguqa adds that it is important for the industry to grow and pick up the pieces after two years of setbacks. The revival of the sector will create jobs and rejuvenate the economy, he believes.

“We want to have a cellar on our operation in order to increase our yield. In addition, we hope to introduce new bottles to the market for our customers.

Siguqa urges all stakeholders to work together to ensure the sustainability of a sector severely affected by the pandemic.

A return to normal harvests

KWV winemaker Izele de Klerk told Food For Mzansi that the season is about two weeks later than during the drought years of 2015 to 2018. “But when you think about it [back to] before years of drought, this is actually normal. We are returning to a normal harvest after years of drought.

“We had a lot of rain in 2021, so well done for a bumper harvest. But as I always say, expect the unexpected. We will never know what this specific harvest will bring us, ”she says.

We can expect a fairly large harvest, with good overall quality.

Farmer and winemaker Philip Jonker agrees that while the harvests are late this year, his harvest looks promising and healthy.

“The summer has been relatively cool and humid so far, with many overcast days. The vineyards are always a vibrant light green color and quite vigorous, ”he says.

According to Jonker, his harvest should start with Chardonnay or Classic Cape by the end of January.

“We hope that in the coming year we will have fewer restrictions because, frankly, our economy needs to be revived, especially the hotel industry which is taking many of our brothers and sisters off the streets thanks to to job creation.

“We want [enjoy] these wines after a very hard day’s work and not told they can’t be sold. The economy must move and jobs must be created.

Sign up for Mzansi today: Your daily perspective on agricultural value chain news and events.