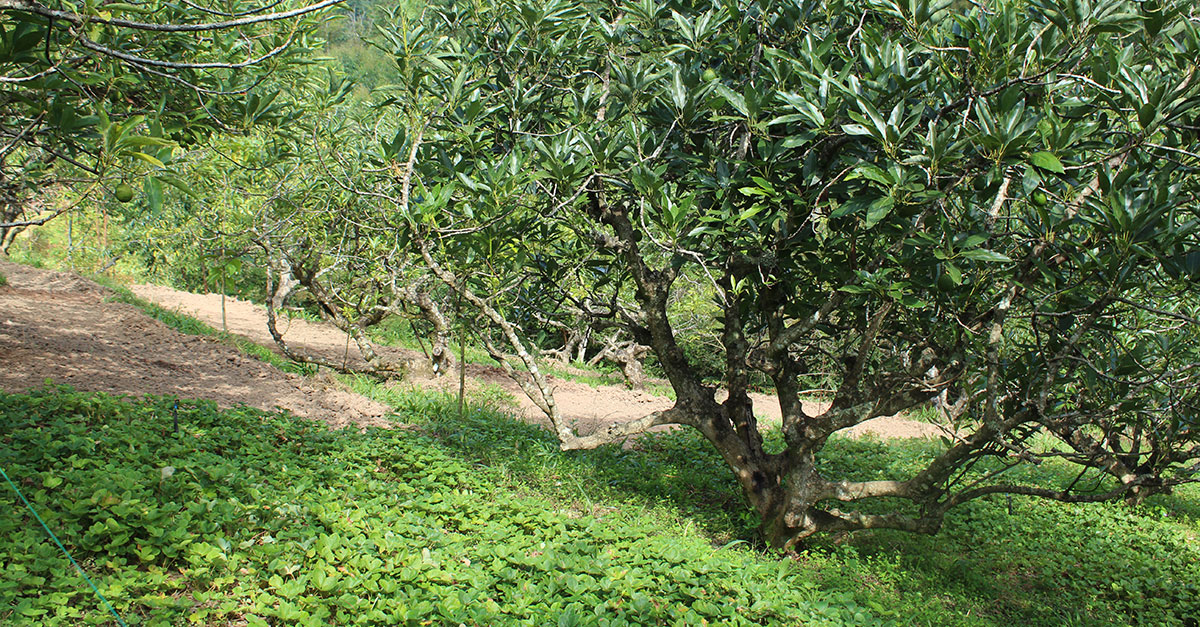 The mushrooms that saved a farmer’s avocado orchards

Faced with withered and unproductive avocado trees, Limpopo farmer Christa Rebel decided to replace them with another crop. In the meantime, however, she planted strawberries on the orchard floor. Then, by chance, she discovered nature’s remarkable ability to repair itself.

For a novice farmer, finding the best cultivation methods can be a time-consuming and expensive process of trial and error. Christa Rebel, who farms near Tzaneen in Limpopo, found herself at the end of her tether trying to revive an avocado orchard.

“These Hass avocado orchards were on the farm when we bought it in 2016. They really weren’t in good shape because the previous owners were more of a lifestyle farmer and didn’t lend them a lot of money. ‘Warning.

“I tried to revive them, but nothing seemed to work. I believe in organic farming, which makes it tricky given the lack of chemical aid. But as I struggled, I resorted to injecting the tree trunks with a solution of ammonium sulphate. It was such a horrible process! Every time I tried to squirt the liquid into the shaft, it splashed back on me.

With the trees continuing to lose leaves and fail to bear fruit, Rebel eventually abandoned the orchard and decided to use the land for another crop. However, constrained by cost and time, and not wanting to leave the ground bare, she decided to plant strawberries on the orchard floor as a stopgap measure.

Permaculture
“I follow a permaculture style of farming, where all the land is planted with crops or covered with mulch, and the areas complement each other. The farm is therefore quite diversified, with a few dairy cows whose manure is used for compost, flowers planted for the bees, and hens that roam, fertilize the soil and take care of harmful insects.

“Since I started a permaculture approach on the farm, I can see how life has returned to the area. The ground was dead and the wildlife wasn’t particularly diverse before, but now I can see a variety of birds, insects and animals that have returned.

Rebel chose strawberries for the orchard floor because they grow well in partial shade and she also had access to plenty of plant material.

“Our farm is on a mountain slope and surrounded by native forest, so only a small portion of it gets direct sunlight. Also, my cousin grows strawberries nearby and they were growing quite quickly, so I decided to take the excess plants, grow them and resell the plants.

Perfect partners
Rebel planted the strawberries between the rows of avocado trees and under the trees, and was
quickly focused on caring for the young plants.

A few months later, however, she watched with amazement as the old avocado trees came back to life.

“The strawberries were getting hardly any sun as the trees had started producing new shoots and the foliage was quite robust. Now, two years later, I get an avocado yield of 16 t/ha. »

When Rebel began to investigate the mysterious tree rejuvenation, she discovered that by planting strawberries in the orchard, she had brought in valuable mycorrhizal fungi. Strawberry plants are good hosts for fungi, which attach to the roots and then spread through the soil.

Mycorrhizal symbiosis has been recognized as one of the most important of its kind on earth. About 80% of all known land plant species form mycorrhizal interactions with ubiquitous soil fungi.

The majority of these interactions are mutually beneficial as they create a two-way exchange of resources across the mycorrhizal zone. Mycorrhizal fungi provide the host plant with nutrients, such as phosphate and nitrogen, and increase the host plant’s resistance to drought, salinity, heavy metals, and disease. The fungus, for its part, feeds on the sugars provided by the host plant.

“I didn’t treat strawberries any differently than avocados, so I know the new growth isn’t the result of changing growing practices. We have an avocado block where we didn’t plant any strawberries, and you can definitely see the difference. I am now planting strawberries there as well.

“The best part is that the strawberries reproduce very quickly, completely covering the ground. But there is no need to cut them, as is the case with grass and weed cover crops. This is the foundation of permaculture: if you have the right complementary systems in place that take care of each other, it leaves you with very little work to do at the end of the day. And now I have strawberry plants and avocados that bring me income.

Due to the cooler climate on the mountainside, Rebel’s avocado harvest doesn’t start until August, but continues through January. At this time of year, the traditional production of avocados begins to decline, allowing him to get a premium for his harvest.

“Although we farm on a small scale and only have one hectare of avocado trees, the fact that I can get two crops simultaneously from the land is a big bonus.

“Plus, the fact that I didn’t have to remove and replace lawyers saved me time and money. »