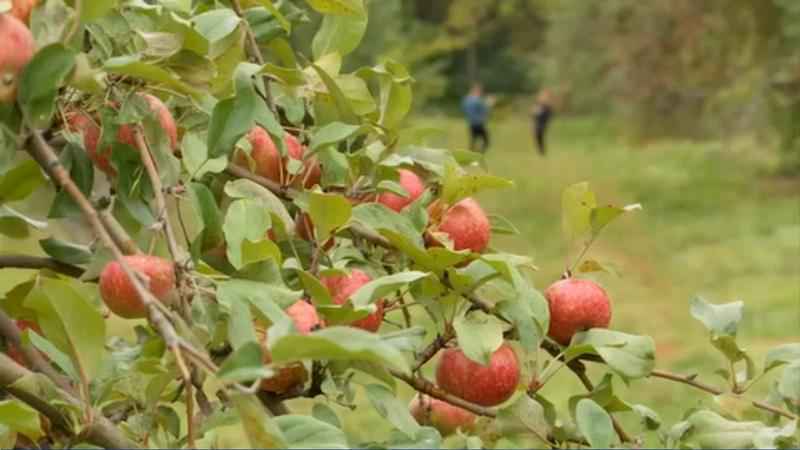 As Minnesota apple orchards open for the season, summer drought is impacting some early crops.

“2021, weather-wise, has been very interesting,” said Chris Aamodt, president and owner of Aamodt’s Apple Farm, Stillwater. “It’s kind of a hodgepodge of different things that sums up how this season is going to be.”

Aamodt said the mild onset of winter followed by very cold temperatures affected fruit budding. Then, the onset of spring caused some types of trees to flower earlier than usual.

“We’re basically seven to 14 days ahead of some varieties,” Aamodt said.

Minnesota also experienced a very hot and dry summer. Much of the state is currently in “exceptional” or “extreme” drought conditions, according to the Minnesota Department of Agriculture.

“Some of the early apples, I would say, are a bit undersized because they need that moisture to grow,” Aamodt said.

He said a few varieties may also have limited availability this year.

He said the state of the overall crop will largely depend on where you are in the state. He noted that many varieties from their farm, including the fan-favorite Honeycrisp, have bounced back with the recent rain.

“We were really lucky that some of these little popcorn storms showed up and gave us some moisture; even if it’s a quarter inch, it helps,” Aamodt said. “As soon as it rains, you can almost hear them growing.”

Apple Farm in Aamodt planted 350 new SweeTango trees this year. Aamodt said these saplings were among their biggest concerns about the drought.

“We watered them by hand, meaning a tank on a trailer on a tractor,” Aamodt said. “We watered them about three or four times, so it took about 1,000 gallons a time to water them. We didn’t want them to be stunted. We wanted them to have a good first growing season in the orchard. .”

He noted that the early start of the apple picking season does not necessarily mean the season will end early. He said the weather this fall and the use of the orchard by apple pickers will determine the end of the season.

Aamodt’s opened for the season on August 1. Apple picking will take place seven days a week until Labor Day, then Monday through Friday after Labor Day, with other activities available on weekends. Click here for more information.