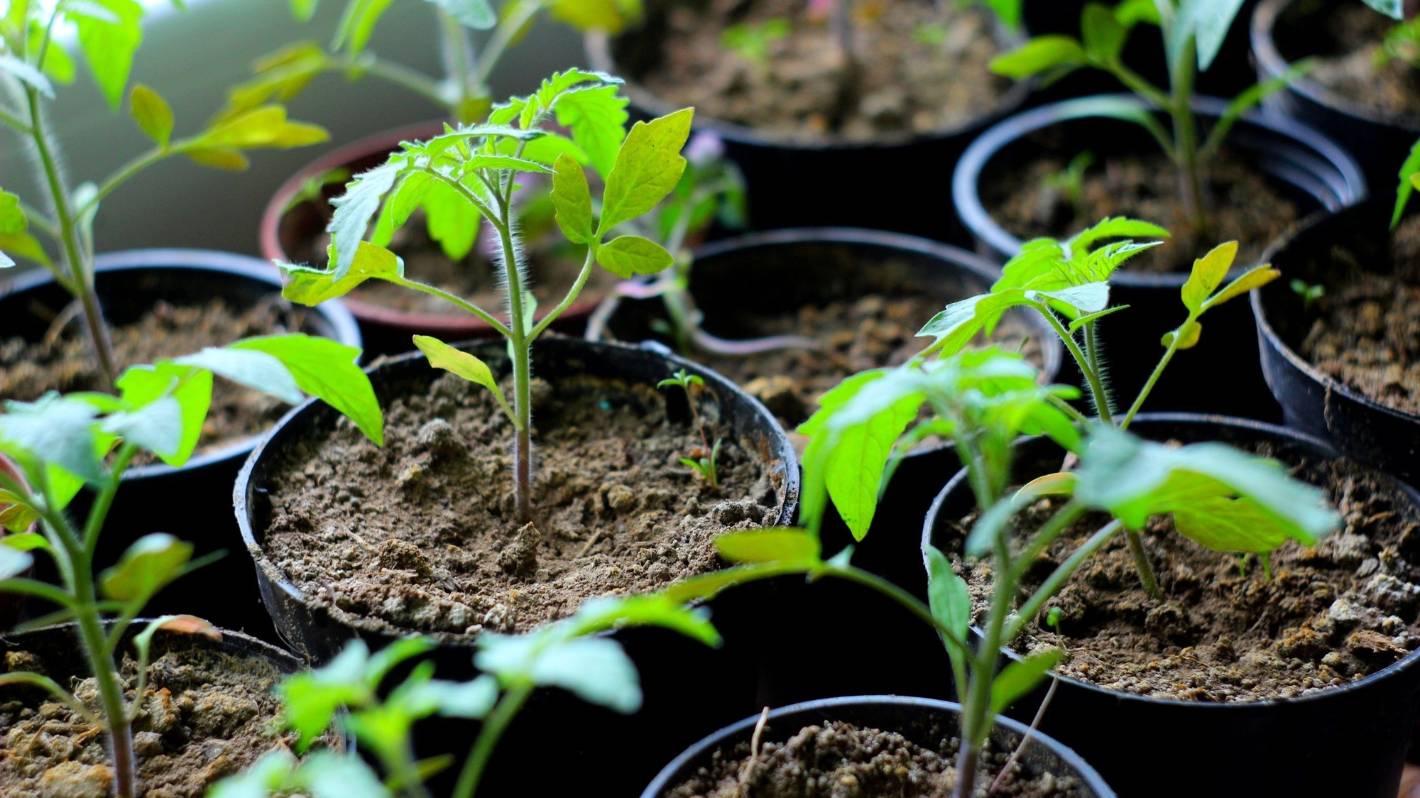 Wild winter weather has swept across the country this week, but we gardeners can see signs everywhere that spring is on the horizon, so we know it’s not too early to start our garden crops. summer !

You can now sow trays of tomatoes, chillies, peppers and eggplants, but of course keep them inside your warm house or in a heated tunnel until it is warm enough to move them into the garden – which in most of the country is not until October. .

Ideally keep your seed trays on something warm like a seedling heating pad, above the fridge or somewhere comfortable with underfloor heating – bottom heat will greatly improve strike rate – we all appreciate a blanket Electric at this time of year!

Once the seedlings appear they will need plenty of sun and warmth to keep them growing as you want them to be as tall and established as possible before you plant them outside. The larger the plants are when transplanted, the sooner they will start flowering and fruiting, and you can harvest in January (and cherry tomatoes even earlier) rather than having to wait until February or March. And that doesn’t just get you skiing at your neighbors or at the garden club, it also means you’ll get more out of the season before blight and psyllids come in full force.

READ MORE:
* The Kiwi family has been growing beautiful roses since 1947
* Good companions: best plants to grow with roses
* Buy a Plant, Save a Bird: The Bird Rehabilitation Trust funded by the sale of native plants

Asparagus needs both time and space, taking two years to grow if you start with crowns (and three if starting from seed) and requiring a dedicated bed. And considering you need at least 10 plants for a decent harvest, with 40cm between each plant, it can take up a lot of space. But it’s fairly easy to grow and produces for over 20 years, so it’s worth starting now if you have the space.

Dormant crowns are available at the garden center this month, or sow seeds in deep trays for planting in a year. And if you reasonably did this job a few years ago, you could be picking asparagus as early as late August or early September.

Now is the time to make hardwood cuttings

This method works for deciduous shrubs, fruit and ornamental trees, berries, roses and vines. These are the easiest cuttings to strike because being dormant without leaves, they don’t need the moisture and watering that hardwood softwood cuttings do.

Grapes, figs and blackberries are almost foolproof to start with – you can just plant them in the garden and wait.

Start by selecting fresh, healthy growth. Cut the base of the cutting under a node, leaf bud or branch union as this is where the most vascular tissue is found, increasing the likelihood of root formation. If you can pull the cut from a tether branch to get a stub, even better. Using angled cuts above a node or bud at the top and a straight cut below a node takes the guesswork out of ensuring the cutting is planted the right way up later.

Wounding the base of a cutting by removing a slice of bark exposes more of the cambium layer where the cells will grow into roots.

You can dip the base of the cutting in rooting hormone powder or make your own using willow water. Cut willow twigs into small pieces and/or hammer them to break the bark and expose the underlying green cambium. Add about a 1 cm layer of willow pieces to one-third of a bucket of water. Some people boil it, or you can let it steep for a day or two, then soak the cuttings in it for 24 hours before planting. Another trick is to dip the cuttings in honey or molasses.

Poke two-thirds of the cutting into the dirt, leaving one-third exposed – making sure you plant it the right way up.

To prevent your cutting from drying out, tie a plastic bag over the pot. However, you also want to keep the top cool so the energy is used to form roots rather than leaves. To warm the ground but not the air, you can buy horticultural heating mats or improvise with a pet bed warmer or similar gadget (but for safety reasons, remember that water and electricity are dangerous bedfellows). Then wait. You probably won’t see much action until spring – and usually they’ll be established enough to repot or transplant by next fall or winter.

Prune your roses and plant new ones

There is still time to prune your roses. Repeat-flowering roses (as opposed to one-flowering ones) should be pruned at the end of winter. It’s nearly impossible to kill a rose by trimming it, so don’t be shy, we all recover from a bad haircut!

Try reducing the height of your roses by about one-third to one-half. When making pruning cuts, make a sloping cut that starts about half a centimeter above the bud and slopes back. This is done to prevent water from pooling on the cut. Then, saw off any crossing stems and any damaged or diseased wood. Prune to open the center of the plant for ventilation and to prevent disease. Turn some of your prunings into cuttings as described above. Simply prick them around the mother rose’s drip line, in a corner of a vegetable bed or pot.

A few days after pruning, apply a copper and oil winter cleaning spray. If your rose bush has a bad scale problem, apply lime sulfur.

Garden centers are full of new roses right now, so why not plant a new one. Choose a spot that has sun for at least half a day and dig a hole deep enough so that the bud union (where the branches meet) at the base of the plant is covered with soil once the rose is planted. Newly purchased roses require only very light pruning to remove diseased or damaged wood.

Gardening under the moon

On July 29 and 30, plan your to-do lists and prepare the beds for the fertile period beginning July 31, when you can plant Asian greens and other leafy vegetables. Sow dwarf peas and snow peas.

Traditionally the coldest month – Hōtoke – but this has different connotations depending on where you live. Either way, the influence comes from the star known as Takurua (Sirius) which represents the full onslaught of cold. The full moon on the 14th will be the coldest, so protect vulnerable plants if necessary. Perennials will enter a phase known as moe-hōtoke or hibernation and we can take advantage of this to tidy up and prune, as the essence of these plants will be protected underground. So prune your orchard and perennial trees and clean up the site to reduce any impact from lingering pests or diseases. Remember that many plants need exposure to cold to help them mature and flower (like cane fruit), so accommodate their needs as much as possible – prune before the 14th. Dr. Nick Roskruge