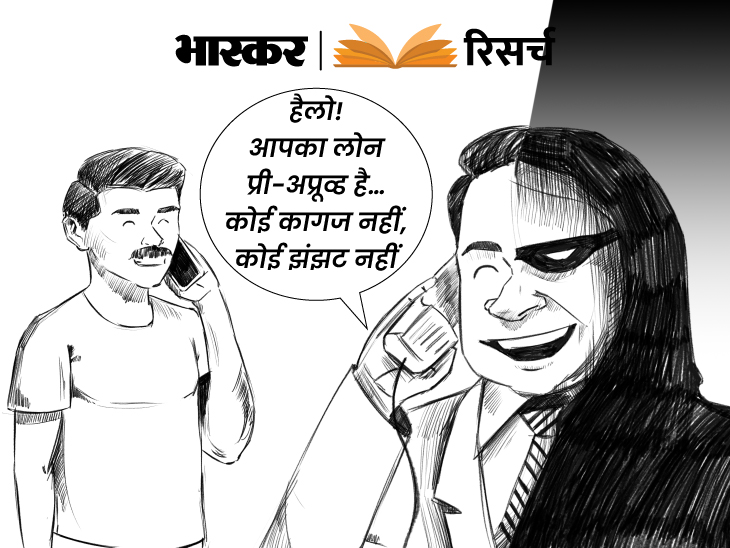 Easy loans…on demand at your fingertips…straight to your bank account…. You will find thousands of money lending apps with such golden promise on play store. A few days ago, when RBI was reviewing 1100 loan applications on different platforms, 600 or 54% were illegal. Far from removing these applications, the number of loan applications has increased to 1290.

In fact, until now, Google applied its own rules for placing or removing such apps from the Play Store. Under those rules, it had also taken down many apps. But on August 10, RBI announced that it would publish the list of registered loan applications. Only lending apps included in this list can be kept on play store.

More than a month and a half have passed since this announcement. So far, the RBI list has not been released. On September 2, the regulatory bank issued a guideline for digital lending, but the list of registered apps has yet to arrive. For this reason, the Google Play Store is also confused about the implementation of its rules.

The RBI had received a total of 2,562 complaints of rigging of digital loan apps between 2020 and 2021. Since 2019, 64 people have committed suicide due to the recovery methods of these loan apps. It is believed that RBI has decided to issue a new guideline and a new list of registered applications due to these loan application riggings.

But despite this directive, there are many such loopholes due to which digital lending will remain risky. Understand… what is the status of loan applications in India… how much will the situation change with RBI guidelines… and how to identify the right loan application.

1) People don’t even know who’s behind the app

What is the problem : This system creates confusion for the common man. Because lending apps never directly mention in their description that they are NBFCs themselves or are associated with a registered entity.

Even the app description of Bajaj Finserv, the most popular credit service, does not mention that it is a registered NBFC.

There are more than 34 lakh apps on Google play store. It also has over 1200 loan applications in India. There are also many with similar names. It is difficult to identify the good in this crowd.

What is the rule : RBI says that any type of charge or penalty from the borrower of the loan should be taken by the registered entity i.e. the bank or NBFC itself and that also in their account .

What is the problem : The borrower often does not know which bank or NBFC the app is getting the loan from. The interaction between the application and the client is not monitored. In such a situation, many applications obtain loans from the bank, but in the name of fees and penalties, they collect the customer’s money from his account.

What is the rule : According to the directive, each registered entity must provide a declaration of key information to the customer before disbursing the loan. This statement should contain the amount of the loan, the interest charged, the annual interest rate, the amount of the EMI and the term of the loan.

What is the problem : Many apps claim that the loan amount will reach the account as soon as the app is downloaded. In these loans, the customer gets to know the interest rate later. Apps that sometimes show interest rates are something else and actually charge something else.

What is the problem : It doesn’t happen. The customer does not even know who is coming to pick up. Many applications put pressure on the customer to collect their loan, even without the knowledge of the bank.

In point 9 of its guideline, RBI said registered entities i.e. banks and NBFCs should conduct a thorough investigation before giving work to a lending service provider.

Banks or NBFCs use these digital lending apps to grow their business. A bank assigns the work to several loan service providers in order to reach as many people as possible.

Because of this ambiguity, each bank and NBFC looks at these loan service providers on a different scale. Some scales are hard and others very soft.