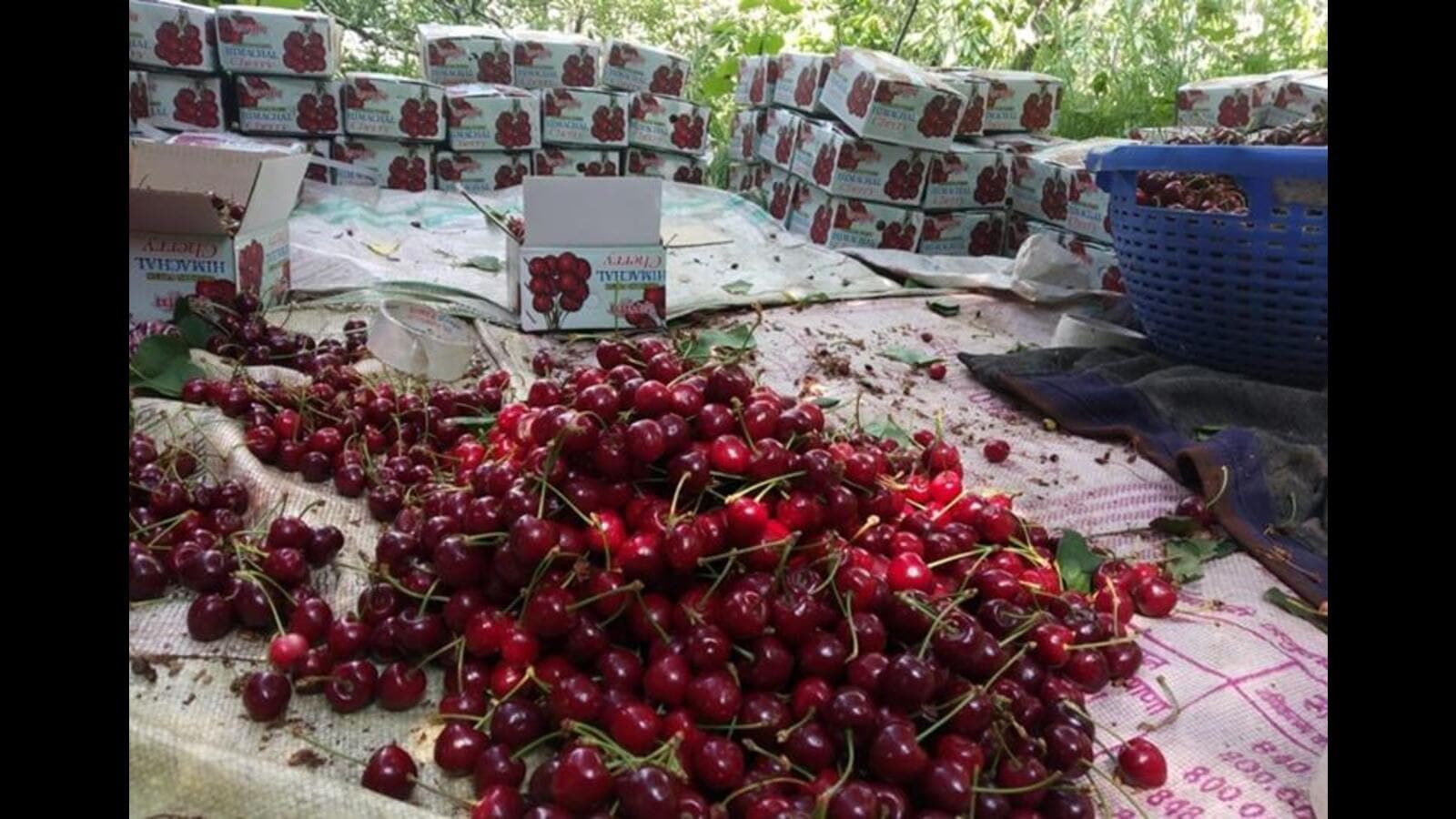 Cherry growers in Shimla district, which produces 75% of Himachal Pradesh’s stone fruit crop, have sought help from the state government to protect their trees against the rare disease Cherry X caused by the phytopathogenic phytoplasma. Growers, especially in the Baghi area of ​​the district, are forced to cut down trees to prevent its spread by leafhoppers.

Concerned growers and experts met with government officials in Shimla on Wednesday to find a solution to the problem that has plagued the region for a year. “The government is making efforts with farmers to find a long-term solution to eradicate the disease. Plans are underway to zone and map infected and vulnerable cherry-growing regions of the state ahead of the blooming season in March-April,” said state Director of Horticulture Sudesh Mokhta.

Seven varieties of cherries are grown in the mid- and high-altitude regions of Shimla, Kullu, Mandi, Chamba, Kinnaur and Lahaul and Spiti districts. At least 10,000 smallholder farmers cultivate cherries on 550 hectares of the total fruit-growing area, with 75% of the cultivation taking place in Shimla district. Cherry is considered a better alternative to apples by growers because apple trees take 10 years to grow, while cherry trees mature in three years.

Growers in the upper Baghi region have started removing infected cherry trees, which are host to the infection that can be spread by a vector.

“The disease is spreading rapidly from one orchard to another in Baghi. Many farmers removed cherry trees from their orchards after scientists discovered the presence of phytoplasma,” said Ashutosh Chauhan, a progressive farmer from Baghi. “The government should ensure that all diseased plants are cut so that the disease does not spread to nearby panchayats such as Ratnari and Nawar Tikkar,” he said.

Plum Growers Association President Deepak Singha said: “The leafhopper has the ability to spread disease within a radius of 400 meters per year. If left unchecked, it can destroy the cherry growing areas of Baghi, Thanedhar and Narkanda within five years, resulting in loss of ₹200 crores. The situation is therefore alarming. »

Singha was among the farmers who met with government officials, urging them to ensure that infected trees are removed. Farmers also want the horticulture college to set and publish an integrated spraying schedule.

A year ago, the owners of cherry orchards noticed that the trees were drying up quickly. Scientists from Dr Yashwant Singh Parmar Horticulture and Forestry University of Nauni in Solan district visited the rich Baghi region in Kotkhai which is known for its quality fruits. Farmers first noticed the disease in June, and scientists visited the affected region in September and October.

Infection reduces fruit size and quality of sweet cherries. Unlike Little Cherry Virus-2, where the fruits often still have flavor, the fruits of trees infected with Cherry X disease are often bitter. Fruits have a reduced content of fructose, glucose and sorbitol. Red, Black Heart, Durane Nero, Stella, Celcier, Bing, Merchant and Sunburst are some of the popular cherry varieties.