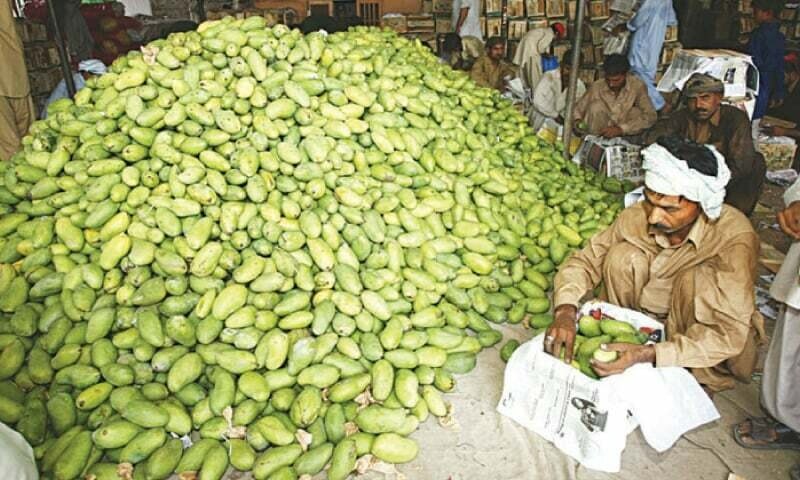 HYDERABAD: Considerable losses are being reported in mango orchards this season, forcing contractors in several cases to revoke their contracts with orchard owners.

Annual mango orchard contracts are a normal phenomenon in Sindh rather a strong trend among growers as most owners do not manage their orchards and rent them out. However, some winegrowers still maintain orchards themselves and in a progressive way.

“I canceled two contracts for mango orchards in Hyderabad (rural) taluka,” shares Mohib Ali, alluding to his contracts of Rs 15 million and Rs 3.5 million for 40 acres and 15 acres of orchards. “Both orchard owners want me to continue managing the orchards, but I doubt I can harvest a better product,” he says.

He made partial payment of Rs3.7m against Rs15m and Rs1m against Rs3.5m contract. “But I find it difficult to honor the contracts and bear the loss of partial payment because the fruits are affected by the disease,” he says while observing that the weather conditions did not go well for this orchard. .

His assessment was that when dew visited the mango trees, it did not dry up afterwards. “Then came the loss due to the high speed winds in the last week of April. So I doubt it will give better returns. If I have paid the remaining contractual amount, I will not be able to recover it within orchards given his current state of health,” he said.

Still, he tried to make some recoveries in terms of money by sending four vehicles with 1,110 boxes of 10 kg each of unripe mangoes of several varieties like Sindhri or Saroli – fallen due to high-speed winds – to Peshawar all using calcium carbide for the curing process. “The rest of the unripe mangoes will be used for the sweet chooran [digestive or aromatic powder] consumed by children. Its market price remains invariably Rs4,500 to Rs5,000 per maund,” he informs.

Sajjad Memon preferred to cancel his 4 million rupees contract for a 20 acre orchard in Sanghar district even after making a payment of 30pc (or 1.3 million rupees out of 4 million rupees). He did this after the water shortage dealt a severe blow to the health of the fruit in the orchard. “Scarcity of irrigation water at a crucial stage means loss of productivity,” he says.

He got the contract last year in August and invested in fertilizers and sprayers. However, the disease did not subside. Subsequent weather conditions, especially water scarcity, negatively affected the trees. More investment on his part in terms of annual labor cost, purchase of wooden crates or miscellaneous expenses during picking would be an additional burden. And he does not expect a better harvest to await him. So, he thinks, it’s better to end it here and settle for small losses. “The owner of the orchard gives me a favor of 0.5 million rupees, which does not work mathematically,” he says.

Entrepreneurs like Asghar Pitafi are lucky in some ways. He is able to save several contracts involving Rs30m due to the availability of fresh groundwater in the orchards. “Otherwise, my friends suffered losses in the same area due to lack of water and loss of fruit,” he says.

Former orchard owners like Nadeem Shah in Matiari know how to protect the orchard from high-speed winds. He points out that orchards protected by windbreaks always report lower losses in the drop that usually takes place. He adds that “Older orchard owners grow a variety of desi (local) mango trees like Chaunsa on the orchard boundaries which serve as windbreaks.”

He says these varieties have an unusual height with massive growth of thick branches/leaves to absorb the high speed wind against the fruit,” he explains. He also let out his 16-acre orchard. “My contractor managed to save the crop as I had fresh groundwater which allowed me to offset the impact of the water shortage. The loss is there but the crop remains healthy,” he says .

Papa Mohammad Baloch, Senior Mango Scientist/Director of Mirpurkhas Horticultural Research Center, agrees with Nadeem’s view, saying that these orchards have reported less losses where there are windbreaks. He estimates that losses of 10% have been reported due to fruit loss.

Baloch said the disease factor and abnormal temperatures also affected the fruit. He mentioned that a temperature of 17 to 23 degrees Celsius is ideal for fruit in February, when the flowering and fruit setting process begins. “But the leafhopper attacked the trees after fruit set,” he adds.

Syed Mahmood Nawaz Shah notes widespread loss of full-sized fruit due to 50 km/h wind gusts recorded at his farm’s weather station in Tando Allahyar, a mango hub. “A massive loss triggered a decline in the price trend in the market, i.e. 50 rupees per 40 kg against 700 rupees the day before. It’s just a substantial loss,” he says. The fruits, he says, fell as is in full size with an average weight of 350 grams.

According to his assessment, after an unusual increase in prolonged winter temperatures in February, farmers were caught off guard, especially those who did not use advanced fungicides in trees. “Hopper blackened both the fruit and the mango tree to weaken the fruit bud with the result that the fruit fell amidst higher wind speed,” he observes. Growers who had applied larval precautionary sprays would have a better harvest and their orchards are still healthy, he adds.