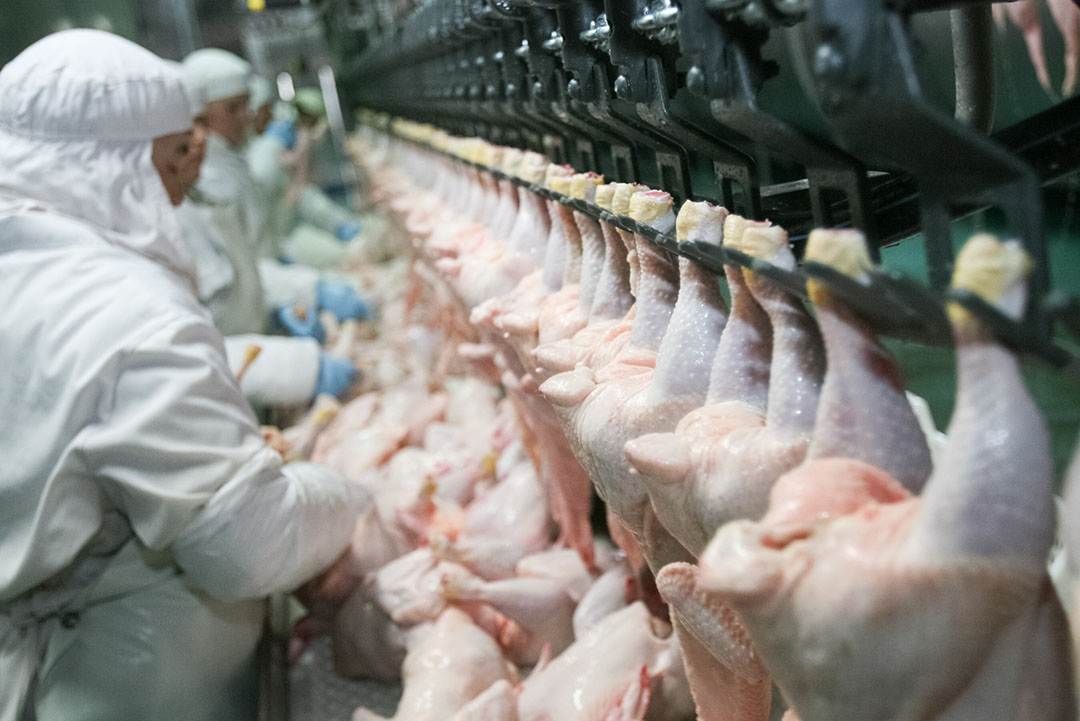 Since the 2014 food embargo, Russia has lost almost all food exports from the United States, the EU and several other countries, resulting in a shortage of certain products and food inflation. But with dedicated grants and projects, Russian agricultural companies have managed to exceed the food security goals proclaimed in most segments of the livestock industry, except for the production of raw milk. Russia is even trying to export more products.

Russia is on track to a new pea industry
Pea processing has attracted record investment in Russia, promising to deliver a wide range of new, high-value-added raw materials to the animal feed industry. Read moreâ€¦

As in previous years, the European part of Russia will account for the largest part of the growth in agricultural production and the lion’s share of the overall planned investments of around 305 billion rubles (3.8 billion euros). Until now, with the exception of cereals, foods of Russian origin were mainly exported to the CIS region. “However, the further growth of Russian agricultural exports will mainly be associated with countries in Asia, Africa, India and the Middle East,” Krasnov said.

The development of exports is expected to be driven mainly by the expansion of cereal production. As part of a strategy to develop the grain industry, the Russian government aims to produce 150 million tons of grain per year until 2030 to meet the growing demand for animal feed in the domestic market, as well than to sell more grain to foreign customers.

To fuel this growth, the Russian Ministry of Agriculture has, among other projects, recently rolled out a program to develop new varieties of highly productive cereals for 6 billion rubles (80.3 million euros). The program envisions the development of at least 26 competitive crop varieties, including at least 17 varieties by 2025.

Russia will continue to import GM soybeans until 2023
Russia’s Agriculture Ministry seeks to maintain current rules for importing GMO soybeans until at least January 1, 2023, so as not to jeopardize “feed buying campaign, business plans livestock and poultry enterprises, and not to cause an increase in the prices of animal feed “. . Read moreâ€¦

â€œIn the global market, we see 3 relatively new processes, namely the emergence of hybrid wheat varieties, genome editing using CRISPR technology and the commercial development of GM seeds. Each of these phenomena, if successful, can dramatically reverse the trend in the grain market and pose a serious challenge to our traditional seed production, â€said Dmytri Rylko, Managing Director of the Russian Institute of Agricultural Market Research. , to the local magazine Agroinvestor.

The main goal of the new program is to rebuild the Russian grain industry and convince farmers to switch to more valuable grains. As explained by Elena Turina, director of the analytical department of the Russian Cereals Union, the current production of valuable high-gluten wheat, or durum, in Russia is insufficient, and this is the problem that the new program aims to solve.

Over the next decade, Russia will need more grains to feed the growing poultry population as the country is on track to increase poultry exports. â€œCurrently, we export around 300,000 tonnes of poultry per year. In 2025, our goal is to increase this figure to 700,000 tonnes, and reach 1 million tonnes by 2030, â€said Galina Bobyleva, Director General of the Russian Union of Poultry Producers.

Russian turkey meat exports are expected to quadruple over the next decade, with Russia likely becoming the world’s second largest turkey producer, with relatively weak domestic demand. “Given the increase in production volumes, as well as the opening of new markets, Russian turkey meat exports could climb to 35,000 tonnes per year by 2030 (worth 66.9 million euros) “, predicted Agroexport.

Presentation of the 10th edition of All About Feed for 2021
This 10th edition of Everything about the flow focuses on poultry and explores the concept of enriching a chicken embryo with creatine. The result of orange corn as a feed on the color of the egg yolk is taken into account, and the quality and quantity of water in the henhouses are given special attention. Next comes a major change for the industry with the authorization of processed animal proteins for poultry and pig feed. Read moreâ€¦

According to Agroexport, the greatest prospects for Russian poultry exports, and in particular turkey exports, lie in Africa (especially South Africa) as well as Asia and the Middle East. “Due to the high proportion of the Muslim population in regions like Africa and the Middle East, most likely, the growth of exports to these regions will lead to an increase in the share of exports of products certified in accordance with Halal requirements.” said Sergey Lakhtyukhov, director general of the Russian Union of Poultry Farmers.

Lakhtyukhov expects Russian poultry export growth not to be huge over the next few years due to restrictions related to the Covid-19 pandemic, as well as other factors such as increased logistics costs international deliveries. But, in the long term, the expansion of the export supply is expected to contribute to the development of the Russian poultry industry. The expansion of poultry exports is expected to lead to significant changes in the Russian grain industry. Historically, Russia has mainly focused on wheat production. However, according to all projections, soybean and corn production is expected to increase rapidly in Russia over the next decade.

An efficient food industry should be the cornerstone of the next Russian export development campaign. “Gone are the days when the Russian livestock industry thrived in perfect conditions, protected from imports by sanctions,” commented a source from the Russian livestock industry. â€œIn overseas markets, we have to compete with the strongest and most efficient companies in the world, which means our companies have to be as efficient as possible. “

Russia hopes to increase grain exports to China
China is on the verge of opening its market for the supply of grain to the whole of Russia, said Anton Karmazin, deputy head of the Russian veterinary watchdog Rosselkhoznadzor. The next trade deal should benefit both countries. Read moreâ€¦

At the same time, according to Laktyukhov, the Russian poultry industry is under pressure from rising production costs, which is mainly associated with expensive animal feed. â€œAn increase in production costs leads to an increase in the price of the final product. In the current environment of inflationary growth, the purchasing power of domestic consumers has declined considerably. Currently, poultry farmers do not have the ability to increase the selling prices of chicken carcasses. Exports of more expensive poultry products, such as cuts of chicken and processed poultry products, would undoubtedly reduce the degree of these pressures, â€Laktyukhov concluded.

What we learned about cover crops