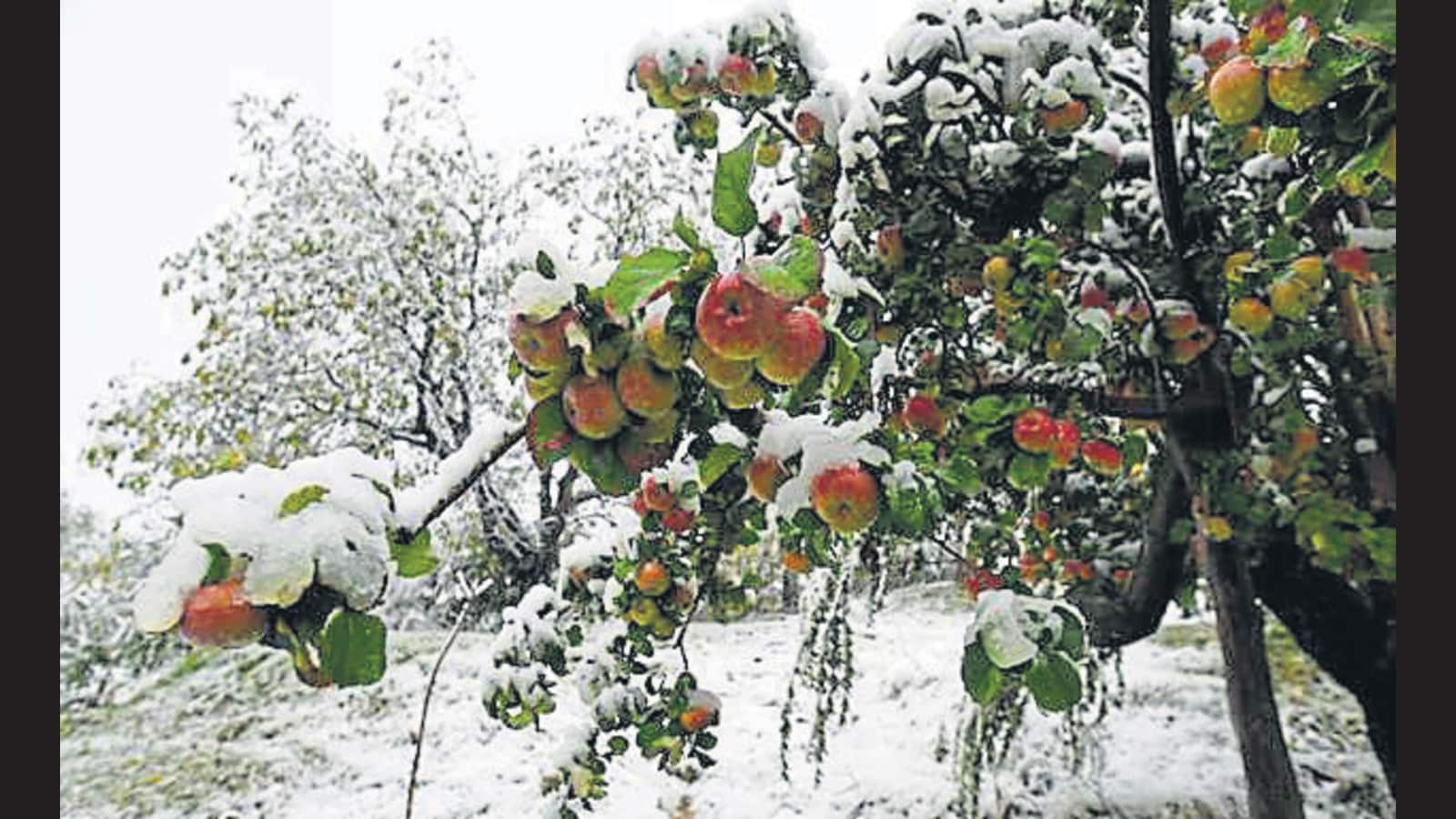 Early snowfall in the southern region in October caused heavy damage to the orchards and 30% of the fruit crop that was ready for harvest was lost due to the fury of nature.

Officials said this year, while orchards in northern Kashmir saw fewer fruit harvests, orchards in the south had a bumper crop. The untimely snowfall of the third week, especially in the upper parts of Kulgam and Shopian districts, affected not only the fruits, but also the trees were damaged or uprooted in many places.

He said that in southern Kashmir, growers had a bumper harvest this year.

“Unfortunately, growers suffered damage to 30% of the crop or lost mature apple trees due to snowfall,” he said.

He said the snow damaged the apple in the upper belts of Shopian and Kulgam districts.

“Despite our advice, many growers were unable to complete their harvest due to lack of manpower and other issues. After migrant workers left Kashmir in mid-October shortly after the killing of non-locals in different parts of Kashmir, labor shortages also affected the timely harvest in some areas, although most of the harvests are carried out by the inhabitants themselves, ”he added.

“A timely harvest has reduced losses to some extent, otherwise things would have been worse,” said Bhat, who called on growers to finish harvesting apples until the third week of October. “Sometimes growers deliberately delay the harvest, resulting in a loss of fruit harvest or damage from unwanted snow. Sometimes that helps producers get good rates in the market, ”Bhat said.

Despite the losses, many growers say the rates of apples in mandis are good. “We are getting good rates for our products, which will help offset losses,” said Farooq Sofi, a producer from northern Kashmir.

J&K Lt. Gov. Manoj Sinha on Thursday said farmers in Jammu and Kashmir who suffered losses in the recent snowfall would be given assistance.

Sinha said the snowfall was declared a natural disaster.

“The loss assessment is ongoing. Farmers will get all the help they can get, ”Sinha told the media after opening an apple festival at the Sheri Kashmir International Convention Center in Srinagar.

“We suffered losses due to untimely snowfall. This is the second time since 2019 that the snow has completely damaged our harvest. The government should declare this a natural calamity and compensate producers who have suffered losses, otherwise we are bankrupt, ”said Yasir Banday, a producer from Shopian.

Kashmir: Apple orchards may not cope with climate change, with farmers losing up to…