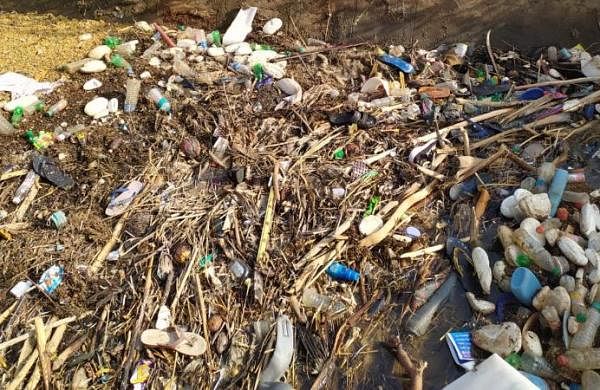 TIRUPPUR: Residents of villages near the PAP canal claim that Palladam and Pongalur poultry farms dump chicken waste and dead chickens into the water body.

Speaking to TNIE, PAP Vellakoil Branch Water Conservation Association (Kangayam-Vellakoil) Chairman P Velusamy said, “The PAP canal, which is over 124 km long, carries water from the Thirumoorthy dam to Udumalaipet to Vellakoil through 600 villages. For several months, we have been receiving dirty water containing shredded chicken. Previously, we used to find plastic bottles and lids, which we removed before letting the water drain into our farmland. I own four acres of farmland in Paramasivampalayam village in Kangayam. I have to take the waste out of the water and bury it in my land.”

Speaking to TNIE, Alagumalai Village Panchayat Chairman R Thooyamani said, “A branch of the PAP canal runs through 4 kilometers from our panchayat boundary. Many women and men avoid bathing in the water because of the foul smell. expel the waste from the river, the farmers at the end of the canal are the most affected. Despite several complaints, none of the managers are taking any action on this.

Speaking to TNIE, Sivanmalai Village Panchayat Chairman KK Duraisamy said, “Being at the end of the PAP canal, we used to get less water on many occasions. But floating poultry waste adds to our misery. Many farmers are very upset because their complaints are not taken seriously by local officials. As the water travels several kilometers from the Thirumoorthy dam, we are the first victims of the mess. Strict action must be taken against offenders and Palladam poultry farms.

Meanwhile, the Palladam Broiler Coordination Committee – Secretary K Chinnaswami said: ‘We are aware that poultry waste could pose a biohazard to the public. farms do not follow these procedures. We have regularly informed them of the seriousness of the problem, but they do not listen to us. Personally, I think strict action must be taken against small poultry farms that violate and dump poultry waste.

A district administration official said, “We have received complaints from farmers and villagers about this. We will form local units to monitor and fine offenders. Strict measures will be taken against them.