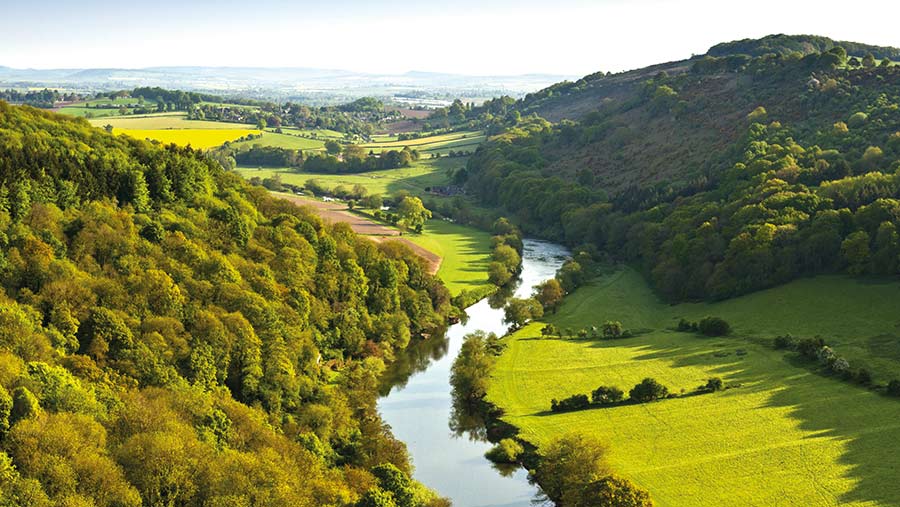 Poultry farmer pledges to help clean up the River Wye

Farmers’ efforts to reduce phosphate losses in the River Wye in Herefordshire have been significantly boosted by the poultry sector, after a large broiler production company announced measures to prevent further pollution.

Avara Foods, which has a processing plant in central Hereford, is committed to removing phosphate from poultry manure spread on local farmland by investing in interventions such as chemical phosphate stripping technology and factories. pyrolysis.

As a result, some 150,000 tonnes of chicken litter will have their phosphate taken up by Avara each year before being applied to the soils, so the annual excess of 2,000 tonnes of phosphate from the Wye Basin begins to be treated. .

John Reed, Avara’s director of agriculture, said the company is supporting actions to remove phosphate from poultry manure as part of its broader environmental responsibilities, having been made aware of the contribution of litter to chicken to the river’s excess phosphate problem.

With the phosphate input from the soil currently exceeding crop demand in the county by 30%, he stressed that a change was also needed on the part of other members of the supply chain to avoid loss of farmland.

“Collaborative measures are the way to go,” he said. “Avara has already reduced the phosphate levels in the broiler chicken feed by 7% and continues to look for other ways to improve the situation.

“Now we are committed to taking this next step with waste from broiler production, which will be done within two to three years and should help to significantly reduce the star-to-star mass balance. “

There is a range of technologies available to help Avara achieve its goals and a genuine desire to play its part in solving the problem of phosphate levels, he added.

The move is seen as a major development by Herefordshire farmers, who are hopeful that other poultry businesses, such as egg farmers Noble Foods and Stonegate, will also take action to limit phosphate losses and of soil by runoff.

“It’s a really welcome move from Avara,” said Martin Williams, who operates a farm on the River Wye in Fownhope. “We all need to adapt our practices to find viable solutions.

He adds that growers also want the nutrient-deprived Avara waste to remain available in the watershed, as a source of nitrogen and potash, for use in the spring, in accordance with the guidelines set out by the farming rules. for water.

Anaerobic digestion plants, water companies, large dairy farms and other companies also needed to play their part in improving water quality, said Kate Speke-Adams of the Wye and Usk Foundation, which pursues the priority actions identified by the working group.

“Cattle manure, sewage meal and digestate are the main sources of excess phosphate in the river,” she said.

“Avara’s commitment is just one solution that has been agreed upon from a whole range of possible measures. We also need to prevent the over-spreading of livestock manure, examine the suitability of the land on which it is applied, and recognize the threat of climate change.

What else do we do?

Avara’s efforts will be accompanied by measures at the farm level, including a poultry litter compliance program and crop monitoring trials, designed to see if plants can use the stock known as ” inherited phosphate ”.

The compliance program involves farmers testing the land before applying chicken litter, so that soils with high P values ​​are identified and classified as unsuitable for application. The cost of the analysis will be shared equally between the farmer and the manure distributor.

At the same time, application protocols are being developed, with support from the Environment Agency, to increase accountability for the use of cuttings and avoid poor nutrient planning decisions that lead to an increase in soil indices.

Soils with high P indices will be monitored to see if crops are able to access and use the legacy phosphate they contain, reducing the risk of loss to water.

As the sandy loam and loam soils of the Wye are more prone to soil drainage losses, farmers will also explore the use of wetland features to buffer land drainage from fields with high indices, to avoid nutrient losses from agricultural land drains after heavy rains.

As part of a previous water protection project, wetlands and margins introduced on 2,700 ha of farmland along the Lugg River, a tributary of the Wye, reduced levels by a third phosphate from the river.

How the vineyards found this YF&R