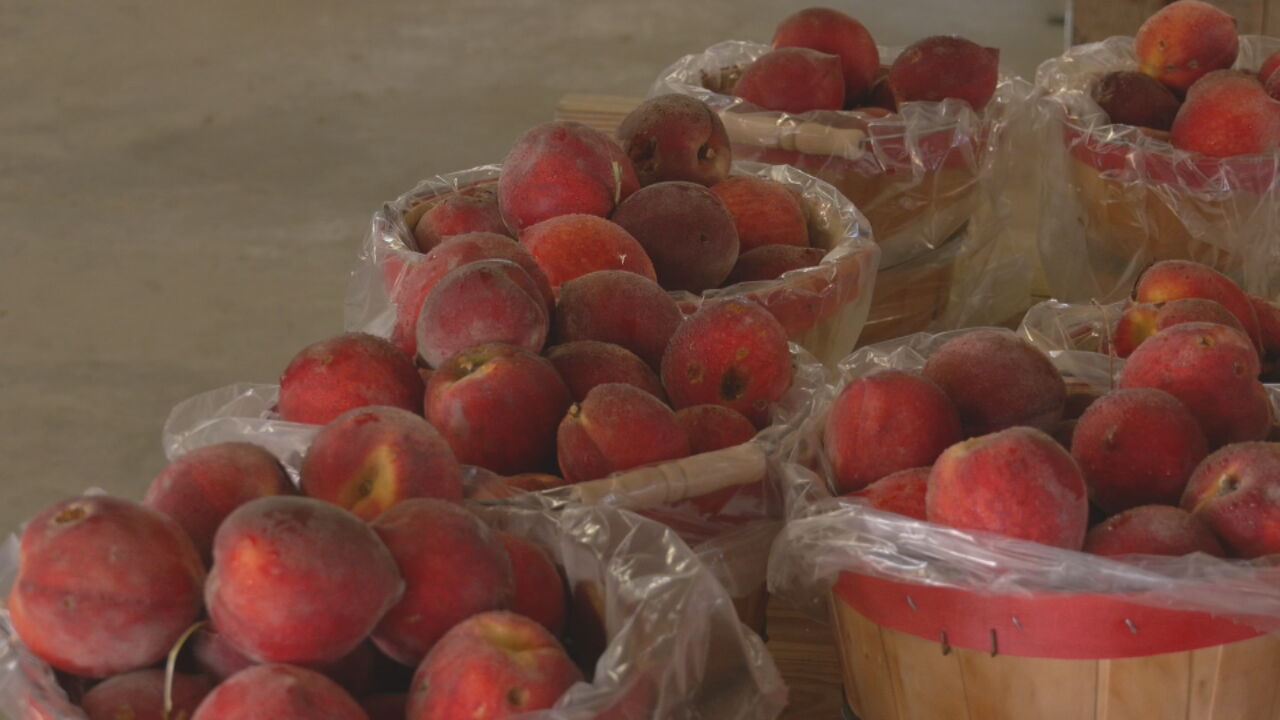 The owner of Livesay Orchards in Porter said that for the second year in a row their crops were significantly damaged due to Oklahoma’s weather.

Orchard co-owner Kent Livesay said they lost 90% of their peach harvest after a hailstorm last month, so they simply didn’t have enough peaches to meet the request.

Livesay said a hailstorm in May destroyed most of the peaches on their trees.

“It knocked almost 90% of them to the ground and left footprints on many more here,” Livesay said.

Krystal Livesay, new president of the Porter Lions Club, said it was hard to see her crops destroyed.

“It’s kind of disheartening, I was at home when the storm hit,” Krystal Livesay said. “To sit and listen while it hails and ruins the whole year’s harvest in less than two minutes.”

They said it was the third time in five years that they had only 15% or less of their overall peach harvest to sell.

“In the last 50 years, this is by far the worst five-year period for us,” he said.

He said there were only enough peaches available for them to open their store one or two days a week this summer.

They said the current plan was to open Wednesday and Saturday, but only if they had enough supply to do so.

They said if you plan on coming to the orchard to buy peaches, call first to make sure they have some available.

The Porter Peach Festival will take place next month. The Livesays said the festival would continue as planned, but with limited options for patrons.

“We always seemed to pull the Peach Festival together and make it a fun event even though we didn’t have a lot of peaches last year,” Krystal said.

In addition to peaches, the orchard also offers fresh blackberries, tomatoes, watermelons and various vegetables for sale throughout the year.

Organic Poultry Feed Market grows exponentially at the rate of 7.00% during the forecast period – Designer Women