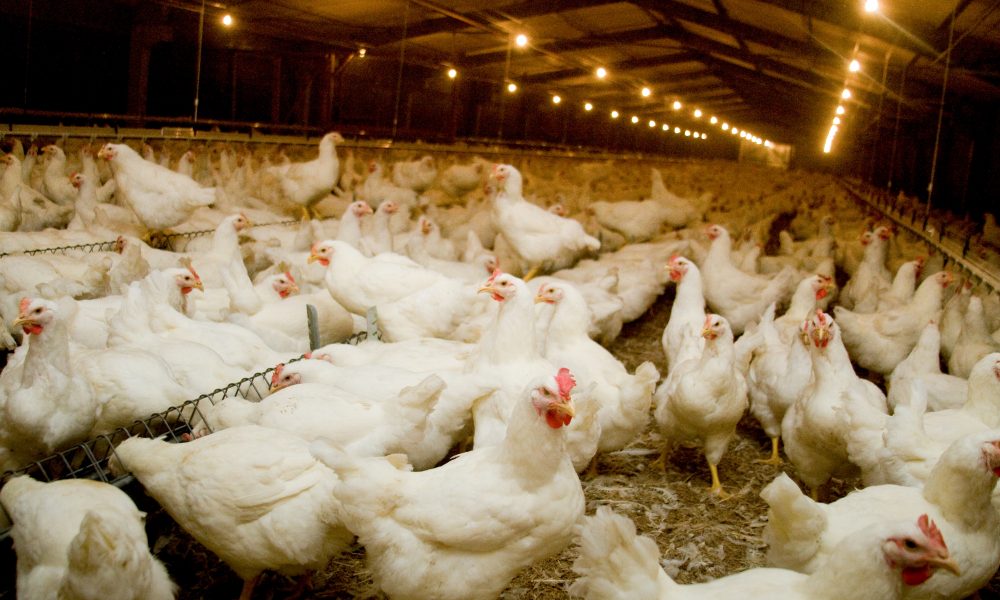 ON SATURDAY September 10, the Chief Veterinarian for Wales, Christianne Glossop, confirmed the presence of highly pathogenic H5N1 avian influenza in poultry at a large site in Pembrokeshire.

It was the second confirmed case of bird flu in Wales this week, following an outbreak in Gwynedd.

Another potential case in Ceredigion is under investigation.

A 3 km protection zone and a 10 km surveillance zone have been decreed around the infected premises to limit the risk of spreading the disease.

Within these areas, the movements and gatherings of birds are restricted and all operations holding birds must be declared.

The measures are stricter in the 3 km protection zone.

It is vital that bird keepers remain vigilant and ensure they have the highest levels of biosecurity.

PERSONAL RESPONSIBILITIESE WHO KEEPS THE BIRDS

EVERYTHING keepers of kept birds should be alert to signs of disease such as increased mortality, respiratory distress, decreases in food or water intake, or egg production.

You can consult your veterinarian first if your birds are not feeling well.

If you or your veterinarian suspect that bird flu may be causing illness in your birds, you must by law report it to the Animal and Plant Health Agency. This will trigger an investigation into the disease by APHA veterinarians.

You must apply strict biosecurity measures to prevent any materials, equipment, vehicles, clothing, food or bedding that wild birds may have contaminated from entering your premises.

Full details and a checklist are available here: https://bit.ly/MHAvianFlu.

It affects the respiratory, digestive or nervous systems of many species of birds.

Some strains of bird flu can spread easily and quickly between birds and have a high mortality rate.

Migratory seabirds and waterfowl are known carriers of avian influenza.

The highly pathogenic H5N1 strain originated in the intensive poultry industry in Asia and has since spread to wild bird populations around the world.

It reached seabird colonies in Pembrokeshire in July this year when it was detected on Grassholm.

Grassholm is known for its huge colony of northern gannets; the island has belonged to the Royal Society for the Protection of Birds since 1947 and is one of its oldest reserves.

A national nature reserve, Grassholm is the third most important site in the world for gannets.

It serves as a breeding site for 36,000 pairs of northern gannets and is home to around 10% of the world’s population.

Migratory waterfowl and gulls are the most likely cause of HPAI incursion. Migratory wild birds include ducks, geese and swans.

The risk of introduction of avian influenza into domestic poultry or other captive birds will depend on the prevalence and pattern of virus shedding in wild birds, the level of biosecurity in place on poultry farms or premises birds and other factors.

Detailed epidemiological assessments are carried out at each infected poultry and captive bird farm to investigate the possible source and spread.

All available evidence indicates that direct or indirect contact with infected wild birds is the source of infection in almost all owned bird flocks.

The risk of HPAI virus (bird flu) increases during the winter.

Deputy Veterinary Director for Wales, Dr Gavin Watkins, said: “There has been an unprecedented incursion of bird flu into Britain and Europe in 2022 and bird keepers need to be vigilant and s ensure they have the highest levels of biosecurity.

“There is always more to do to protect your birds.

“As we enter the fall and winter, I urge you all to review the measures in place and identify areas for improvement.

“Think about the risks of direct contact with wild birds, especially waterfowl, as well as things that could be contaminated with bird droppings – clothing and footwear, equipment, vehicles, food and bedding.

“Make improvements where you can prevent the spread of this devastating bird disease.

“Good biosecurity is always essential to protect animals from disease.”