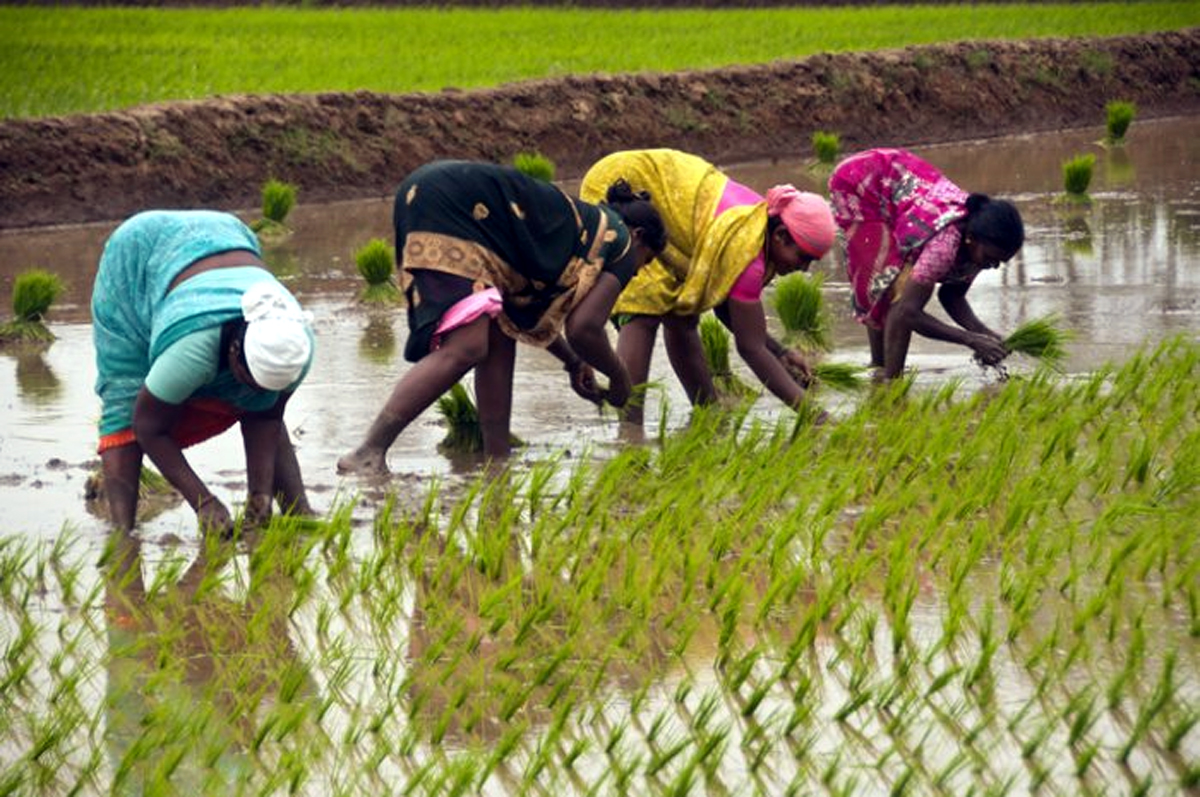 Apple in Kulgam, Shopian, Paddy in Kupwara suffer losses
Avtar Bhat
JAMMU, October 29: The recent hailstorm and snowfall caused immense damage to growing crops, including vegetables and fruits in J&K Union territory, dashing the hopes of farmers who sought a good harvest this season.
According to official sources, the maximum damage was done to the Kharif crop in the twin districts of Jammu and Samba where the standing rice crop, especially the Basmati crop as well as the Rabi vegetable crop totally perished due to the hailstorm of October 23.
Sources said that there is a loss of 75 to 80 percent of Kharif and Rabi’s crops in the twin districts of Jammu and Samba while it is about 50 percent in the Kathua district. However, the loss is comparatively less in other districts of the Jammu region where the Kharif paddy crop is not cultivated due to their terrain, sources added.
They said apples and citrus in the Jammu region, including strawberries, were also damaged. Apples in the Wadwan area of ​​Kishtwar district were damaged due to snowfall while citrus and strawberries in Jammu, Samba and Kathua districts were damaged to a large extent and the authorities of the Department of l horticulture and income formed the joint teams to assess the loss. .
However, fruit loss is not at this point in other districts of Poonch and Rajouri, sources said.
They said that in the Kashmir division there was no loss of paddy as the crop was mainly harvested there in mid-October. However, in the Kupwara district of North Kashmir, the rice crop on more than 3,600 kanals of land has been damaged. Sources said the saffron which is harvested in November each year has also suffered damage from the heavy rains and cold snap that engulfed the valley due to snowfall and flower growth will be stunted. Saffron growers fear that flowering will be comparatively smaller this year. Concerned growers don’t expect a bumper crop as they claim the National Saffron Mission’s irrigation system has also gone down the drain and the 75 percent bulb has already been damaged due to the lack of irrigation facilities for cultivation on time.
Sources said apples in Kashmir were mostly damaged in the twin districts of Kulgam and Shopian in southern Kashmir due to heavy snowfall as the fruits still lay on the trees in most areas. districts and had not yet been picked. In most areas where the fruits were picked and stored in orchards for packing, they also suffered damage from snowfall and cold snaps. In these twin districts, the loss is over 25 to 35 percent. Keller, a hilly area in Shopian District, suffered maximum damage to apples because picking is done late there due to the cold weather, sources added.
Sources told Jammu that the flowers also suffered heavy damage from a hailstorm. The marigold which is mostly in demand on the Diwali festival and on the sale of which farmers make good income during the festival has been completely damaged due to the hailstorm.
Sources said that flower growers in Jammu and Samba and parts of Kathua district and in particular in Marh, Gajansoo, RS Pura, Bishnah and Nagrota in Jammu suffered immense losses for the crop which completely perished. because of the hail.
Former minister and Kissan leader Ch Sukhnandan said damage was over 80% in the twin districts of Jammu and Samba, where paddy and vegetable crops were completely damaged.
Tejinder Singh Wazir, chairman of the Kissan board, said more than 75 percent of Basmati and other rice crops were damaged. He demanded compensation from farmers on the model of the Delhi government.
He said the government without politics should team up and assess the loss to provide warlike compensation. He appealed to Prime Minister Narendra Modi, Union Home Minister Amit Shah and PMO Minister Dr Jitendra Singh in this regard.
Mir Ghulam Rasool, a member of the Ganderbal Fruit Growers District in Central Kashmir, also urged the government to carry out the assessment and immediately compensate fruit growers and farmers. He also called for a fruit insurance scheme to be launched in UT as well.
The authorities of the departments of agriculture and horticulture, while recognizing the losses due to hail and snow, said they had formed the teams from the departments of agriculture, horticulture and income to assess the loss.
Advisor to the governor, Farooq Khan visited various regions to take stock of the hail damage in Jammu and interacted with farmers’ organizations, said AS Reen, co-director of agriculture, Jammu.
He said 1900 farmers have secured their paddy crop in Jammu and their cases are being processed for settlement of claims within 72 hours. In other cases where farmers do not have crop insurance, the respective district DCs have been consulted to form joint teams to assess losses and provide relief to affected farmers according to SDRF standards.
He also admitted that the paddy crop in Jammu and Samba suffered damage of 75 to 80 percent while it is close to 50 percent in Kathua district.
Jammu Horticultural Director Ram Sewak also said the department is carrying out an assessment of fruit damage in the Jammu region and therefore compensation will be paid according to standards set by the government.
Kashmir Director of Agriculture Iqbal Ahmed Choudhary said the paddy had not suffered any major damage in Kashmir as the crop was already harvested in the valley. However, 3,600 kanals of standing crops have been damaged in the Kupwara belt of North Kashmir and damage assessment is carried out by the Department to provide compensation in accordance with SDRF standards. He said teams from the department led by him and other officers traveled to various areas to assess the loss.
The director of horticulture in Kashmir, Aijaz Ahmed Bhat, also said that the maximum number of fruit growers had picked the apple from trees all over the valley, except in some areas of Shopian and Kulgam districts where the apple rested on trees and had sustained damage. The ministry assesses the loss to compensate producers, he added.