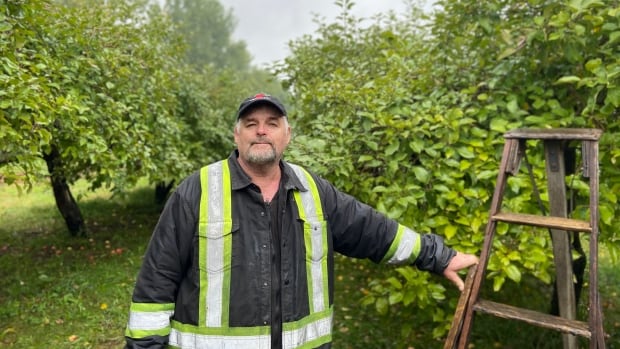 A cold spring followed by a dry summer in eastern Ontario has created difficult conditions for growing apples this year and local orchard owners are feeling the effects during what would normally be peak season.

For nearly 13 years Darryl Maloney has co-owned Log Cabin Orchard with his wife, Yazmin Maloney, he said it was the worst performance to date.

â€œThe money is just not in the trees this year,â€ he said.

Maloney said his orchard in Osgoode, in rural southern Ottawa, had to contend with a number of factors that affected crop production, including a late frost as the apples were starting to bloom and a summer dry, which meant several acres of fruit failed to ripen properly in time for harvest.

He estimates poor growing conditions affected 70 percent of this year’s crop and changed the way he and his wife, Yazmin Maloney, were able to run their business. The couple were unable to sell any products at grocery stores or farmers’ markets like they did most other years.

In a normal year, Maloney’s orchard typically produced enough apples for people to pick theirs for up to six weeks in late summer and early fall.

But this year, when the four-hectare orchard opened to the public in mid-September, it was picked up clean in two days.

“Last year each tree probably grew between three and six, [18 kilogram] bushels, â€he said. This year, however, nearly three-quarters of the trees barely had flowers, he said.

To make up for the loss, Maloney had to pre-pick apples from a second orchard he owns and bring them to Log Cabin Orchard to sell to customers.

Shelley Lyall’s experience this summer was similar to Maloney’s.

The Mountain Orchards co-owner said the cold spring and summer drought destroyed between 70 and 75 percent of his crop.

â€œThere was kind of a perfect storm, really. We had almost three years of drought, one after another and it really stressed the trees,â€ she said.

Lyall said it is doing better than some of the other orchards in the area, some of which haven’t been able to open at all this season.

In general, she says, orchards in southern and eastern Ontario produce a poor crop all around.

In terms of planning for next season, Lyall said that while this year has been a challenge, she will continue to do what she has always done in the past.

“Just give people a place to come, just be in the country and try to relax as much as possible.”