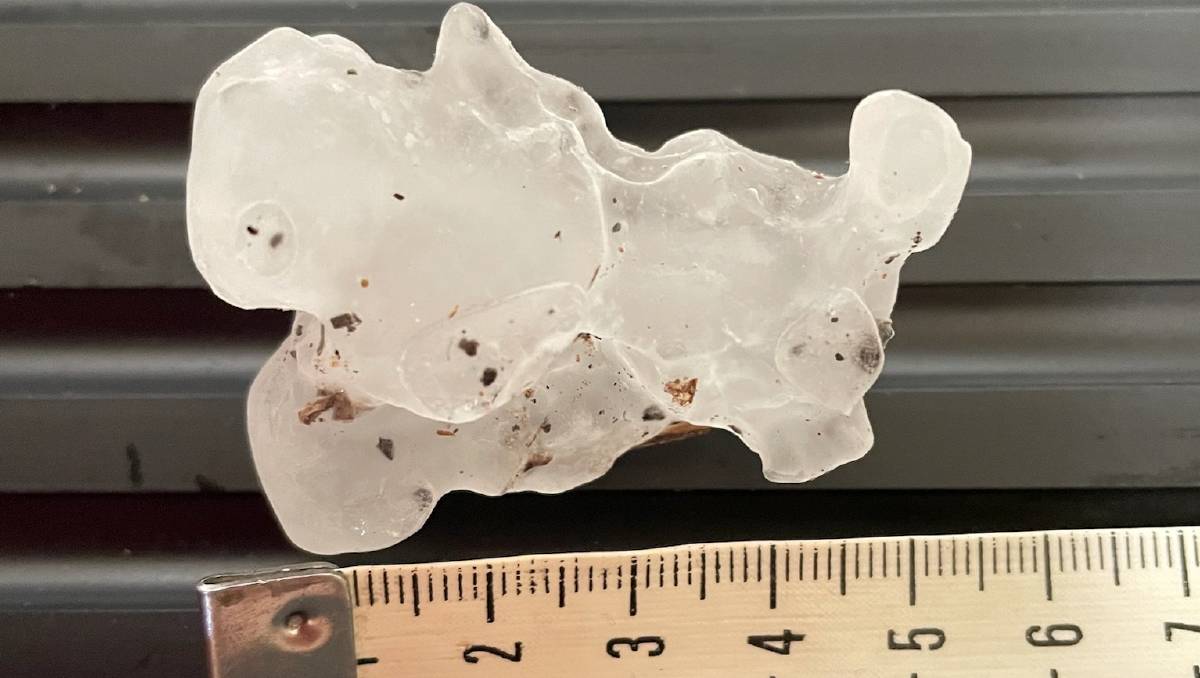 A hailstorm has wreaked havoc in the Griffith area, with some citrus growers now looking years away from their next harvest.

The sudden hail tore fruit and stripped bark from trees, causing estimated crop losses of up to 100% on some farms.

The resulting damage will mean either expensive picking with no crop to sell, manual thinning and pruning, or a mechanical hedge that could see no crop harvested for three years.

NSW Farmers citrus grower Jo Brighenti Barnard said everyone was surprised at how quickly the storm moved in and the extent of the damage.

“We have never seen anything like this before in all the years our family has been here,” Ms Brighenti Barnard said. “Now we have to remove all the damaged fruit this season from the trees to avoid fruit flies, but we won’t be able to sell any, I don’t think, it’s going to be very expensive.

“It would be great to see support made available to help clean up the mess and prevent fruit fly problems, especially as we won’t have any income for a few years.”

NSW Farmers Horticulture Committee chairman Guy Gaeta said state and federal governments had responded to calls for disaster relief following last year’s floods and storms, and hoped something could be made for the citrus growers of Griffith.

“This is an abnormal storm and the economic impacts will be felt for years by some growers, who have already been hit hard by COVID,” Gaeta said.

“Any affected producer must complete the Natural Disaster Damage Survey in Primary Industries so that we can begin the process of obtaining government support.

The state and federal governments announced $50,000 Primary Producer Recovery Grants after NSW farmers sought government support during widespread flooding in 2021, and these grants have now been extended to more of regions.

“It’s great to see the government heeding our pleas for help and I’m sure it will be welcomed by people in affected rural and regional communities,” said NSW Farmers chairman James Jackson.

“These terrible storms and floods not only cause significant damage when the rains fall and the floodwaters rise, but they leave behind a huge cleanup effort that is very expensive in terms of time and money.

“Every little help will get these communities back on their feet and growing the best food and fiber we have to offer.”

The debate over the drivers of food price inflation continues