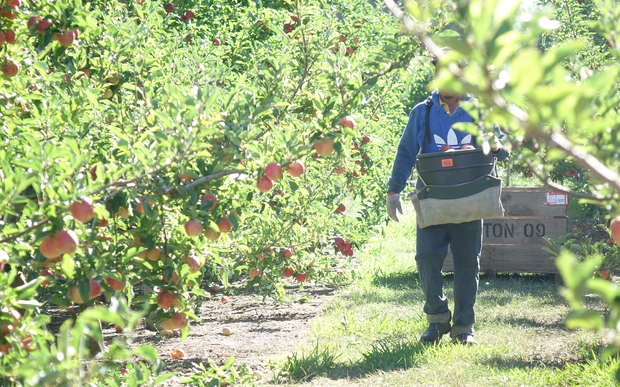 Some orchards in central Otago are struggling to find enough staff with less than a month to harvest.

Workers in the Pacific Islands have been described as invaluable to New Zealand’s horticultural and wine industries.
Photo: RNZI / Johnny Blades

During the peak summer season in December and January, more than 5,000 seasonal workers are needed in the horticultural and viticultural sectors.

But their usual supply of backpackers remains cut and it is not known how many CSR workers will be present.

Earlier this year, growers feared the shortage of workers during pruning and thinning could come back to bite them.

Kevin Paulin, co-owner of Clyde Orchards, said they managed to get all their work done before harvest, but it was hard work.

â€œI noticed in the neighborhood that there seem to be a few blocks that haven’t been fully pruned or thinnedâ€¦ there have been labor issues over the past 12 months.

“I mean it’s not going to be any easier. Once the harvest is in full swing, that’s when the pressure is really going to build.”

They had worked tirelessly all winter to recruit, which had paid off.

Paulin said they were also in a better position with CSR workers than last year after the green light was given to one-way, no-quarantine travel for CSR workers from Samoa, Tonga and Vanuatu.

“They represent a very important part of our workforce, but we have 13 CSR workers out of our 150 employees, so this is still a relatively small proportion.”

Every year, Kevin Paulin’s nieces came down from Tauranga to stay with him and pick cherries, nectarines and peaches.

“It is a good experience for them to come and spend time with the family and also to earn money for their university studies and so on.”

Staff shortages were inevitable after Christmas, especially if they had a bumper crop of cherries, he said.

He grows summer stone fruits, apples and pears on 45 acres near Cromwell.

He said they were in a good position for staff to start the season, but worried about what February and March might bring.

â€œYou have a few school kids leaving at the end of January. We are replacing with backpackers from the cherry orchards and then as we get busier as we go into February we used to take more and more backpackers. , so that’s our scary thing right now.

“The rest of our workforce is pretty stable. We have less CSR than normal, but we’ve made up for that with students and some older people.”

He hired four CSR workers, but wasn’t sure how the rest would be allocated for the coming season.

“There are a lot of cherry guys out there who probably haven’t beefed up all their staff yet, so they’re going to run for the last staff and if there’s a good harvest or if we get a little bit of period off. hot weather, it’s going to be hard working there. “

Webb expected to feel a labor shortage around March and April.

â€œHere in central Otago we’re pretty busy harvesting the grapes and applying the harvest during that time, so you need 10 extra hands on your orchard.

â€œEveryone is fighting for every available staff member at this time and there is no free hand to be honest. If you haven’t laid the groundwork early and put your staff in place early, this will become very difficult. “

Cheeki Cherries was gearing up for a summer with just two orchards.

Its owner, Martin Milne, said he sold his largest orchard, meaning he would only need around 10 employees instead of more than 100.

â€œWe have three varieties of trees and it’s pretty full on where you could pick 25 tons a day, so you need over 100 people.

â€œNow at the moment we have probably 22-23 varieties, so our season is probably starting in about 10 days and it will end in early February, so rather than having this intense time where we need everyone, the work is now really spreading out. “

These employees alternated between mail ordering, picking and in-store work.

He expected housing to be scarce as some large packing plants required small producers to provide their own housing for staff.

â€œTherefore, people have to spend hundreds of thousands of dollars to put up sewage tanks and accommodation blocks and rent cabins and all kinds.

“I think that’s probably more of a concern right now than actually getting people in, that’s where you can welcome them.”