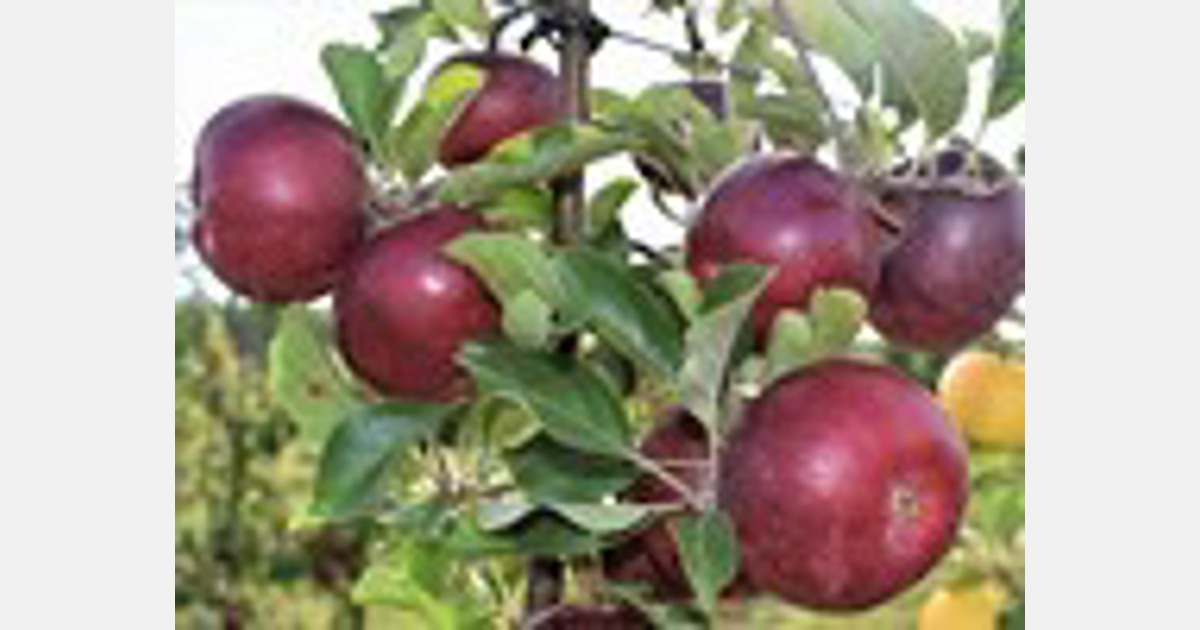 With a cooler climate, near lakes and nutrient-rich soil, generations of northern Michigan farmers have found this to be a great place to grow their produce. More than 14.9 million apple trees covering 34,500 acres make the state the third largest apple producer in the country.

Grown primarily north of Grand Rapids, the apple crop is one of the state’s most profitable fruit crops. The harvest begins in August and ends in October of each year. This season, the state expects to harvest 18.25 million bushels of apples (766.5 million pounds); a smaller harvest than usual due to freezing temperatures in April.

There are 775 family farms in Michigan that grow apples, many of which have carried on the tradition over generations.

Although this is a smaller harvest this year, the fruits are beautiful and there is a lot to enjoy. Diane Smith is the executive director of the Michigan Apple Committee, a product group created in 1939 to represent Michigan apple growers. In a recent statement, she said: â€œWhen apple trees produce a smaller crop, the energy is stored and directed to producing the next crop. The industry hopes we will see a bigger harvest next year. “