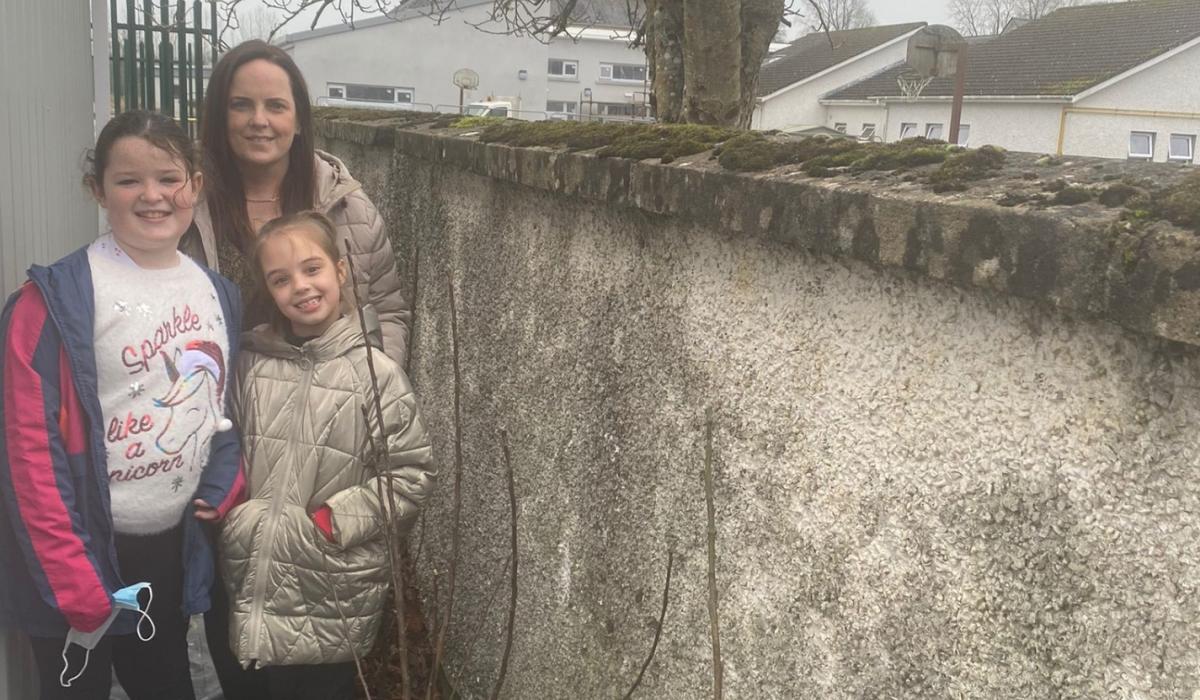 Local company KMK Metals Recycling has been busy delivering five micro-orchards to local schools and Tidy Towns associations over the past week, as part of Host In Ireland’s bee distribution centers pollinator plan. .

The micro-orchards were supplied by the new neighbor of the metal and electronic waste recycling company, Sims Lifecycle Services, which now operates from the same premises in Kilbeggan. KMK Metals Recycling also operates out of Tullamore.

The DCs for Bees Pollinator Plan is an action plan shared by Host In Ireland and its 40 partners in the data center and wider ICT industries, of which Sims Lifecycle Services is a part.

Each orchard consists of five trees: a plum tree, a pear tree, three apple trees. The trees are about two years old and can be expected to produce fruit in the first growing season.

Orchards are tagged with a QR code that the school or group can scan to add the location of their orchard, which will then appear on a map of the 1,300 orchards planted in each county of Ireland. Once a year, they will be asked to count all the fruits on the trees and submit that number – this will feed into the National Biodiversity Center’s study to determine the current success rates of Ireland’s precious pollinators.

Scoil BhrÃ­de teacher in Clara, Joanne Fox, said: â€œOur school was delighted to have been selected to receive one of KMK Metals Recycling’s micro-orchards. The students are so interested in anything related to the environment, so this is the perfect project for us. We’re aiming for the Green Schools Biodiversity Flag this year, so it couldn’t have come at a better time.

Max Kyck, Managing Director of KMK Metals Recycling, said: â€œWhen our friends at Sims Lifecycle Services asked us to find good homes for micro orchards, we knew there would be no shortage of interested parties. . We’ve always made protecting the environment our number one priority and so have companies involved in reuse, like Sims Lifecycle Services, but it’s wonderful to see how schools and community groups really have supported issues such as biodiversity. , the circular economy and reuse and recycling. We can’t wait to hear how the saplings develop over the years.

With Ireland’s wild bee numbers continuing to decline at an alarming rate, now is the time to act. Bees are critically endangered. They are a key contributor to the pollination of our crops, but sadly 33% of Irish bees are threatened with extinction. They are an indicator of biodiversity in general and once a species is extinct this cannot be reversed and the balance of nature is affected forever. DCs For Bees is an industry initiative led by Host in Ireland to help save Ireland’s declining bee population. The people in this industry are looking to make a difference.

Host In Ireland and its partners are coming together to make a difference by committing to take action to make Ireland more pollinator-friendly and ensure the survival of our pollinators for future generations. This includes the current Orchards in the Community campaign. Working in conjunction with the Irish National Center for Biodiversity, this will also allow Ireland, for the first time, to track current pollination success. Something that is only made possible by planting uniform orchards in multiple locations during a single growing season.

Sims Lifecycle Services is a global provider of information technology asset disposal (ITAD), which has opened a new facility in Kilbeggan to increase the redeployment, reuse and recyclability of IT equipment and data center hardware out of order throughout Ireland.

You can find a lot more information about the project here: www.orchards.ie.