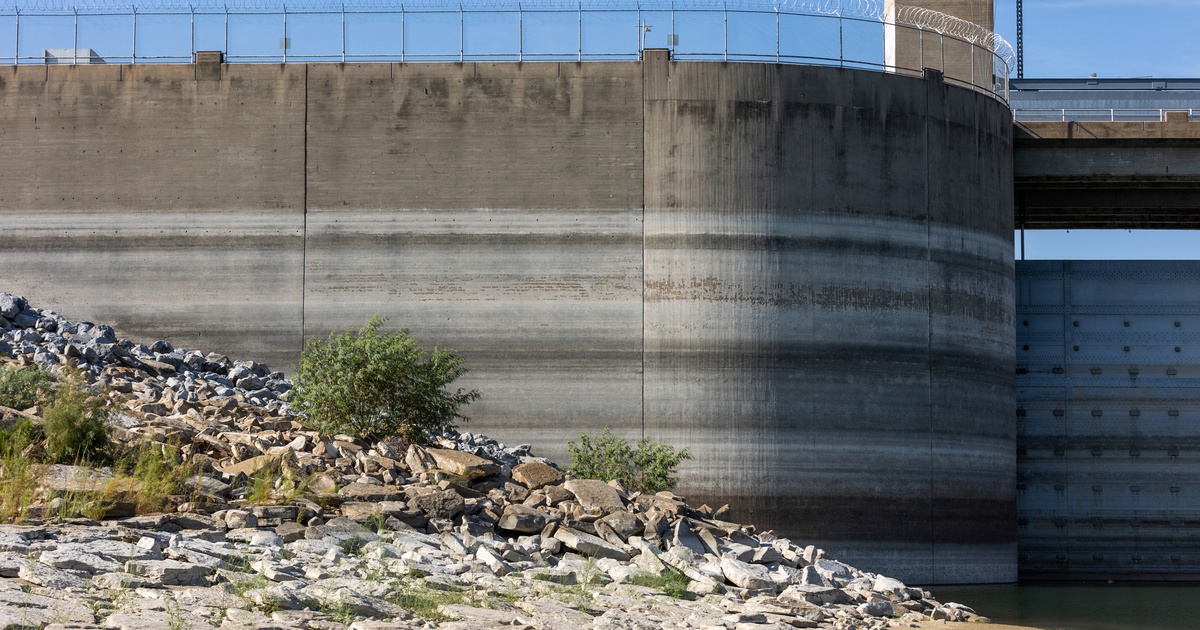 Sign up for The Brief, our daily newsletter that keeps readers up to date with the most essential news from Texas.

As Texas faces an increasingly burdened environmental future due to climate change, a new approach to conservation is developing.

Drought conditions have created a two-pronged problem for Texas’ aquifers, the natural bodies of water that move through porous rock below the Earth’s surface, and reservoirs. Without rainfall, farmers and ranchers are more dependent on these well-established water supplies in the state. And without that same precipitation, aquifer and reservoir levels cannot be replenished as quickly as they are depleted.

As the state loses water, some conservation organizations, mostly non-profits, and agencies are stepping in to help conserve water using a new strategy – paying farmers to leave the water. water in the ground and consume more sustainably.

Known as water trading, the deals help keep water in nature and support the state’s agricultural economy. Experts believe this could become a major conservation strategy for the drought-prone state, given the state’s preference for solutions that stimulate markets, rather than regulation.

“The tool that the legislature has been moving toward for several decades has basically been to authorize water trades,” said Sharlene Leurig, CEO of Texas Water Trade. “It’s water to be bought or rented in a way that makes that water available to the environment.”

Texas is in the early stages of establishing these water transactions between organizations and farmers. The programs are voluntary. Some encourage more efficient irrigation on farms while others pay farmers not to use water for irrigation in times of drought.

Getting reimbursed for using less or, in some cases, no water, could benefit farmers whose crops have failed. The current drought is costing Texas agriculture billions of dollars in losses.

“In Texas, drought and extreme heat are affecting crops and crop productivity,” said Sarah Kapnick, chief scientist for the National Oceanic and Atmospheric Administration. “You potentially have less access to water, but you also don’t have time to recover from big heat waves.”

According to Kapnick, 64% of the country was in drought conditions this summer, and much of it was concentrated in Texas. At the height of summer, 95% of the state was suffering from drought, compared to 59% of the state currently. Without nature’s contribution with constant rainfall, farmers must turn to irrigating their crops, which can put a strain on natural resources such as the Edwards-Trinity Aquifer and the Ogallala Aquifer. Together, the two aquifers extend beneath most of West and Central Texas and the Panhandle.

As the largest user of water in Texas, the agricultural sector is also responsible for the majority of agreements. But the benefits of these programs extend beyond Texas ranchers and farmers. Water saved through various conservation efforts flows into streams, keeping ecosystems under drought pressure. Groundwater that remains in aquifers remains on hand as a resource during future droughts.

These voluntary agreements are not new to the United States, but over the past decade their prevalence in Texas has increased. The total amount of surface water exchanged in 2016 was 57,866 acre-feet, or approximately 19 billion gallons; a recent report by West Water Research showed that the volume for 2022 has increased to 173,852 acre-feet, or more than 560 billion gallons of water.

While other drought-prone regions of the country have used similar incentives to conserve water, farmers and ranchers in Texas are just beginning to embrace water trading.

The Ogallala is heavily used in the High Plains region, which produces 30% of the country’s crops and livestock, in times of drought. However, the region has also seen a greater drop in aquifer water levels than anywhere else within its span across seven other states, according to a 2019 NOAA report.

Some areas had between 50 and 150 feet of decline. The report also states that water from the Ogallala used for irrigation exceeds the rate at which the aquifer can replenish its supply.

“This is a crucial first step towards what we need to do as a state,” Leurig said. “We cannot continue to manage water as we have.”

Texas Water Trade, a nonprofit that advocates for water conservation, created the Aquifer Resilience Fund. It allows landowners to conserve groundwater and invest in water efficiency measures. The fund is using $1.275 million from the Natural Resources Conservation Service, the Texas Water Development Board and the National Fish and Wildlife Foundation to bring more financial conservation agreements to the Edwards-Trinity Aquifer in the west from Texas.

“I think we’re going to start to see these kinds of rare conditions supporting the market,” Leurig said.

The fund’s first recipient was Belding Farms in Fort Stockton, about 85 miles southwest of Odessa. The farm received $100,000 to install a pilot high-efficiency irrigation system on part of the pecan orchard.

“Belding Farms has a long history of investing in improving water efficiency, and this is another step,” said Ernie Cockrell, chairman of Cockrell Investment Partners, owner of Belding Farms. “We believe in saving water because it is good business practice, good management and a way to preserve the aquifer for future use. »

The Texas chapter of The Nature Conservancy, a national environmental organization, is also working on a similar program. One water deal he offers is a dry year lease option. This arrangement outlines a basic payment made to the farmer each year with the understanding that he will not take water from the stream when the surface water source falls below a certain level.

In return, the producer receives an additional payment to further supplement his operation. This could help balance the income of growers whose crops failed during the growing season. Kyle Garmany, director of the water and agriculture program at The Nature Conservancy, said the agreements also help farms build resilience to drought.

Garmany knows that asking farmers not to use the water they are entitled to will have an economic impact on the farm, but that’s why these agreements are unique. They are structured to give farmers what they would have otherwise lost taking into account factors such as the cost of pumping water and labor costs.

“We try to provide enough incentive there so that we can really focus on water supply during the most critical times of the year, season or drought period when the river has it. most needed,” Garmany said.

The Edwards Aquifer Authority is also trying to prepare for these critical times. The water management agency hosts various programs that allow water permit holders to refrain from pumping from the aquifer during times when groundwater is at historically low levels.

The two main programs have different triggers for when conservation efforts would be set in motion. Marc Friberg, the Aquifer Authority’s executive director of external and regulatory affairs, said there was a “good chance” that the voluntary irrigation suspension program option, established in 2013, would be triggered in October given the current level of the aquifer. When this happens, people who have opted into the program will forgo drawing water from the aquifer.

The Edwards Aquifer Wednesday was at a level of 635.5 feet above mean sea level at the San Antonio Pool. If this level is below 635 feet on October 1, the VISPO program will be triggered. The historical monthly average for September is 660.6 feet.

“They’re all designed to take the water off the table when we go through these really bad years,” Friberg said. “When that water isn’t pumped out, there’s potentially more water for other growers, but more importantly, there’s a spring flow, and so we can help maintain the spring flow for the benefit of species in Endangered.”

Leurig, of the Texas Water Trade, said Aquifer Authority programs not only provide investment in water conservation, but also ensure that there will be water available in the system when it does. there will be less in the future. She hopes to see water transaction programs used more widely across the state.

“If we were doing this in each basin, and if you had groundwater districts and surface water entities like river authorities, irrigation districts that were involved in this type of cooperative investment…this would be the holy grail for me,” Leurig says. “And it has to be on that scale at some point, it can’t just be nonprofits.”

Disclosure: The Edwards Aquifer Authority and The Nature Conservancy financially supported The Texas Tribune, a nonprofit, nonpartisan news organization that is funded in part by donations from members, foundations and corporate sponsors. Financial supporters play no role in the journalism of the Tribune. Find a full list here.