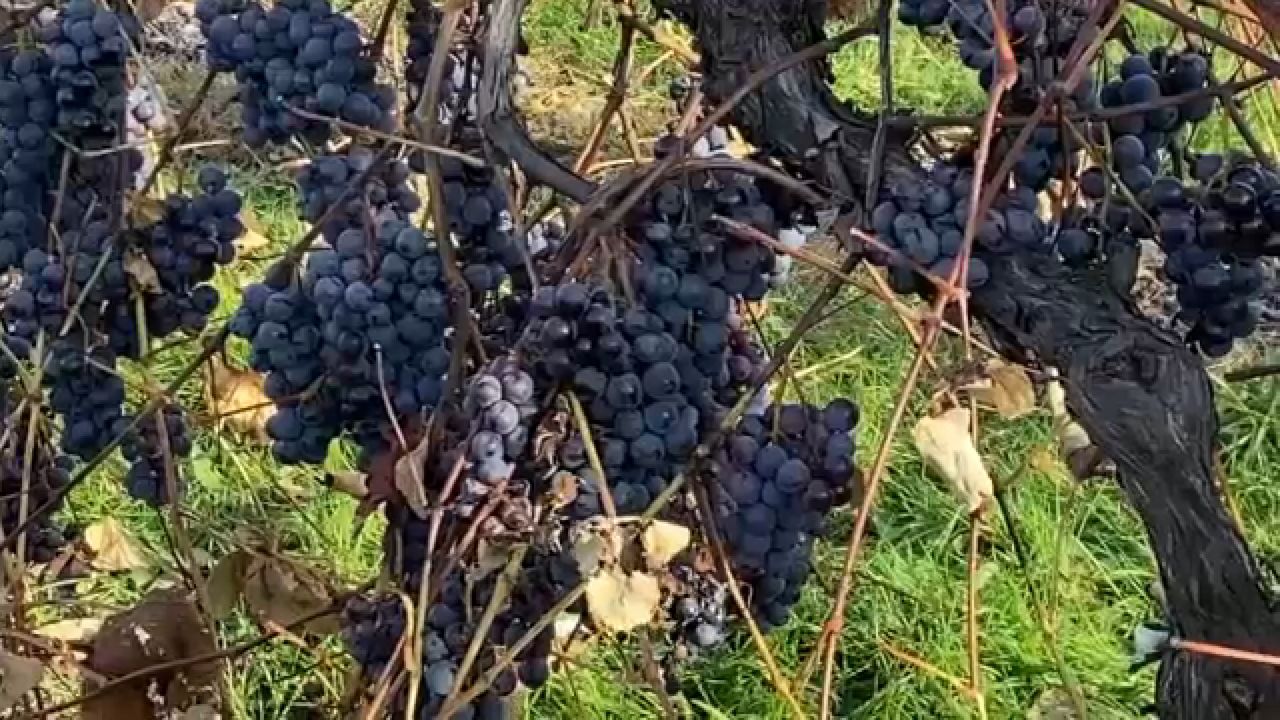 Ed Barger started farming in 1979 and has been on South Gale in Westfield since 1990. Ed owns 30 acres of Concord grapes on his farm, but has about 400 acres in total in Westfield and Ripley.

Now that the annual harvest is over, the teams are pruning their vines by pulling out a hundred buds per stem.

â€œThis keeps the vine from overproducing most of the time. Okay, so the crop will ripen efficiently,â€ said Barger.

But not all of Ed’s grapes ripened efficiently, despite producing an otherwise record harvest. He took us to Route 5 to show us those unripe vineyards near Ripley.

â€œUgh. Okay, uh, a huge berry. They still taste great. During harvest we had about ten inches of rain over a period of a few months,â€ he said.

As a result of this weather damage, for the first time, sugar levels rose and the grapes from most vines simply did not ripen.

Leading grape maker Welch’s in Westfield, one of several Ed growers he sells to, rejected the crop, saying it did not live up to the high standards of the company, leaving Ed and his grapes hanging in the wind, with hundreds on the ground.

â€œIt’s a huge economic loss,â€ he said. â€œI lost around 250 tonnes of grapes, which is quite a bit. They are not good at the moment and they are not going to make any money. I hope crop insurance helps us, but I haven’t found out yet. “

â€œOur recipe for success is based on our quality,â€ said Brent Roggie, Managing Director of National Grape / Welch’s. So it is extremely important for us not to compromise the quality that we have. Make sure that we always put this product on the shelf, and that it is safe and affordable for our growers to use year after year. And have something on the shelf that bears our name that consumers can trust and appreciate over time.

Executives at National Grape, a farmer-owned cooperative that bought Welch’s in 1952, say it’s not uncommon for growers to experience ripening issues when grapes fail to meet company standards.

They say what’s rare is for Mother Nature to impact their growers in Washington state with high heat, Michigan with a cold snap, and the tri-state area of â€‹â€‹Pennsylvania, from Ohio and New York with heavy rain.

â€œCompletely different weather issues, in the exact same year,â€ Roggie said. â€œIt’s pretty rare for us, so. Definitely difficult, our producers get it. None of it when it works against us. We all love it when it works for us. But the weather certainly plays a role for sure. “

At 65, Ed says he’s starting to slow down a bit and plans to retire in about five years as he grooms the next generation, hoping they never have to suffer a loss like hers.

â€œIt didn’t rock me that much, but it’s a bit difficult to watch,â€ said Barger.

Ed says deep frost and strong winds will take care of the still hanging grapes, before the harvesting process begins next September.