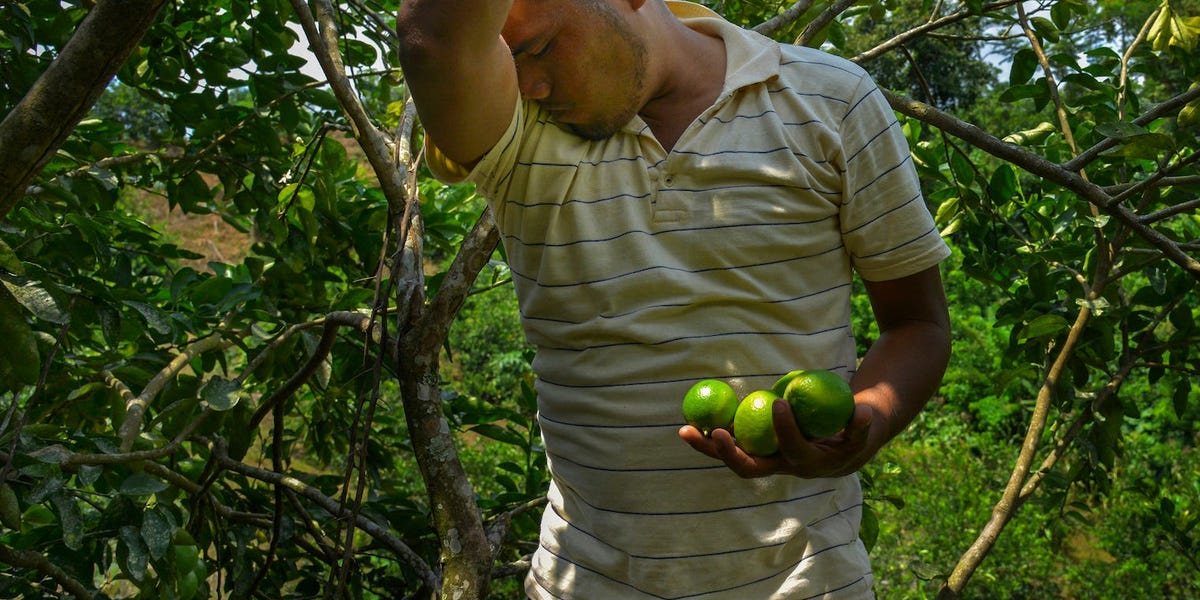 Vast groves of unharvested limes have been deserted in the western state of Michoacán due to threats and extortion aimed at growers, according to a Televisa report citing the affected farmers.

Among the groups allegedly involved are major Mexican drug cartels like the Jalisco Cartel New Generation (Cartel Jalisco Nueva Generación – CJNG) and the Cárteles Unidos, two groups currently locked in a bloody turf war that has rocked the western state.

Several local lime producers told Televisa they were displaced after cartels burned their orchards, looted their homes and stole cattle and tractors. The threats have contributed to a drastic reduction in agricultural production across Michoacán — primarily affecting lime producers — with an estimated 1,200 acres of farmland unharvested in 2021.

Farmers in Michoacán harvested only half the amount of limes compared to the previous year, according to data from the Mexican Ministry of Agriculture.

The limited harvest has contributed to a sharp rise in lime prices, disrupting the consumer market and allowing drug traffickers to dictate prices and charge farmers higher extortion fees. According to the Mexican government’s daily food price monitor, the cost of limes has increased by more than 235% since January 2021.

“They [the cartels] impose the price of limes, they decide if it can be lowered or not, they dictate the prices to growers, pickers, packers and transporters,” an industry worker told Reforma.

Lime producers are not the first to be targeted by cartel violence in Michoacán, with powerful Mexican organized crime groups long seeking to control the state’s lucrative avocado trade.

While the plight of Michoacán’s lime producers marks a new adventure for criminal groups in the country, the impacts largely mirror previous criminal attempts to extort agricultural industries from the state.

In 2019, InSight Crime reported that four competing cartels, including the CJNG, were extorting avocado growers in Michoacán, kidnapping or killing those who failed to pay. In total, the Michoacán governor’s office has identified 12 criminal groups operating within state borders, many of which are vying for control of the state’s coveted farmland and related extortion racket.

This cartel violence raging in Michoacán and the Mexican military’s apparent inability to intervene has prompted farmers to take matters into their own hands. In the summer of 2021, avocado growers and their families formed a vigilante group, known as Pueblos Unidos. To protect their crops, they armed themselves with machetes and firearms and erected barricades around avocado fields and along connecting roads.

Lime growers soon followed suit, creating their own crude vigilante group, with some even whipping up Molotov cocktails to fend off Viagras, one of the state’s top crime groups.

However, it is uncertain whether these groups could have made any difference as reports from late 2021 showed the extortion of the remaining farmers continued unabated.

“Complete protection even for organic orchards”