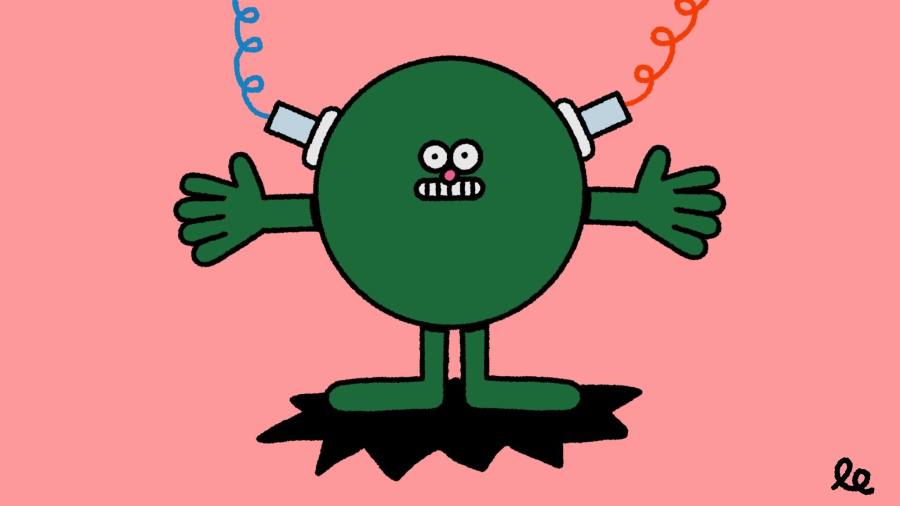 Names matter, as Master of Wine Tim Wildman well knows. That the sparkling wine he makes is called Astro Bunny hasn’t hurt sales. He’s been so successful that his Australian wine business is now big enough to be run remotely and he recently moved back to the UK.

Congenitally enthusiastic, Wildman decided it was time to do a pet-nat (hipster for natural sparkling, or a lightly sparkling frivolous wine) in Britain. He named this project Lost in a Field and went in search of suitable grapes. For him, the English wine scene has become boring. Too many similar copies of champagne made from Champagne varietals Chardonnay and Pinot by too few winemakers (contract winemaking is a common destination for products from many new English vineyards). So Wildman decided to focus on other varietals as he could find.

In large part, this meant the grapes planted by the previous generation of English and Welsh winemakers in the 1970s and 1980s, when summers were cooler than they are today. These were usually early maturing crosses and hybrids sent to England from Germany – where short, cool summers were also common – and many were deliberately bred to mature quickly. Among Wildman’s favorites are Reichensteiner, Schönburger and Madeleine Angevine.

Those of us familiar with the English wine scene at that time came to despise these grapes because they dominated the plantations and we associate them with the results of the uninspiring combination of cool summers and inexperienced winemakers. But Wildman renamed them “heirloom varieties”. “It’s an easier term for the public to understand than saying ‘German crosses and hybrids’ and a useful catch-all that avoids having to list the varieties themselves,” he says. “It also adds status, value and a certain prestige to varieties that until recently were marginalized or considered outsiders, but which are the real story of the legacy of the old vine in this country.”

Wildman emphasizes old vines as they are increasingly popular in the wine world. Although the quantity of grapes they produce is not maximum, the quality is generally superior, perhaps because the roots of the vines are deep and the plants have had so long to adapt to their environment and develop. to balance.

But it was not so easy to find these heritage varieties. Wildman started last year with “some old databases” from what used to be the Wine Standards Board (now part of the Food Standards Agency), as well as some internet research. He identified 200 vineyards that had once been planted with Madeleine Angevine, Reichensteiner or Schönburger, then spent two months last summer, district by district, trying to find them and their owners. His goal was to see if his blessed heritage varieties were still planted there and if he could buy the grapes from the 2021 harvest for his first English pet-nat, which he named Frolic.

“I spent quite a bit of time driving down country roads, going out every few hundred yards to look over a hedge to see if I could spot a vineyard,” Wildman recalls. “Of the initial list of 200, I found only two that would sell me commercial quantities of grapes, three that would sell smaller quantities, mostly red, and about a dozen abandoned vineyards.”

It was these abandoned vineyards that inspired Wildman to embark on yet another seemingly insane project. After his Instagram account, in which he recorded his search for the lost vineyards, in May he created his Lost Vineyard Preservation Society, which recruited volunteers to help restore three of the abandoned vineyards by working during the day and camping. . next to them at night.

Its argument is that it restores Britain’s wine heritage. It would be fussy to point out that this legacy is fairly recent, or so it seems to this wine heritage writer. But, regardless of one’s opinion, Wildman almost certainly chose the best varieties that dominated English vineyards in the 1970s and 1980s.

He struck deals, initially for three years, with the owners of the three vineyards – in Hampshire, Devon and Powys in Wales – whereby he and his partner, vineyard consultant Darcy Gander, aided by volunteers , will do their best to bring the vineyards back to life in exchange for the harvest they produce. The main ingredients in his Lost in a Field pet-nats are still likely the much larger quantities of heirloom varieties he buys from commercial vineyards.

The company’s first adventure took place on June 15 in the Welsh vineyard, which Wildman is particularly enthusiastic about, especially the bit on the slate terraces. Volunteers included a voice-over artist who grew up in the area and brought her parents for the day to help out, and Jen Scott, an NHS dietitian who is developing her career in wine.

She met Wildman at the Real Wine Fair in London in May, attracted by the crowd around her table, and realized he was the producer of the Aussie pet-nats she had enjoyed. She told me about her Welsh experience: “It was a hard day’s work but I really enjoyed the feeling of doing something to help, while learning so much about vineyard management. The vineyard was so overgrown that you couldn’t really see the vines when we arrived.

The Hampshire vineyard, called Court Lane, is in the village of Ropley and was started as a retirement project – like so many early English vineyards were – by Sarah Flook’s father. Until 2014, his wines had done well locally, but his health declining, the vines became a handicap. When Wildman contacted her last August, there were only 0.75 acres left of eight different varieties, including Reichensteiner and Madeleine Angevine. She and her mother were about to pull them back, but Tim’s “enthusiasm and energy for his Lost Vineyards project was infectious, and I soon began to realize that the direction the vines were heading could take a full U-turn,” she wrote to me in an email.

On June 22, along with volunteers and neighbors who had once helped her father harvest, she spent what she described as “a joyful day of rubbing and scraping buds, followed by a barbecue,” adding: “I felt we were celebrating the rebirth of Court Lane Vineyard, with the baton having passed from the old watch to the new.

If only for times like this, Wildman’s Lost Vineyard Preservation Society project certainly deserves success, strange as it may seem to choose early ripening grapes in a warming climate.

Frolic pet-nat is available at the following retailers:

Tasting notes on the Violet Pages of JancisRobinson.com. More resellers of Wine-searcher.com