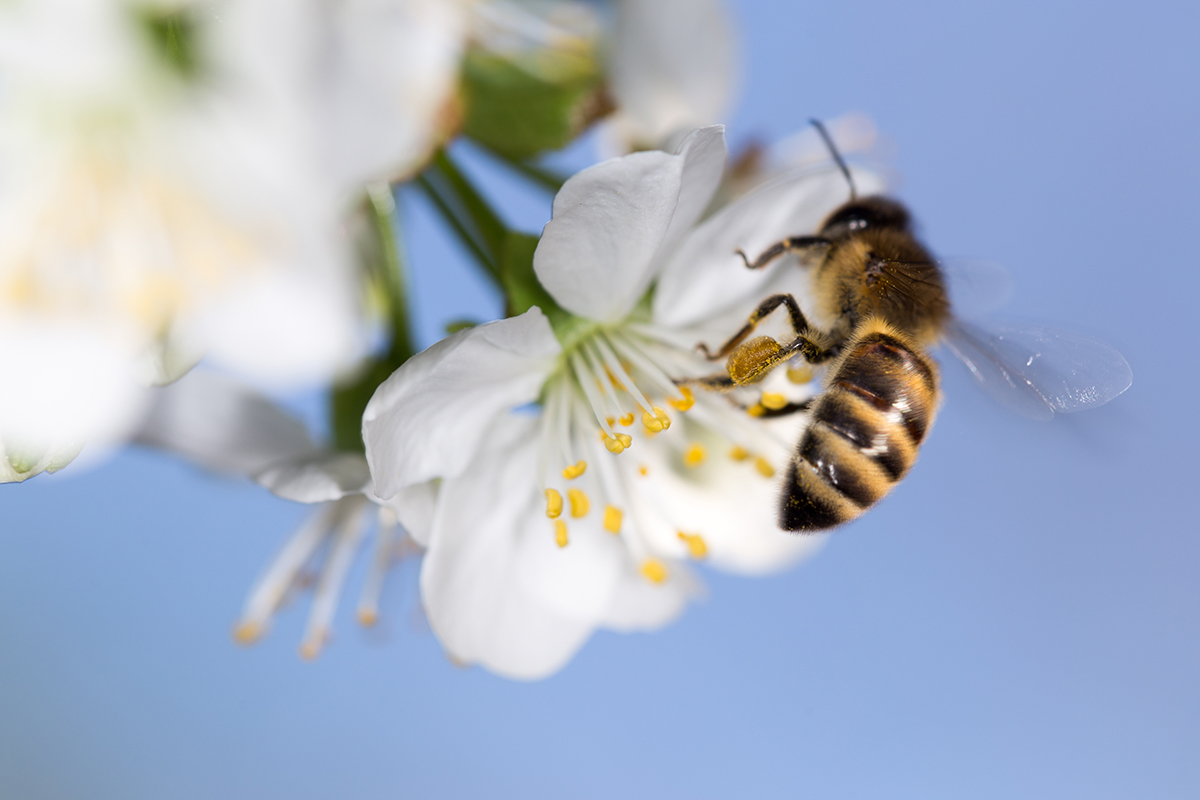 A team of researchers from six institutions in the Saint-Louis region will spend the next three years studying ways to maximize pollination in urban and suburban orchards thanks to a new grant of $ 633,000 from the National Institute of Food and Agriculture Department of the United States Department of Agriculture.

The team includes Kyra Krakos, PhD, Sustainability and Environmental Stewardship Coordinator and Associate Professor of Biology at the University of Maryville.

The project will be led by Aimee Dunlap, Associate Professor in the Department of Biology at the University of Missouri-St. Louis, specialist in urban ecology and bee behavior. Other collaborators include UMSL Associate Professor Nathan Muchhala; Ed Spevak, curator of invertebrates at the Saint Louis Zoo and director of the Center for the Conservation of Native Pollinators at the Saint Louis WildCare Institute Zoo; Gerardo Camilo, professor of biology at the University of Saint Louis; Nicole Miller-Struttmann, Laurance L. Browning Jr. associate professor of biology at Webster University; and Peter Hoch, curator emeritus at the Missouri Botanical Garden.

They will work with Seed St. Louis – formerly Gateway Greening – to identify orchards for their research, and they plan to involve students from all four universities.

“We’re a mix of bees and botanists, and we’re really excited to be able to all work together on this project,” Dunlap said in a statement. â€œWe’re going to have sources loaded to collect a ton of data, but it’s going to be fun. “

There has been significant growth in urban agriculture in recent years with increased attention to sustainability as people seek ways to mitigate the effects of climate change as well as address issues such as poor nutrition and l food insecurity in underserved communities.

But while commercial farms have developed ways to produce consistent levels of fruits and vegetables year after year, yields from urban orchards are often less predictable. Some years can have an abundance of crops. Other years there is only a small amount to harvest at harvest time.

One of the goals of the researchers is to help people increase fruit production in urban and suburban gardens and level their production from year to year, so that urban farms can be a constant source of nutritious food. in the communities where they grow.

The researchers plan to test different interventions, such as introducing different types of bees, including mason bees from blue orchards, and nesting habitats such as brambles from blackberries to different gardens, to see how they promote pollination. They expect to learn lessons about bee behavior.

Krakos will focus on the reproductive success of plants and the phenology of pollinating plant resources.

â€œIt’s a great opportunity to really do some collaborative science that connects a lot of the expertise in pollination here in St. Louis,â€ Krakos said. â€œAs a bonus, it connects our students in the creation of this research network around the project. This is a great opportunity for the next generation of young scientists.