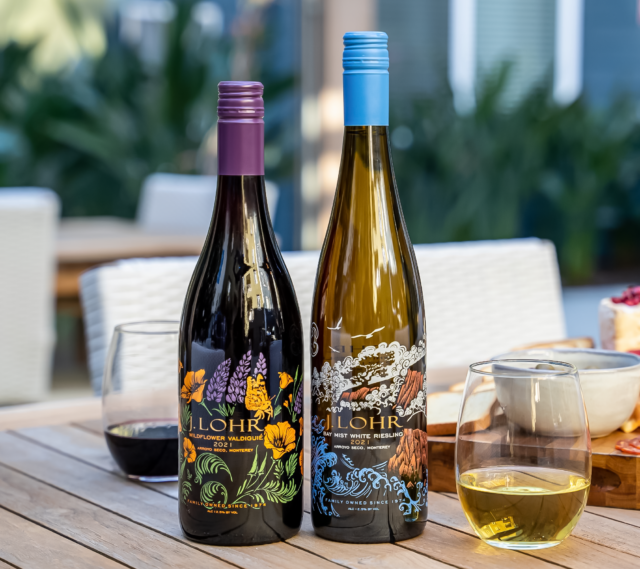 In 1972, Jerry Lohr and his young family planted vines in the Arroyo Seco area of ​​Monterey County, California. Among them were Riesling, Cabernet Sauvignon and (what he thought was) Gamay Noir.

Unlike Cabernet Sauvignon, which struggled and turned out to be “the worst decision I ever made,” according to Lohr, these Gamay vines grew prodigiously, yielding up to 12 tons per acre if not not clarified. The grapes were big and juicy and dark as a moonless sky on the back roads of Monterey County, which are still pretty much as they were in 1972. It was the caboose of harvesting grapes every year, but J. Lohr happily produced it vintage after vintage. So did a handful of Napa Valley winemakers, who had also planted vines and called them Napa Gamay. It would come back to bite them.

It is customary in the Beaujolais region of France to produce Beaujolais Nouveau in November. Carbonic maceration red wine traditionally made from Gamay Noir grapes, Beaujolais Nouveau is consumed almost immediately as part of the end-of-harvest celebration, while the rest of the reds are left to their own devices in barrels for a long slumber. winter. This style of wine was very appealing to California winemakers who could also derive immediate income from a product that did not require aging.

However, what was believed to be Gamay Noir (and therefore also Napa Gamay), was in fact a completely different grape variety.

DNA does not lie

J. Lohr CEO and President Steve Lohr, Jerry’s oldest son, shares the story. Apparently, the French government began restricting the use of the term “Gamay” in the 1990s. Genetic testing then showed that what the Lohrs were growing in Arroyo Seco was actually Valdiguié, originally from the French region of Languedoc – not Black Gamay.

Brenden Woods, red winemaker for J. Lohr, explains: “Valdiguié came here as Gamay Noir in the early 1900s, before Prohibition, and was planted along the west coast. It was prized for its large yields and low alcohol content. In the 1960s and 1970s it was sold as Gamay Noir, and Napa growers called it Napa Gamay.

Woods continues, “We called him ‘J. Lohr Wildflower”, and had done it with the same winemaking technique as the Beaujolais style of Gamay. There’s no malolactic, to keep it crisp and lively. We do a carbonic fermentation for one third and a traditional fermentation for two thirds. Carbonic adds the same properties as treatment of the entire cluster. (Which means it adds all that nice stem stuff! Adds some chewiness and depth to the mid-palate to offset the fruitiness)

New look for a new era

To mark the 50th anniversary of its planting, even under an assumed name, J. Lohr has developed a beautiful new packaging to showcase this elegant and courageous quaffer. Along with the Riesling, crafted by talented white winemaker Kristen Barnhisel (who makes all of the brand’s whites), the current version of Valdiguié (2021) appears in boldly screen-printed packaging under a separate tier called Monterey Roots.

These two varieties once dominated the retail space until two things happened, according to Lohr: “Our J. Lohr Valdiguié was extremely popular until the advent of red blends about 20 years ago. When Moscato came online, it killed Riesling as a category and our shelf locations were eliminated. But Moscato is now on the decline, giving way to Riesling.

He hopes the bold packaging and stories behind Monterey Roots wines will encourage people to take another look and taste.

Ironically, J. Lohr’s wallet now rests squarely on the shoulders of a varietal that was Jerry’s biggest mistake at Arroyo Seco: Cabernet Sauvignon. Turns out it was the right grape in the wrong place.

“We’re now at 1.8 million cases as a brand, and 1 million of those are Cabernet Sauvignon — almost all of them Paso Robles,” Lohr says. “Our 7 Oaks Cabernet Sauvignon is the number one cabernet in the $14-$20 price range nationally.”

While Riesling and Valdiguié may not take up as much shelf space as other J. Lohr wines, such as the highly popular October Night Chardonnay, Arroyo Vista Sauvignon Blanc and Hilltop Cabernet Sauvignon, they most certainly hold a very special place in the hearts and minds of wine lovers and history buffs everywhere.

And who doesn’t love an imposter that turns out downright delicious?

Laura Ness is an avid wine journalist, wine storyteller and columnist (Edible: Monterey, Los Gatos Magazine San Jose Mercury News, The Livermore Independent) and longtime Wine Industry Network contributor. Known as “HerVineNess”, she judges wine competitions all over California and has a corkscrew in every purse. However, she wants all wineries to adopt the screw cap!

A retired farmer keeps an orchard in the family | Harvests