The presidential rural poultry program, which has been launched in Matabeleland North, is expected to benefit 262,000 households in the province and 39,495 households in Binga district.

Each household receives 10 free-range chicks which, in the long term, should improve household nutrition while plans are underway to commercialize the sector.

Lusulu region, being one of the best agricultural areas in Matabeleland region, is expected to receive more maize seeds than other regions which are encouraged to plant traditional cereals like pearl millet and sorghum. 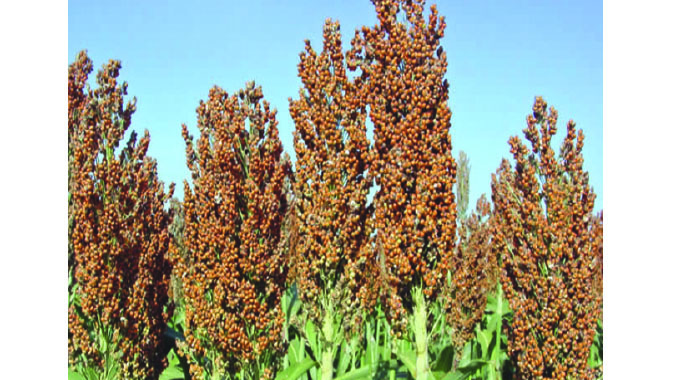 The Grain Marketing Board (GMB) depot in Lusulu is still receiving grain from farmers from the 2021/22 summer farming season.

Lusulu is also a cotton growing area and farmers in the area will receive cotton inputs.

The government views cotton as white gold and wants farmers to maximize its production to improve household incomes.

Speaking at the launch of the three agricultural programs in Lusulu yesterday, the Chief Director of Lands, Agriculture, Fisheries and Rural Development, Prof. Obert Jiri, representing the Deputy Minister in the Ministry Vangelis Haritatos, said said the poultry program will expand across Matabeleland North with 260,000 households. benefiting.

“Today the province receives the first batch of 32,000 four-week-old chicks for 3,200 households. Further deliveries will be made until all 39,495 households in Binga and 262,000 across the province have been covered,” he said. Deputy Minister Haritatos said the program is in line with President Mnangagwa’s development agenda and no one or place should be left behind.

He said that if well managed, the poultry project will improve household nutrition and income.

“The poultry program is part of other government initiatives aimed at rebuilding rural livelihoods and building resilience to climate change. The interventions will have a significant impact on livelihoods sustenance, food security and wider economic development,” he said.

Regarding the distribution of the Pfumvudza/Intwasa climate protection method, Deputy Minister Haritatos said that Lusulu, which is in agroecological region three, plays an important role in national food security.

He said the Lusulu GMB depot has an annual consumption of between 5,000 and 7,000 metric tons of maize and traditional grains. The deputy minister said the government must provide farmers in the region with all the necessary inputs.

“The Pfumvudza/Intwasa program is based on the distribution of inputs according to the agro-ecological region in which the farmer is located. Areas with high rainfall have a higher potential for growing maize and will receive more maize seed as well as traditional cereals,” he said.

“Farmers in areas with low rainfall will receive more traditional cereals than maize. Crops like sorghum and pearl millet are better adapted to low rainfall because they can tolerate mid-season dry spells and low rainfall compared to maize.

Most areas of the Matabeleland region are in regions four and five and are expected to produce more traditional grains. Deputy Minister Haritatos said if dryland farmers are encouraged to plant traditional cereals, they can swap their crops for maize at the GMB.

He said the government is also responding to farmers’ concerns about migratory pests and quelea birds destroying crops.

“Every farmer needs to stand up and be counted. All farmers should join the cash economy by making sufficient use of these interventions by His Excellency, the President of Zimbabwe, Dr. ED Mnangagwa,” he said. For its part, Deputy Minister Haritatos said, the government, through the GMB, will ensure timely distribution of inputs and timely payment to farmers at a viable farm-gate price.

He said the government also aimed to support 14,000 households involved in cotton farming in the district.

He also noted a worrying trend where recipients of agricultural inputs are abusing the facility.

The General Secretary of the Free Range Poultry Association of Zimbabwe, Ms Beauty Jiji, said the Presidential Rural Poultry Program is critical as it promotes the growth of indigenous chickens across the country.

She said traditional chicks are easy to keep and have the potential to transform villages economically.

“So we are very grateful, this is a program that is not only going to have an impact on individual households, but also on the economy of Zimbabwe. If all the farmers who receive these birds take it seriously and look after of these birds and multiply them, we are going to have a different picture in the next few years,” Ms. Jiji said.

She said trained farmers will be able to increase their production.

“As an association since 2015, we have been advocating for this and we are very grateful to the government and President Mnangagwa for empowering ordinary Zimbabweans through this project.” She said if cared for properly, the chicks will contribute to improved nutrition at the household level while contributing to national food security.

“We believe that in the next six months we will start to see the multiplication of these birds. People can then harvest the eggs and take them to an incubator and multiply their stock,” Ms Jiji said.

“As an organization we also aim to market the birds within the next six months. If every household that benefits from this program can sell one bird per month, that means we will have 30 million birds, and if every bird weighs 1 kg, that means we can produce 300,000 metric tons of meat.

Ms Jiji said they were working with the Ministry of Lands, Agriculture, Fisheries and Rural Development, ZimTrade and the Agricultural Marketing Authority to create markets for free-range chickens.

One of the beneficiaries, Mr. Munyaradzi Ngwenya, said he hopes to improve his family’s livelihood by raising chickens.

He commended the government for supporting rural communities to improve their livelihoods.–@nqotshili