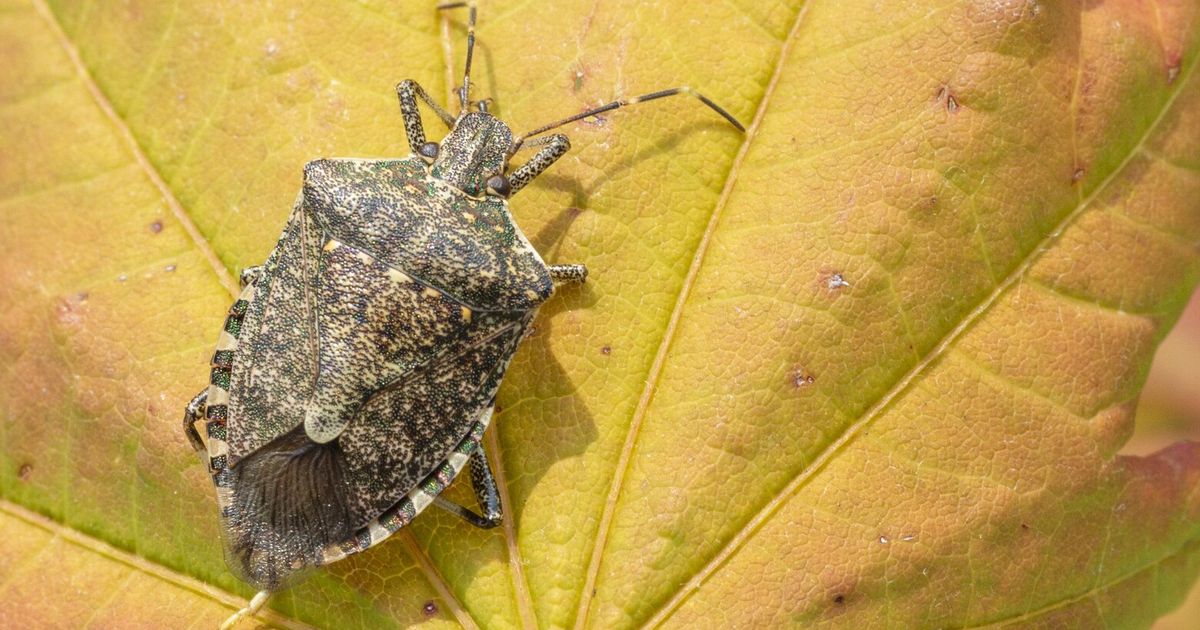 The amount of invasive brown marmorated stink bugs this year exceeds anything seen in Oregon in at least five years and poses a serious threat to Oregon’s crops and garden plants, according to fruit crop specialist at the Oregon State University Extension Service.

Nik Wiman, an associate professor at the College of Agricultural Sciences, said fruit and vegetable crops in the Willamette Valley have been affected.

“It is unusual for brown marmorated stink bugs to feed on fruit and vegetable crops,” he said. “There have been many pest populations of stink bugs in hazelnut orchards. Growers use preventive measures, so we are surprised to have seen so many. »

It’s unclear why the population exploded this year, Wiman said. Like other insects, the population of the BMSB varies from year to year depending on climatic factors. The extremely wet spring likely contributed, but the increase could also be attributed to a natural cycle.

Originally from Asia, the marmorated stink bug was introduced to the east coast of the United States in the late 1990s – likely by boat – and has spread to nearly every state in the country, including Oregon in 2004. The insect feeds on at least 170 plants, especially vegetables, pears, apples and hazelnuts, but also ornamental. Its name describes the smell they give off when crushed.

Oregon’s hazelnut industry, valued at $132 million in 2020, is one of the state’s crops hardest hit by the invasive plant bug, according to the Oregon Department of Agriculture. . The state’s problem echoes the situation in Turkey — the world’s leading hazelnut producer — as well as Italy and the country of Georgia, said Wiman, who is researching alternative practices to control stink bugs, including biological control, habitat manipulation, trap and barrier crops.

A promising biological approach is the samurai wasp (Trissolcus japonicus), an insect native to parts of Asia where it controls the native population of brown marmorated stink bugs. Scientists discovered the wasp in the United States and Oregon, where it was initially distributed statewide by Wiman and a team of scientists from OSU and elsewhere. The Oregon Department of Agriculture is leading the effort.

The parasitic wasp chases away the bedbug’s egg masses and lays an egg inside each egg in the mass. The wasp grows inside the egg, effectively killing the bug, then chews its way out. OSU Extension has a short post about the wasp and its effect on the stink bug.

In addition to agricultural crops, the stink bug appears in homes in the fall when they are looking for a warm, dry place for the winter.

“We did an analysis of the reports we get from people,” Wiman said. “We’ve looked at the schedule and by far we get the most BMSB reports in the fall. The adults are at their strongest and try to enter the houses. Warm fall weather gives more opportunities to enter buildings. They can be very annoying when entering homes and can fly around inside your home all winter long. Then they come out in the spring.

Wiman advises homeowners to seal all cracks where the stink bug can enter and suck infestations inside. On exterior buildings, washing them with a strong blast of water will keep some away. If they come back, spray them again.