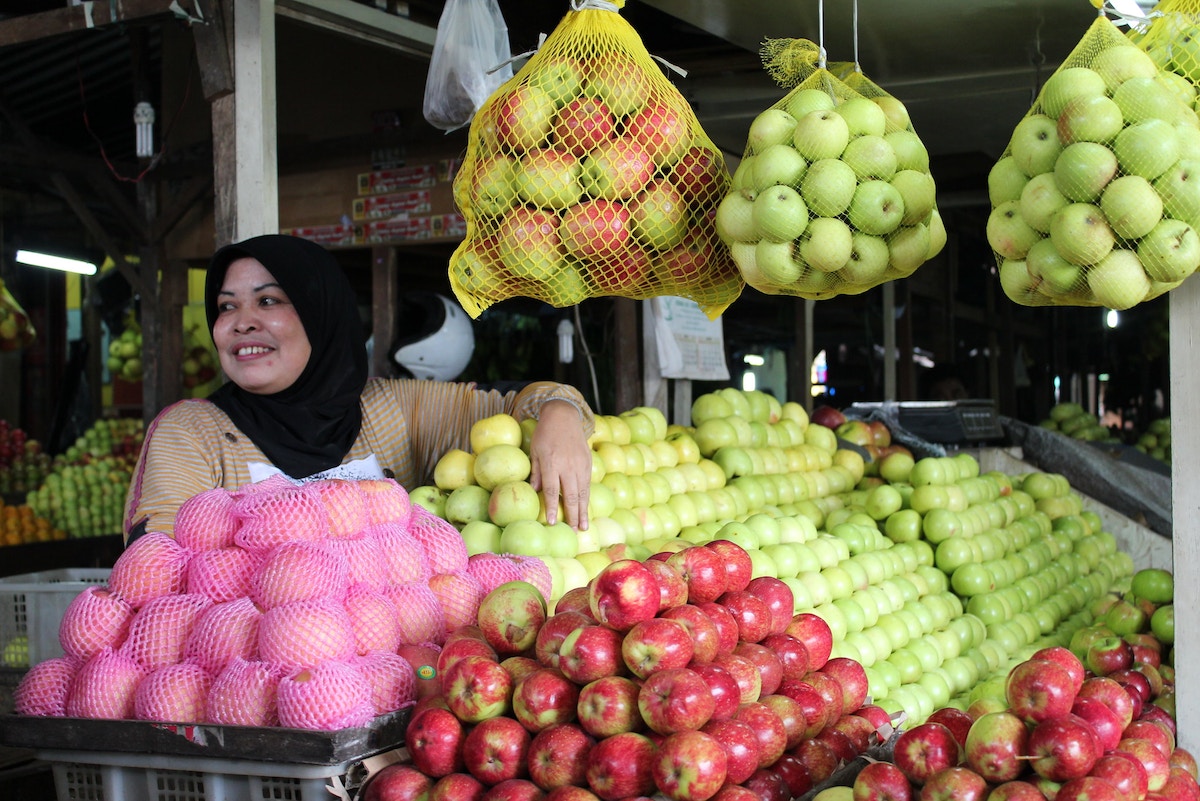 In Indonesia, climate change is eating away at apple crops | News | Eco-Enterprise

As dark clouds gather in the morning sky, Indonesian apple grower Ali Akhbar rushes to finish spraying his trees with pesticides before another afternoon downpour.

It’s officially the start of the dry season in East Java province, but incessant rains have wreaked havoc on thousands of apple growers like Akhbar again this year – disrupting the flowering season, damaging flowers and reducing harvests.

Unusual weather conditions have also caused an increase in pests and diseases, forcing some growers to take out loans to meet the rising cost of pesticides to ensure that years of work are not lost.

“It’s so difficult now – the weather is unpredictable,” Akhbar, 49, told the Thomson Reuters Foundation in the village of Andonosari in East Java, home to the largest apple orchards in the country. .

He used to spray his crops with pesticides once a week, but he has to do it twice a week now and uses stronger chemicals.

Some farmers are trying to move to higher ground for cooler temperatures, but climate change is making the weather erratic and rainfall is increasing. This weather is the enemy of the apple harvest.

Agriculture experts blame climate change for the prolonged rainy season and rising temperatures that pose a serious threat to Indonesia’s apple growing, a sector that once brought steady income to thousands of rural families.

Apples are not native to Indonesia. The fruit is said to have been brought to the country by Dutch colonizers in 1930 and first planted in Pasuruan Regency, where the village of Andonosari is located.

Today, some of the largest apple-growing regions in the country of 270 million people include Batu, Malang and Pasuruan – all in the province of East Java which has a subtropical highland climate.

Apple plantations are also a huge draw for agritourism in these areas, with Indonesians flocking to the orchards to pick the fruit and enjoy the cooler air.

But since its peak in the early 1990s, when the number of trees reached nearly 10 million, the sector has rapidly declined. There were only around 2.4 million trees left in 2016, according to the latest official statistics.

A successful apple crop requires just the right amount of rain and sun, as too much or too little can seriously affect the quality of the fruit.

In Pasuruan, where the dry season usually starts from April and lasts until September, farmers plan the flowering and harvesting seasons according to the weather.

They usually start pruning the trees in January to prepare for the flowering season the following two months, then start harvesting in April.

Indonesia’s meteorological agency is forecasting higher than usual rainfall again for 2022, after last year recorded levels 70 to 100 percent above normal.

In April, the rains continued for much of the month and, combined with rising temperatures, seriously affected crops.

Rainfall and temperature have steadily increased in Pasuruan over the past decade, according to data from the Indonesian statistics agency.

“The problem is that it’s getting hotter and hotter,” said Otto Endarto, a researcher at the Indonesian Citrus and Subtropical Fruit Research Institute of the Indonesian Ministry of Agriculture.

“Some farmers are trying to move to higher lands for cooler temperatures, but climate change is making the weather erratic and rainfall is increasing. (This weather) is the enemy of the apple harvest,” he said. he adds.

Endarto said rising temperatures are disrupting the way crops interact with sunlight, water and carbon dioxide to create sugar, leading to diseases such as stem rot and green lice.

The government institute has been researching apple varieties that could adapt to local climate change, but so far it has not been successful.

Local officials said they are aware of the impact of climate change on the apple business and have held monthly meetings with growers to discuss how to address the issue.

Lilik Widji Asri, the local head of Pasuruan’s agriculture department, said the problem was also compounded by deteriorating soil quality in the area, and efforts to help farmers with better seeds were not helping farmers. have not yet yielded results.

“If this continues, we don’t know what the future of apple plantations here will be,” she added.

Many apple growers in the area have started planting oranges, which they say are easier to maintain, or have started growing other crops on the same plot of land.

Since 2017, Ahmad Solikin has replaced most of his apple orchards with oranges, and now only one hectare (2.47 acres) of his six-hectare plot has apples.

“The oranges don’t need a lot of treatment,” the 50-year-old grower said, adding that he only needed to use pesticides every two weeks on the oranges, compared to twice a week on the oranges. apples.

Production costs can soar to around 100 million rupees ($6,882) for each hectare of apple trees – and most farmers need to take out loans to cover at least half of that, he added.

“When the harvest is insufficient, they are forced to sell their livestock or any other property they own to cover the debt,” Solikin said.

Many local growers fear that apple orchards will become a thing of the past in Indonesia unless the state steps in with financial assistance.

“If this continues, we don’t know anything about the future of apple growing in Indonesia,” said Heri Subhan, 45, president of Citra Alami, a local farmers’ group.

“Apple growing has lost its glory.”