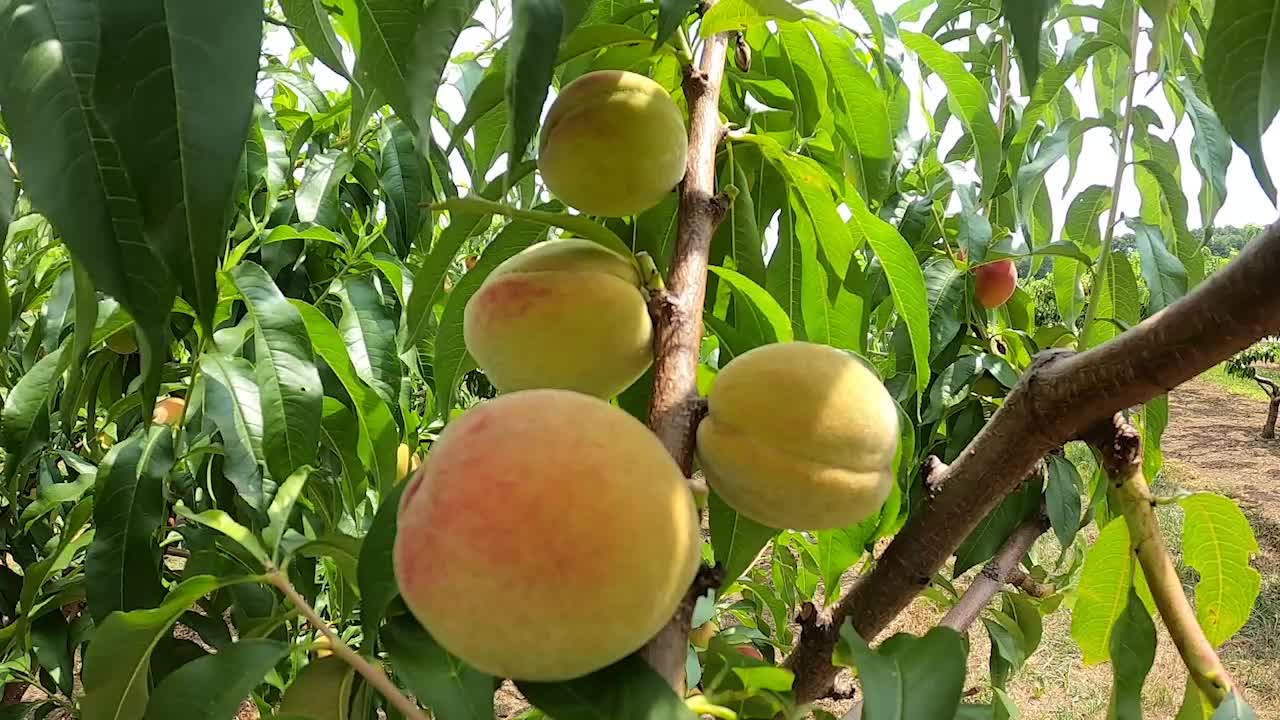 How the Severe Drought in Eastern CT is Affecting Orchards

GALES FERRY, Conn. (WTNH) – Despite being one of the driest seasons they have ever seen, the staff at Holmberg Orchards in Gales Ferry are excited about the peach season.

According to the US Drought Monitor, 17% of the state, including much of eastern Connecticut, is experiencing severe drought.

Russell Holmberg said they’ve had less than an inch of rain for the past five or six weeks, but they said these peaches will still be good. The fruit may be a bit smaller, but it will be even tastier because it contains the same amount of carbs in that smaller size.

“The fruit tends to be a bit smaller,” Holmberg said. “I had some of the tastiest peaches I’ve ever had in my life on the farm right now.”

Tomatoes also do well in this hot, dry weather, but other fruits like strawberries, which grow a bit later in the season to coincide with peach season, don’t do as well in this hot weather.

“It’s a cool-loving culture and when we have these really hot days, they really struggle,” Holmberg said. “They don’t want to throw flowers. They don’t really want to grow up. They’re just kind of sitting there.

Ideally, Holmberg would like to see about an inch of rain a week, but said really dry conditions are better than really wet conditions because they reduce mold and mildew on crops.

If they need to add water, they can do so with irrigation.

“Blueberries like a lot of water, so we put water with irrigation where we can,” Holmberg said. “But it’s another job, and it’s a lot more work.”

They are irrigating vegetables and flowers whenever they can, for now, but they hope they won’t have to for a long time. This weather is tough on crops and crews who have to work outside in the hot sun to get things growing.