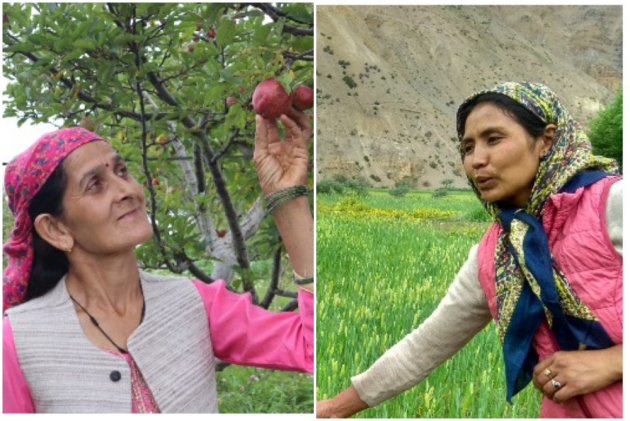 Satya Devi, 50, has practiced her traditional farming activities using chemicals, sprays, fertilizers and pesticides. But despite the use of best marketing practices. She was unable to earn much money or save due to the high costs of agricultural inputs.

In 2018, Satya Devi switched to Zero Budget Natural Agriculture (ZBNF), an initiative launched by the Himachal Pradesh state government to end the use of harmful chemicals in the cultivation of crops. commercial and fruit, including apples.

A resident of a small mountain village in Lafughati, 44 km from Shimla, Satya Devi who grows apples, cash crops like peas, tomatoes, potatoes and grains, has written her own success story. as one of the ZBNF pioneers in the state.

(Satya Devi in ​​her orchard)

Jaswinder Kaur, 49, from the village of Kanshipur near Paonta Sahib, who motivated 150 other women farmers (who are now part of cooperative farming), says her income increased from Rs 40,000 to Rs 45,000 to one lakh of rupees thanks to the cultivation of rice and sugar cane. . It also has a small orchard.

“The cost of the input is zero and the income is more than double. There are also health benefits. We eat and sell our products which are completely free of toxic chemicals and pesticides, ”Kaur said, adding that the“ basmati ”rice produced by them sells for over 100 rupees per kg compared to 40 to 50 rupees for others. .

In the high-altitude village of Spiti, women like Yashe Dolma are leading by example by replacing the use of chemicals with “goumutra” or cow’s urine.

“We don’t use any medical spray. Instead, a product based on “gomutra” (cow – urine) was recommended by the Department of Agriculture. It is a homemade magic product that is very useful for growing healthy and safe vegetables in the environment, without pollution and the use of fertilizers, ”she said. 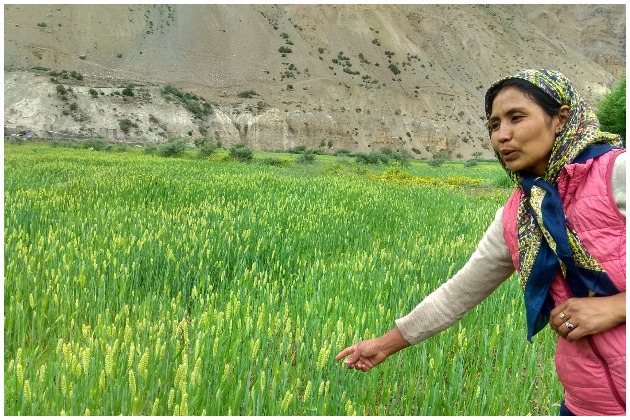 (Yesha Dolma in the district of Spiti)

Dolma and others like her have extended cultivation to at least five to six crops like broccoli, peas, spinach, and radishes which are in high demand in the market because they are free of chemicals.

There is Som Kishan in Karsog who had pioneered organic farming since 2002, but has now moved to ZBNF in 30 bighas of his land growing garlic and crops like peas and tomatoes.

“There is no cost of entry. We have three desi cows at home and we don’t buy any seeds or inputs. So, all we earn from sales is our bottom line. That’s the beauty of ZBNF, ”he said.

The zero budget farming strategy has gained a lot of attention and now even foreigners are turning to Himachal Pradesh for advice from farmers.

Carole Durand, 28, from Averon, France, is in Himachal Pradesh with her friend, Shahzad Parbhoo, 36, to gain first-hand knowledge of low-cost, climate-resilient natural farming techniques promoted by the Government of the state.

Designed by Subhash Palekar (recipient of the Padma Shree Award), the technique is named “Natural Agriculture of Subhash Palekar” (SPNF) in HP. No less than 1,33,056 farmers on 7,609 hectares have already adopted it partially or totally after training organized by the State Project Implementation Unit (SPIU) of the Department of Agriculture.

Carole is a nurse and came to India five years ago because she was interested in yoga. Together, for the past three years, she, along with Parbhoo, a management professional, has explored the possibilities of non-chemical agriculture as a livelihood option.

“My grandfather, who was a strawberry farmer in Corrèze, France, died of brain cancer, supposedly because the strawberries required frequent chemical spraying. Chemical agriculture has done a lot of harm to the health of farmers in this region, ”said Carole Durand. She said there is awareness among people about organic farming in France, but natural farming is amazing.

Parbhoo said he accidentally met Dr Rajeshwar Singh Chandel, executive director of PK3Y, last year while pursuing a yearlong apprenticeship on an agricultural farm (based on biodynamics) near Anand in Gujarat. “Dr Chandel told me about natural farming initiatives in Himachal Pradesh, where farmers do not use any chemical fertilizers or pesticides,” he added. 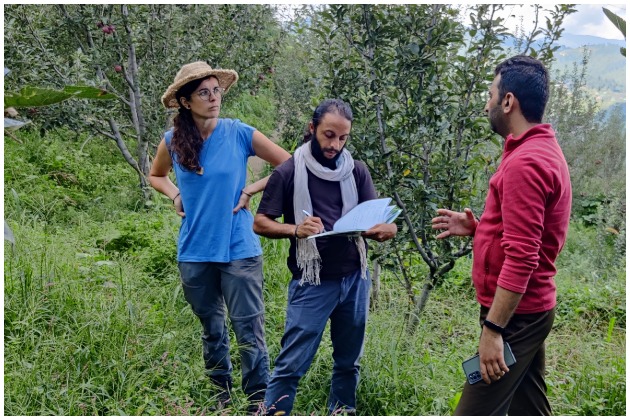 Parbhoo and Carole visited a number of Himachal farmers earlier this month who practice natural agriculture of vegetables, grains, pulses and fruits, on parts of their land in Kangra districts. , Mandi, Shimla and Solan. Both found themselves enriched with knowledge of the concept.

“In Maharashtra, development has devastated agricultural fields near urban areas. In Himachal, we saw agricultural farms everywhere. Most of them harvest multiple crops in the same field after switching to natural farming, ”observed Parbhoo.

Linvilla orchards: fresh from the farm