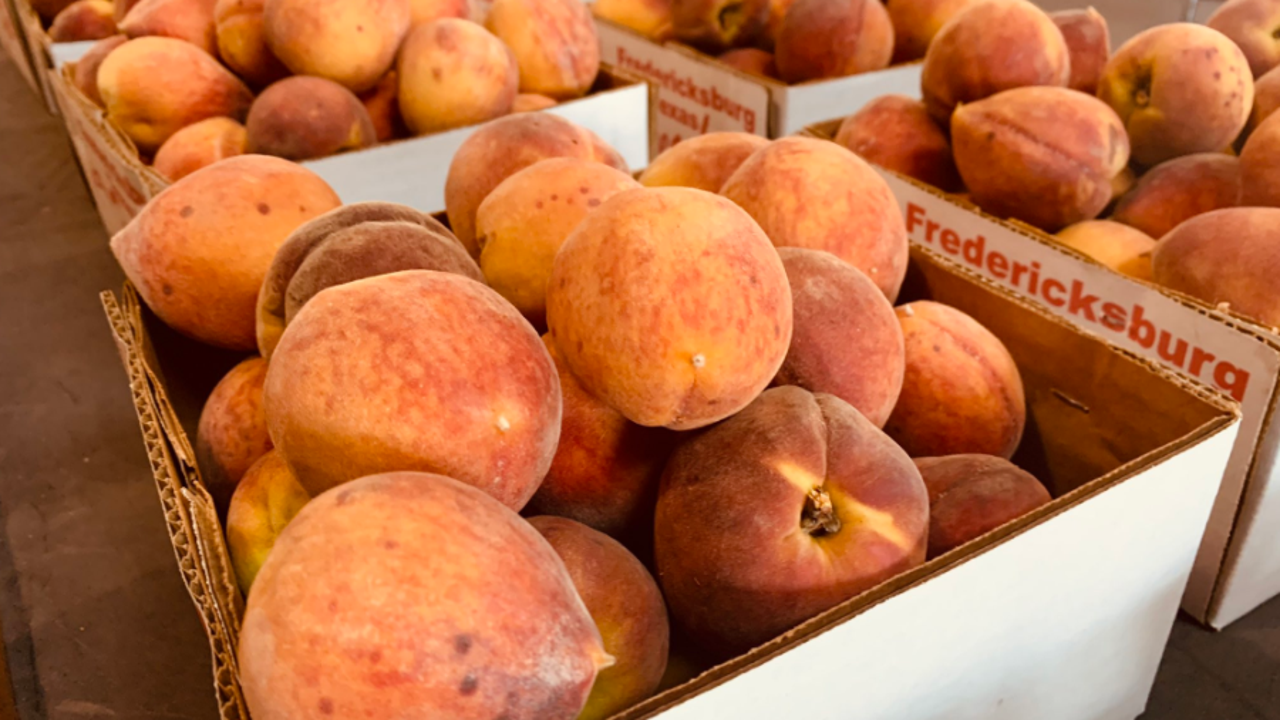 The hope is that rain will return in September, breaking the drought. This could extend the peach season into the fall and bring a rare peach/pumpkin harvest.

HILL COUNTRY, Texas – Peaches can be seen growing on trees throughout the Texas Hill Country, but they ripen about 2-3 weeks late.

The amount harvested at places like Jenschke Orchards is far less than what has been harvested in the past two seasons.

“We’re very grateful for what we have and we’re going to make the most of it,” Lindsey Jenschke said.

Breezes blowing through the Hill Country are providing some relief from the extreme heat, but limited rains have intensified the drought. With a smaller peach harvest, some locations closed at certain times during the week.

The Jenschkes have stopped allowing customers into their orchard to pick their own peaches. The trips are popular and the decision to stop them was a difficult one, according to Jenschke.

“We put whatever we can harvest, we sell it in the store just so we can keep the store open, keep our employees employed and be successful,” Jenschke said.

Peaches can be seen growing on trees throughout the Texas Hill Country, but they ripen about 2-3 weeks late.

Customers find a smaller selection, but the heat has created a sweeter fruit to buy.

“What we were hoping for was to get a bigger size, but even the small size they have right now, I can tell you the quality is good, so disappointed, just a little but not a lot, I think it’s still doable,” said Tom Horton. , which is from Killeen.

For this farming family and others nearby, this season feels familiar. It seems to be setting in like the drought of 2011.

The current situation is not like the drought that hit in the 1950s, according to Travis Jenschke.

The family thinks conditions will rebound and are expanding their 5,000 orchards. A new well is being drilled to supply new trees which will be planted in the rear part of the farm.

“My biggest concern right now is whether my wells are going to hold. And if the wells give way, we’re in trouble until then, we can hang on,” Travis Jenschke said.

The hope is that rain will return in September, breaking the drought. This could extend the peach season into the fall and bring a rare peach/pumpkin harvest.