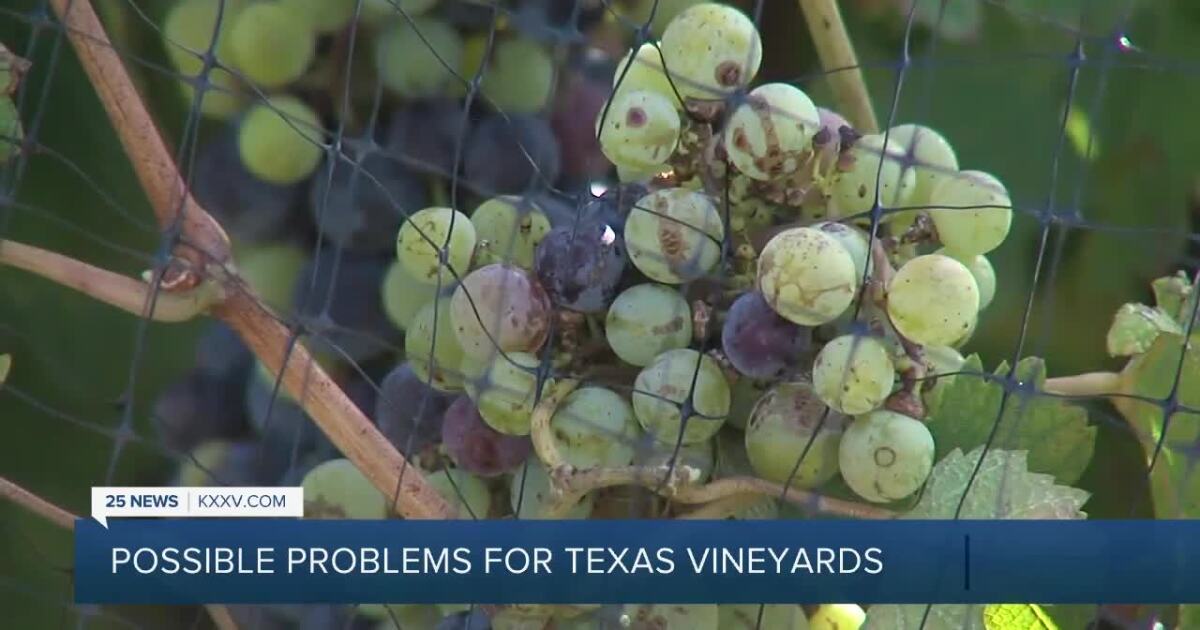 CENTRAL TEXAS – The wine industry in Texas has taken off, but that growth may be slowed by an unseen force.

It’s a statewide problem: vines are warping and producing less fruit. What could be the cause of the damage? The answer can literally blow in the wind.

Texas wine is a booming business, with the industry worth $13 billion. But it was not without obstacles. Look at last year’s winter storm.

“Farming is a lot of luck,” Jeremy Austin said when we spoke to him last year. Austin is the vineyard manager of 3 Texans Winery. “I mean, we rely on Mother Nature. She kind of dictates how good our years are sometimes and how awful they are.”

Sometimes it’s not the time to beat. For some vineyards in Texas, the grape crop was damaged by an intruder from a nearby field, an herbicide called 2,4-dichlorophenoxyacetic acid, or 2,4-D for short. Big Rock Winery near Lake Whitney had a few brief encounters with her.

Once farmers have used the chemical in their fields, 2,4-D can travel several miles through the air. Some studies have indicated that the distance can be over 50 miles. This means that the herbicide can end up in some unwanted places. So far, Big Rock Winery’s vines have suffered only cosmetic damage from the herbicide, but other vineyards haven’t been so lucky.

Winemakers can’t do much about this, as it’s almost impossible to find the culprit.

“One, you have to catch them in the act. And two, you have to tell them to stop,” Wilkins said. “Most of the time you can’t prove where it came from, so here goes.”

It comes after a lawsuit was filed last year against Bayer-Monsanto, the maker of a cotton herbicide called dicamba. Vine growers in the high plains of Texas claimed that the use of dicamba for agriculture resulted in significant losses to their crops.