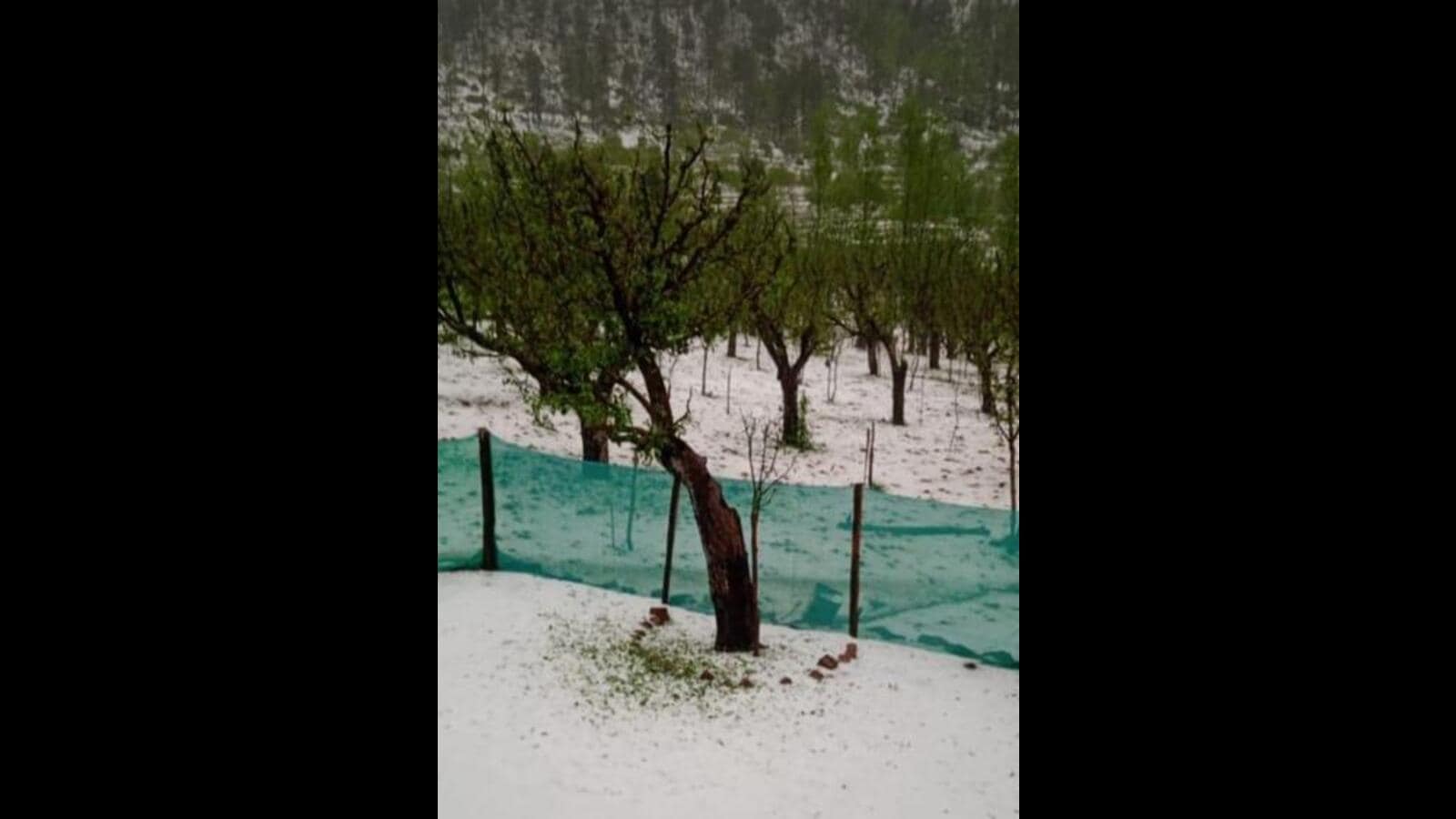 The hailstorm that hit parts of northern Kashmir on Monday night caused heavy damage to orchards.

This is the second time this month that hail has caused damage to fruit of various varieties which are in the early stages of formation.

The huge hailstorm hit parts of Kupwara, Baramulla, Budgam and Ganderbal districts. Director General of Horticulture, Ajaz Ahmad Bhat, said: “According to initial data, losses caused in orchards range from 5% to 30%. So far, we have data on 14 villages affected by the hailstorm. ”

On social media, DG Horticulture also shared the images showing how the hailstorm had caused damage to orchards in different places. While apple varieties are in their early stages of formation, cherry, apricot, peach as well as pear and other early varieties have begun to ripen, causing more damage to the fruit harvest.

On April 14, rains and a hailstorm damaged apple orchards in the Pattan and Tangmarg regions of northern Kashmir. Due to this hailstorm, the orchards of Sherpora, Mamoosa, Kanloo, Babagund, Sari, Nehalpora, Lalpora Kunzer, Lalpora Tangmarg, Dobiwan and Pinjoora suffered damage. The damage was around 20-25% in these areas, according to official data.

The dry spell in March and the first week of April had already worried fruit growers in the valley and they feared it could affect this year’s fruit yield. March, which is generally considered the wettest month of the year, saw very few rain events this time around. J&K’s summer capital of Srinagar recorded its hottest March since 1891, when weather data collection in Kashmir began.

The lack of rainfall in March impacted early cash crops of the season such as cherries, peaches, apricots and plums. However, the hailstorm has added woes to growers eyeing the harvest of cherries and other stone fruits from next month.

Cherry is the first cash crop that farmers in Kashmir harvest in May and June.

Experts believe that the current drought is the result of global warming. “The dry spell followed by untimely heavy rains accompanied by thunderstorms and hailstorms is caused by global warming and our Kashmir is also having its effect,” said Abdul Gaffar, an official at Sher University of Agricultural Science and Technology. and Kashmir.

Some state cultures may feel pressured by war in Ukraine