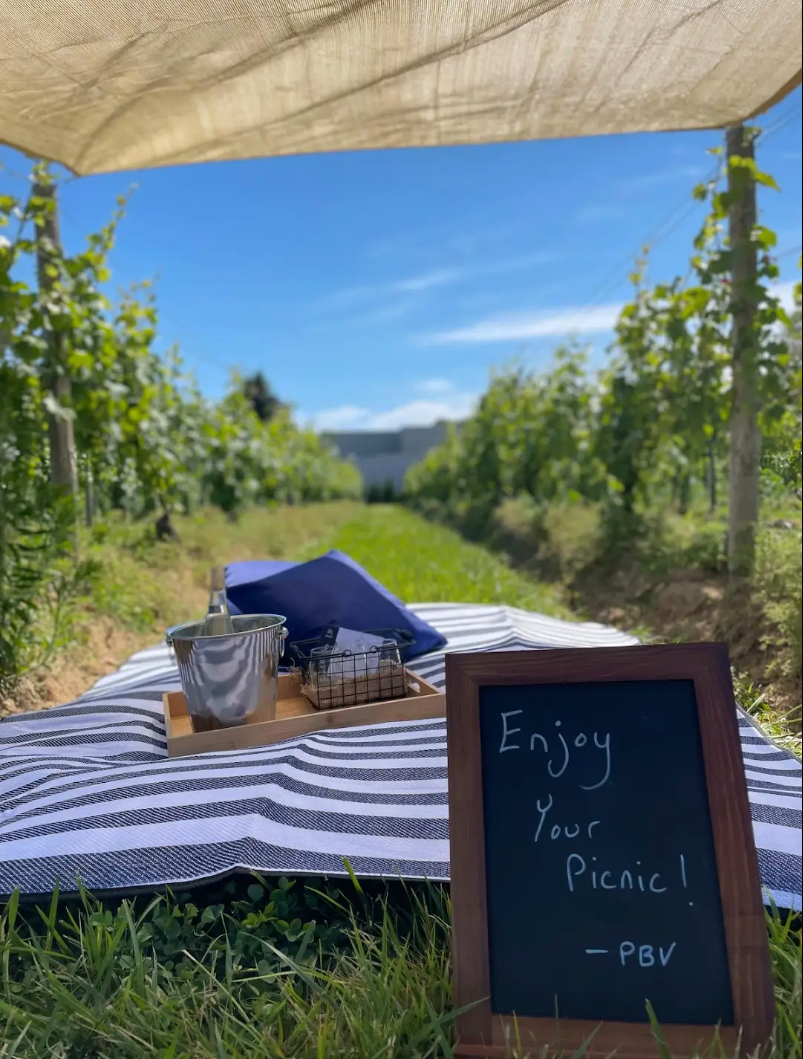 Grape picking in 2022 and beyond

As this year’s harvest moon rose over the East End in early September, local grape growers, like Peconic Bay Vineyards, were immersed in an annual ritual that began on the North Fork nearly 100 years ago. 50 years.

The process of driving summer’s grapes from vine to table has become much more sophisticated since Louisa and Alex Hargrave first planted on a strip of Cutchogue farmland in 1973. But an obsessive focus on the climate remains a constant for winegrowers.

With a colder than average winter and a prolonged drought, the 2022 harvest was not without challenges.

The “picking season” generally runs from early September for white grapes to early November for hardier red grapes like Cabernet Sauvignon. According to Greg Gove, winemaker at Peconic Bay Vineyards in Cutchogue, an unusually hot and dry summer forced him to adjust that schedule on the fly.

“This year, with the heat, everything accelerated,” Gove explains. “We chose earlier.”

Even the birds that flock to eat the grapes as they ripen arrive three weeks early, forcing the winemaker to rush to put up protective netting.

“Birds have been doing this for much longer than we have,” notes Gove. “They know when it’s time. They were thirsty because of the lack of rain.

The freezing winter also took its toll. “It’s possible for a deep frost in winter to affect your crop — and we’ve seen that this year,” he explains. “In fact, we had lower harvest yields. This year has been difficult in many ways.

Challenges aside, Gove remains confident in the harvest. “I think the whites are going to be very good, but I’m really excited about the reds this year,” he says, pulling a sample of still-fermenting pinot noir from the tap of a huge stainless steel tank. “Red grapes really thrive in the type of conditions we had.”

After picking, destemming, pressing, fermentation, barrel aging and a healthy dose of winemaking art and science, the white grapes from the 2022 harvest will be bottled as finished varietals in 2023. The 2023 vintages will also mark the official 50th anniversary of North Fork. One-year winemaking anniversary, certified by the Long Island Wine Council. The red varietals from this year’s harvest will appear about a year later, in 2024.

Given that grape growers spend so much of their working lives adapting to climate issues, it’s only fitting that Peconic Bay Vineyards Community Relations Manager Stacey Soloviev has been dubbed “the weather goddess” by her team of management, which includes Gove and managing director Ken Cereola. .

According to Cereola, Soloviev earned his nickname because of his incredible ability to summon the good weather at important outdoor events in the vineyard.

While Solovyov may not be able to change the weather during the growing season, she hopes to make it rain with her expansion plans for Peconic Bay Vineyards.

Coming from a prominent business family who purchased the vineyard in 2019, Soloviev plans to turn the 53-acre property into a full-service resort.

“I was always focused on the larger vision for this property,” says Soloviev. “We have nearly completed the design process for a new hotel, spa, restaurant, and new winery facility and tasting room.”

“My idea is to take people to the vineyards, to stay here for the weekend, to see the growth of the grapes and the winemaking process,” she adds. “I want guest chefs to come, have a lot of wine pairing and food preparation and really let people see what this area has to offer.”

Currently, the cellar is preceded by a relatively modest and intimate tasting room with a patio and picnic area at the back that overlook the vines. Winemaking and storage are housed next to the tasting room and parking lot. There is also a free-standing covered barn for private wine tastings and special events.

“Ours is one of the smaller tasting rooms. If it rains, we have nowhere to put our reservations,” laments the weather goddess.

The winery offers a complete tasting experience with and without wine pairings. Although it changes from year to year, its current wine list includes nine varietals, all produced on site and on the estate grown on the main property or one of three additional farms that PBV owns and operates in the area.

The vineyard does not currently have the capacity to prepare hot meals on site. However, Peconic Bay Vineyards incorporates meats, cheeses and seafood from local vendors to create imaginative wine pairings for its guests.

The vineyard also has an on-site oyster bar thanks to its partnership with the Hampton Oyster Company, which farms its oysters in Peconic Bay. Founded in 2016, the company describes itself as “the region’s first deepwater and surface oyster farm”.

When Soloviev’s team is asked to name their favorite food/wine pairings, Cereola is quick to respond: “Viognier and oysters.”

As North Fork evolves and visitors become more discerning about what they choose to eat and drink, Soloviev and his team have noticed a shift in the wine flavor profiles their customers expect. .

“In years past, many of our customers were ‘sweet seekers,'” says Cereola, who manages the winery’s tasting room. “But over the past decade, people have learned more about wine making and are presented with quality bottles more consistently. Now they are really looking for an elevated bottle instead of just a sweet bomb that will satisfy their palate.

“For 10 years, people have been asking for our driest bottle of wine,” he continues. “It’s an amazing thing to hear.”

While its tasting and hospitality facilities are smaller compared to many of its North Fork neighbors, Peconic Bay Vineyards’ annual winemaking output puts it among the region’s most productive wineries, according to Gove.

With a total of 124 acres spread over four farms, including the vineyard itself, PBV can produce approximately 26,000 cases of wine per year. This production is expected to increase to around 35,000 cases with a new planting of 24 acres planned for this year. (Gove estimates that the “average” North Fork winemaker produces about 10,000 cases a year.)

With a growing population of full-time residents and more visitors than ever, the North Fork presents plenty of opportunity for development – a fact that Soloviev has not lost, especially given his position as a well-financed vineyard owner with a robust wine- producing capacity and extensive land on which to build.

But Soloviev also understands that local politics isn’t always easy to manage. As she gestures toward a gravel driveway where she hopes to one day see a hotel pool, she stops and says, “We’ll be submitting our plans to the city very soon.

“We’ve had a lot of great feedback so far,” she continues. “Once we get the approvals, the construction itself won’t be difficult. It all depends on that. »

Floods damaged 43% of crops and 30% of orchards in Balochistan: UN report – Pakistan