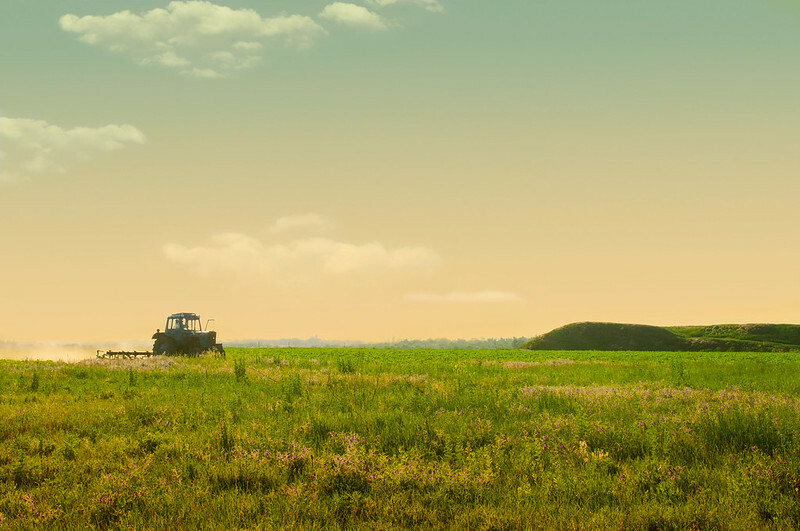 Alarmed by the prospect of global food shortages due to the conflict in Ukraine, the EU wants as much land in Europe as possible to be devoted to cereals, even at the expense of biodiversity, Reuters reported. Berlin’s new greener government is backtracking.

Environmental groups have slammed the move, saying they fear agribusiness lobbyists will use the current crisis to push the bloc to lower green standards coming into force in 2023 under the new farm policy. municipality (PAC).

Germany’s Green-led agriculture ministry has decided to push back on EU easing, allowing land use only for cattle fodder, which is less damaging to local flora and fauna because it does not require fertilizer.

“The ecological damage of opening up these areas does not outweigh the economic benefits and the harvest,” said Silvia Bender, state secretary at the Greens-led agriculture ministry.

An EU spokesman said Germany had notified the Commission that it would not use the exemption granted in March for this year.

Data this week showed that the EU has lagged behind in ecosystem and biodiversity conservation over the past five years.

Berlin’s decision reflects greater influence of the Greens party, which was part of the new three-party coalition government last year, over German agricultural policy, with new minister calling for more organic farming and criticizing prices cheap meat, in a country known for its one-euro sausage.

Bender said the extra acreage Germany could devote to crops under new EU rules would have no global impact. Germany produced about 42 million tonnes of grain last year.

Utilizing the 170,000 hectares of fallow land would have increased annual production by 600,000 tonnes, less than 1% of Ukraine’s annual grain production of around 86 million tonnes.

Lucas Schwienhorst, an organic farmer from the Spreewald region just outside Berlin with 450 hectares of land, said it was the land with the lowest quality soil that was usually left fallow anyway. Yet using fallow land for crops would severely limit the range of species that live there.

“For example, an ortolan (a bird in the sparrow family) might well breed here. It always likes to have overhanging branches above its nest and that would be the case here,” he said.

“I’m disappointed. We could have lifted this rule for a few months,” said Stefan Bernickel, a 39-year-old farmer in eastern Brandenburg, who tends some 300 hectares of arable land with wheat, barley and rapeseed.

For Bernickel, the debate over this year’s harvest was already too late. He is now more concerned about the regulations that would be imposed for next year’s harvest.

BACK ON SUSTAINABLE AGRICULTURE?

EU Agriculture Commissioner Janusz Wojciechowski said he could not rule out extending the derogation from set-aside rules until next year depending on how the situation develops.

In April, Germany’s opposition conservatives sought to get ahead of the bloc, presenting a bill to parliament calling on the country to deviate from the EU’s target of setting aside 4% of land next year . Last week he failed to pass though.

The EU has so far stuck to its other sustainable agriculture plans and is expected next month to propose laws to make pesticide use more sustainable and set legally binding targets to restore nature.

But critics are pushing for them to be relaxed too, saying they could reduce grain production.

“The terrible war in Ukraine with its serious consequences on world food markets has been a very good opportunity for some agricultural lobbyists to take advantage of this situation,” Johann Rathke, agricultural policy coordinator at WWF, told Reuters.

Julia Bar-Tal, director of the sustainable agriculture association AbL, said one crisis should not trump the other – that of environmental degradation and biodiversity loss.

Either way, German farmers have already expanded the area of ​​grain sown for this year’s summer harvest, encouraged by higher prices, according to official data released last week.

Land for sewing spring wheat is expected to increase by 73.5%, while barley acreage is up 20.3% from last year as farmers shift to crops with the most profitable.