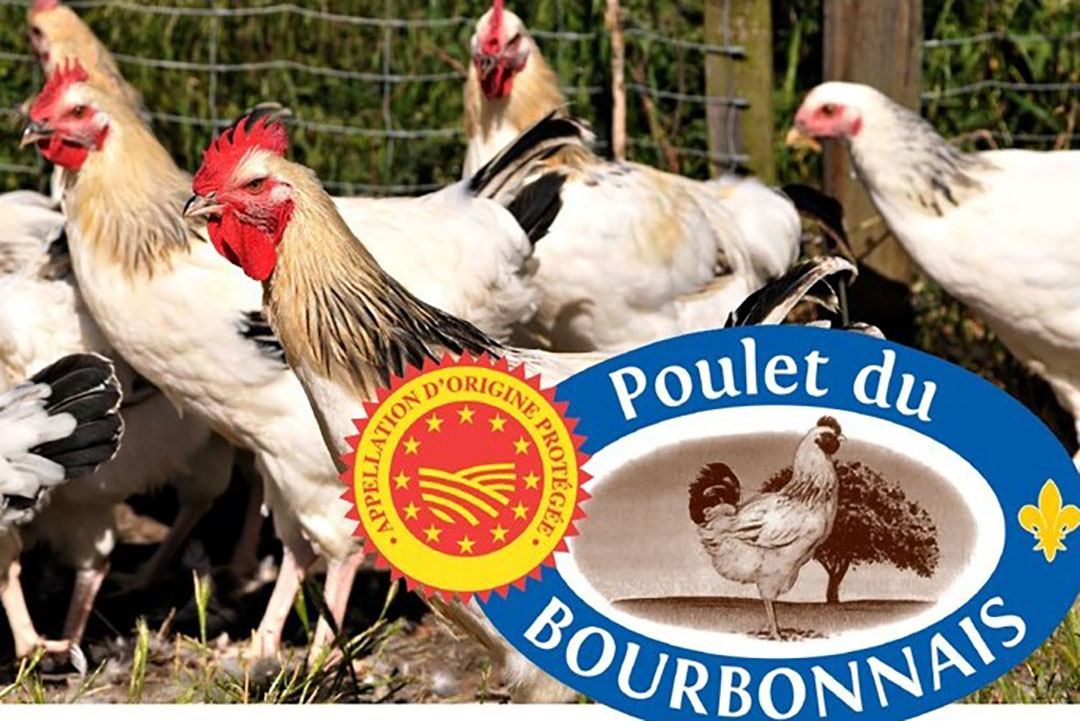 The AOC is only considered when the entire manufacturing process of a product takes place in a single and precise geographical area according to recognized know-how which gives the product its unique characteristics.

It took nearly 20 years for the “Poulet du Bourbonnais” to be officially recognized by the INAO, the National Institute of Origin and Quality.

Today, the “Poulet du Bourbonnais” is reared for 100 days, fattened with feed enriched with milk, and limited to 500 chickens per 3,000 m² in a well-defined area. He sleeps in small raised wooden coops (max 70 m²) which provide good insulation and 15% of his daily food in the form of grass, worms, insects and berries.

Sorghum is a staple grain that provides many health benefits to livestock, pets and humans. But specific compounds found in sorghum varieties, such as tannins and polyphenols, can have negative effects on the poultry and pet industry. Read more…

A free-range hen born in the land of Bourbon hedgerows

The history of ‘Poulet du Bourbonnais’ begins at the end of the 19th century, in the heart of the Bourbon bocage. The Bourbonnais breed comes from a cross between the white hen, present for centuries in the Allier, and the Brahma rooster, imported from Asia in the mid-1800s.

The attributes of the “Bourbonnais Chicken” were defined and recognized by the Ministry of Agriculture in 1917: white plumage streaked with black, hardy, early and abundant egg-laying, good fattening ability, tender and juicy flesh. Today, these qualities have been carefully preserved and developed.