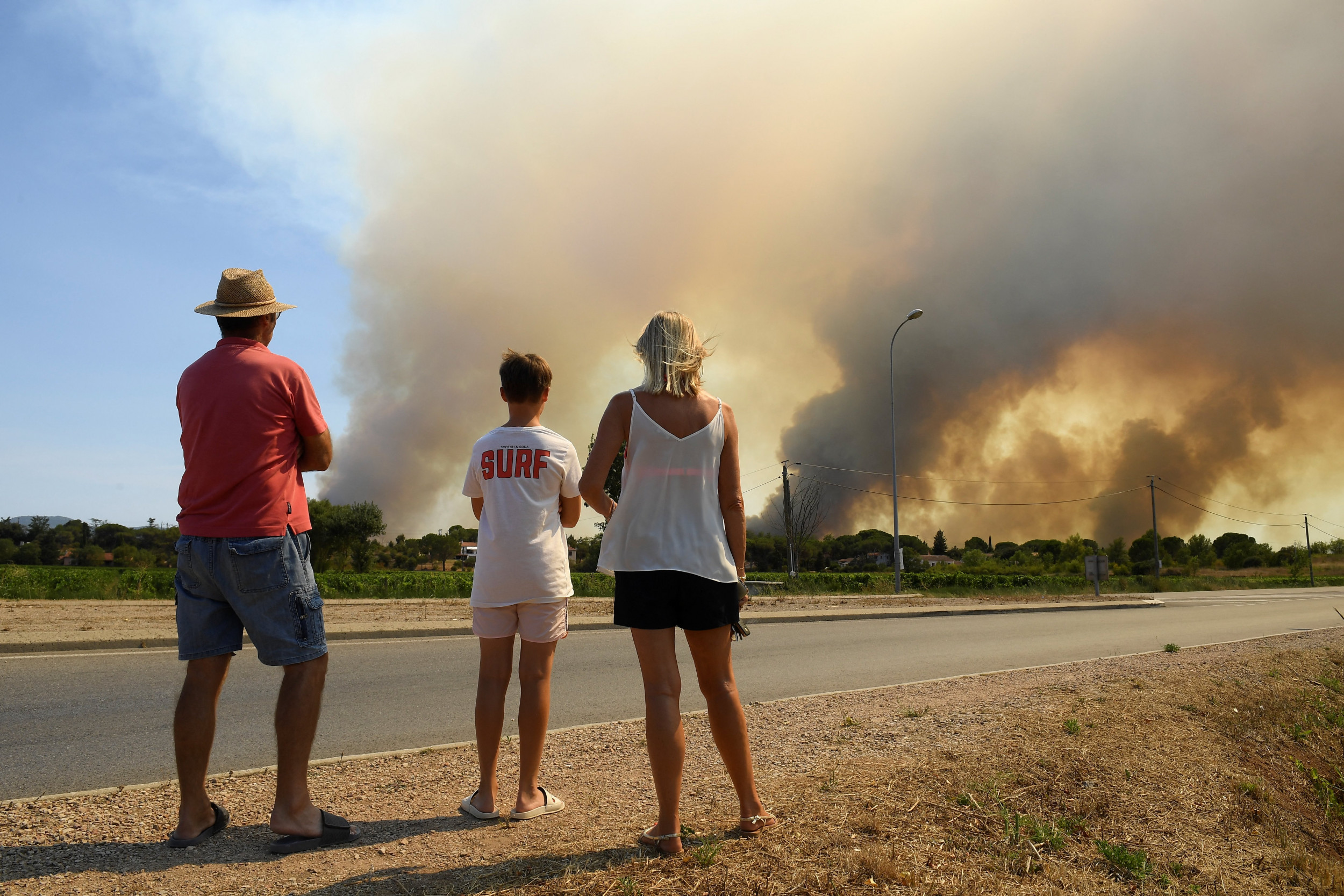 In France, a forest fire burned vineyards near the CÃ´te d’Azur for a week at the end of August, following an April frost that killed vines and cost 2 billion euros in losses. wine industry, the Associated Press reported.

Some winegrowers in the region, known for their CÃ´tes de Provence wines, are trying to recover from the fire in their vines, which killed two people and injured 27 others. After the hot weather in March, the unexpected cold of April hit the country’s central wine region, with French officials calling it “probably the biggest agricultural disaster of the turn of the 21st century,” the AP said.

“We receive hundreds of messages from people who want to buy our wine, but we have nothing left,” Pierre Audemard told France-Bleu, who saw his stock of wine as well as his equipment destroyed by the fire.

Scientists said the April freeze and industry losses were likely due to climate change, according to a World Weather Attribution study.

In the nature reserve near the CÃ´te d’Azur, the winegrowers who cultivate the region’s famous harvest take stock of the damage.

Rows of charred vines stand alongside a vast expanse of black, smoking vegetation devastated by the fire. The fire forced some 10,000 people to evacuate around the Var, not far from the famous seaside resort of Saint-Tropez.

At least one small wine estate has seen its vines destroyed. And the grapes that have survived may be too damaged by smoke to produce a salable wine.

The MDCV wine group, which owns several vineyards in the affected region, considers itself relatively lucky but still faces losses.

About 15 percent of the vines in the group’s ChÃ¢teau des Bertrands vineyard have burned down. A few rows of burnt vines separate the rest of the lush, untouched vineyard from the blackened forest beyond.

Thanks to the efforts of the firefighters and the development of the vines, the fire was stopped dead.

“The vines act like a natural fire wall, they separate the winds and prevent the fire from moving from one plot to another”, explains Maxime Mathon, MDCV communications manager.

Others were not so lucky. A small winery across the road, nestled in a dense section of trees and vegetation, was completely consumed by the rapidly moving fire.

As firefighters descended on a vineyard that was becoming cornered by the smoky fire, a family who had stayed behind instead of evacuating tried to put out smaller flames with garden shovels.

For winemakers lucky enough not to have lost their crops, their attention is now focused on the lingering effects that could threaten their wine production during the next harvest.

â€œEven if a vineyard has not been directly affected by the fire, the smoky winds can actually affect the taste of the wine,â€ Mathon said.

Winemakers will only know if they have a salable product during the winemaking process, where they ferment the grape juice, turning it into wine.

In an industry that appreciates the consistent quality and style of wines from the Var, the concern is that the fire could have tainted the harvest too much for its traditional attributes to fully materialize.

â€œWe will need to have very strict tasting sessions for this harvest to make sure that the product we are creating is of high quality as usual,â€ Mathon said.

Var winegrowers have long faced hot summers and the risk of fires, and the latest fire was among several to hit the Mediterranean region this summer. Scientists say the world will increasingly see such extreme weather events, driven by climate change from the burning of coal, oil and natural gas.

Today the grounds of the ChÃ¢teau des Bertrands are empty except for a group of well-kept horses grazing slowly beside a section of vines. As firefighters battled the wildfire, the horses were rushed into trailers to be evacuated as the growing flames approached.