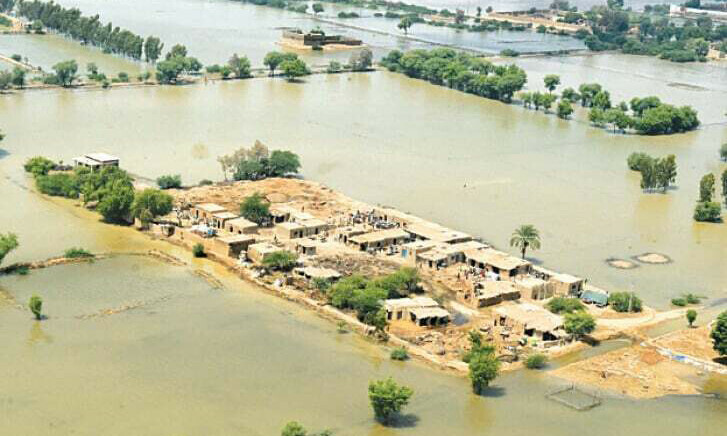 Floods damaged 43% of crops and 30% of orchards in Balochistan: UN report – Pakistan

ISLAMABAD: Monsoon rains and floods damaged 117,400 acres or 43% of crops and vegetables and about 35,000 acres or 30% of orchards with varying proportions in surveyed districts, says rapid needs assessment report on Balochistan.

The report was prepared by the Provincial Disaster Management Authority (PDMA) of Balochistan, in collaboration with UN agencies, and released on Tuesday by the UN Office for the Coordination of Humanitarian Affairs (UNOCHA).

The heaviest damage to crops and vegetables was reported in Lasbela, Pishin and Jhal Magsi, while orchards are mostly affected in Killa Saifullah, Kharan and Pishin, according to the report.

The assessment was conducted in 10 priority districts at the request of the provincial government. The report states that the recent floods have had a negative impact on crops and orchards, especially onions, tomatoes, cotton, maize, pulses, fodder grapes, apples, pomegranates, apricots and dates.

Lasbela, Jhal Magsi, Kharan, Killa Saifullah and Pishin among the most affected districts

Overall, an average of 15% of farming households lost grain stored for household consumption, mainly in Jhal Magsi, Kalat and Lasbela, the report said.

In terms of damage to roads from farm to market due to heavy rains and floods, 51% of surveyed villages reported severe damage, 34% moderate damage, 8% light damage and 7% no damage.

Across all districts, severe damage to roads leading to markets was reported to be heaviest in Jhal Magsi, Kachhi and Killa Saifullah.

Damage to roads connecting farms to markets as well as blockages and damage to highways are disrupting the food supply chain and leading to food shortages in local markets.

Tube wells, solar panels for crop/orchard irrigation and irrigation canals are the most damaged irrigation infrastructure reported by the villages surveyed.

The livestock sub-sector was also affected by the calamity, causing immense livestock losses in addition to increasing the risk of livestock diseases and animal mortality. Overall, 56,530 households (about 50 percent) in the surveyed villages raise livestock, mainly in Jhal Magsi, Kalat, Kharan, Pishin and Lasbela.

Due to damage to roads linking farms to markets and inter-district highways, the supply of livestock inputs has been affected, while low availability of fodder/raw materials in livestock input markets nearby is also a major concern for herders.

Overall, 36% of the villages surveyed reported that there was no availability of fodder/raw materials in nearby livestock input markets, 56% reported availability and 8% did not. had no information. In all surveyed districts, this problem was mainly reported in Jhal Magsi, Kalat, Kharan, Lasbela, Chaman and Pishin.

On average, households have 13 days of food stock for their own consumption. Among the districts, households were reported to have the least food storage in Chaman (five days), Lasbela (seven days) and Kachhi (seven days).

Grape picking in 2022 and beyond