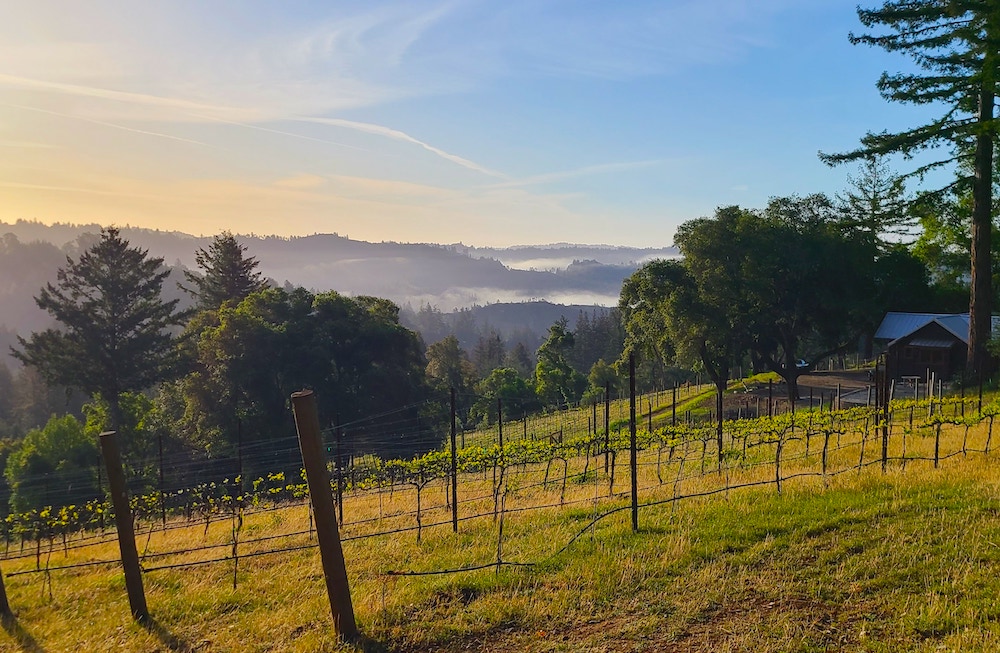 April 22, 2022 – Joshua Stewman is an architect by trade, but a builder at heart. The eldest of four boys, he grew up in Boulder Creek. His father was a building contractor and his mother did drafting services. “We grew up loving Boulder Creek!” He recalls. “Our backyard was the forest, the streams and the salamanders. Couldn’t imagine anything better. »

But, his parents did. They grew tired of living under trees and wanted more sun, eventually buying a mountainside plot in 1995 and building a new home near Love Creek in Ben Lomond.

Joshua went to Humboldt State University to get a degree in history, then to China to teach English and gain life experience.

“I stayed for 5 years, between 1997 and 2002, he recalls. “It was fascinating! As a bachelor and super adventurous, I only knew four words. It was a city of two million people, a college town. Every time I went shopping, I was the only foreigner. People leaned out of second-story windows and shouted “Hello!” to practice their English. It was amazing to see the cultural changes happening so quickly.

Then he got married and his wife Sarah joined him in China. “Sarah once asked me what kind of job I’d like to do knowing I wasn’t going to get paid,” Stewman recalls. “I considered teaching and maybe getting a master’s degree in history to become a teacher, but while teaching was rewarding, there was something else I wanted to do, and that was building.

When I was younger, I was swinging a hammer and working for contractors, and I loved the smell of wood and building houses. So we moved to Illinois, where my wife is from, and I got a master’s degree in architecture from the University of Illinois at Urbana-Champaign. Came back here looking for work and landed in Pacific Grove. Her day job is at her business there, Homelife Design Studio.

Once the couple moved to California, they started visiting her parents in Ben Lomond with their three boys, just hanging out. A drinking of wine might have happened, something he hadn’t done before. After a while the wine bug bit and they started talking about planting vines. “My parents’ house is up Love Creek and Roberts Road,” he says. “It’s a south-east facing slope, but with lots of ridges and lots of light. It was super overgrown with Scotch broom and poison oak, which we had for months while clearing!”

Local vineyard consultant Rick Anzelone helped them get the quarter-acre vineyard project started in 2008. Stewman says, “He showed up in his Toyota truck and walked us through the basics. We planted 400 vines, all in Pinot Noir, with plant material from Duarte. We sprayed, trimmed and did all the maintenance.

Stewman and his father built a small casita to be a small winery next to the vines. His younger brother Tom, who is the manager of the vineyard, now lives there with his girlfriend.

Early on, Stewman sought winemaking advice from Rhys winemaker Jeff Brinkman, whom he met through being on the Rhys mailing list and buying their wines for several years. Brinkman was extremely helpful right from the start, directing them to cask choices (Francois Frères) and preferred processing methods. Later, as they planted more acreage, he helped them identify areas of the vineyard that held particular promise.

“Our first harvest was only 5 gallons, but it was super rewarding! Jeff told us we had to charge $500 a bottle to break even! It was so much fun, but a ton of work,” says -he.

And yet, they got hooked and started planting more vines, as a vision to create their own brand began to emerge. In 2012, they planted two more acres. Then they started noticing an undeveloped property next door that had potential. “We called the owner, an older gentleman who had bought the land because it was next to where his grandmother lived. He planned to sell it when his grandkids went off to college,” Stewman says.

Joshua and Sarah purchased this 21 acre parcel next to his parents’ property in 2011. “We planted our first block of vines on this new Roberts Ranch parcel in 2012. Currently we have 4 acres of vines, all pinot noir,” he says. , adding that the oldest vineyard parcels are mainly 667, 777 and 2A, while new plantings include Calera, Dijon 828, Mount Eden and Wandeswil.

Stewman says Ben Lomond’s property really spoke to him: “We have a 280-degree view of the hills from our parents’ house. When we purchased the plot from Roberts Ranch it was totally overgrown and you couldn’t even see the ridge. When we developed the vineyard, we looked up at the hillside and realized how awesome it was! The light was so amazing.

From 2010 to 2016, Roberts Ranch wines were made in his parents’ winery. Deciding they needed a proper winery on the property, they secured a loan from the Agricultural Services Agency and began building the winery in 2017. The installation was completed last summer, the same months they got their ABC license, and slowly built their wine club, realizing they needed some breadth as they grew.

They started buying Chardonnay from Lieberman Vineyard in Woodside in 2018, and also got Pinot Noir from Lester Family Vineyard in Pleasant Valley. Alas, 2020 was a total meltdown at the Roberts Ranch estate, due to the CZU fire, but they did get Pinot Noir from Lester that tested low smoke. Luckily, the 2021 vintage is looking really good, all around. In the cellar are 8 barrels of Pinot Estate for 2021.

They call on the services of Alesia Viticulture for the upkeep of the estate’s vineyard and the picking of fruit. Most of the crew live in the area anyway, which is handy, another helping hand, thanks to their relationship with Jeff Brinkman.

Stewman says they prefer picking for fresh fruit flavors and the wines are in the 12s and 13s for alcohol, a leaner style he enjoys. Brinkman underlined the great potential of their hillsides to produce wines with good structure, due to the altitude.

“We did blind tastings with him,” Stewman marvels. “He is just fascinating and has such a wealth of knowledge. What amazed me was that he was able to shout distinctions in our vineyard, from blocks stacked side by side. There is a huge difference between the top and the bottom of the hill! He helped us to see these differences. Now we isolate smaller batches for fermentation and package them separately. »

Roberts Ranch Vineyards went “live” last year with its first public club event in November and 50-60 people in attendance. Everyone had a great time, and Stewman says they plan to open for tasting by appointment this summer.

His brother’s girlfriend comes from an Italian family, likes to entertain and is happy to make cheese boards for tastings. They machined madrone and redwood from the property, from which a Monterey furniture maker made cellar doors for the cellar. They could also have custom serving boards made.

This is a brand that is definitely becoming something worth watching and tasting.

The Roberts Ranch team will be serving a selection of their wines at the Great Santa Cruz Mountain Tasting at The Mountain Winery this Sunday.

Laura Ness is a longtime wine journalist, columnist and judge who is a regular contributor to Edible Monterey Bay, Spirited, WineOh.Tv, Los Gatos Magazine and Wine Industry Network, as well as various consumer publications. His passion is to tell stories about the intriguing characters that inhabit the fascinating world of wine and food.

MODESTO, Calif. (AP) — Between sprawling almond orchards and dairy pastures in the heart of…