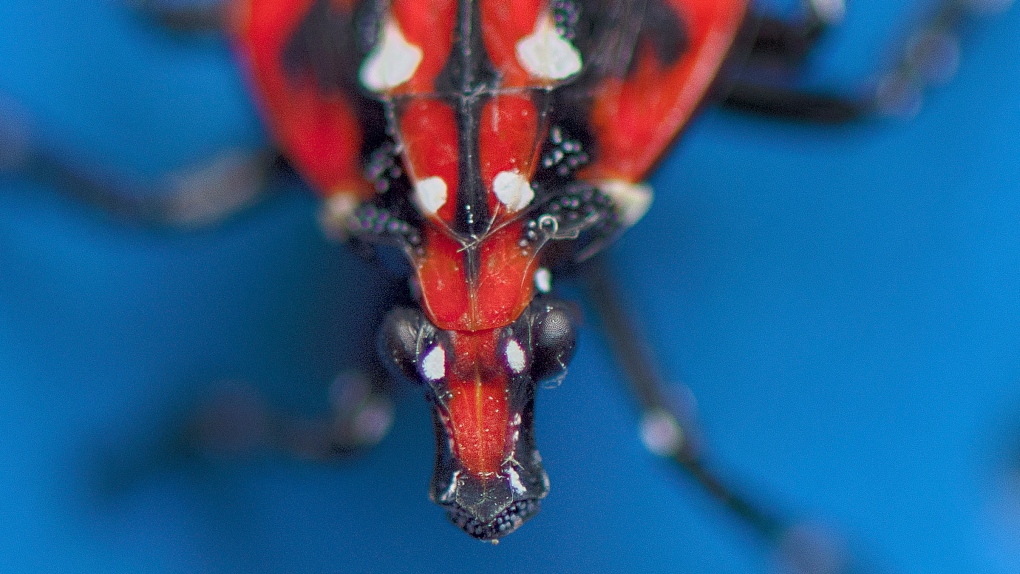 New insects appear regularly in Canada and some of them could pose a threat to Quebec crops.

“In recent years, with international trade and probably climate change, there are certainly more and more risks associated with (these) species,” said biologist and entomologist Jean-Philippe Légaré, who works in a laboratory of crop protection at the Quebec Ministry of Agriculture. , Fisheries and Nutrition (MAPAQ). “Add to that the fact that we have varieties that we can grow further north, pests also follow these crops.”

Last month, the Canadian Food Inspection Agency (CFIA) issued an alert for the Spotted Lantern Fly, an insect native to Asia but established in the United States since 2014.

The Mottled Lantern is a brightly colored insect that looks like a butterfly but isn’t. Instead, it belongs to the same family as aphids. Its arrival in North America is probably the result of international trade.

Its presence in upstate New York, just 45 kilometers from the Ontario border and the Niagara wine region, suggests it may soon arrive in Canada.

“Its spread over long distances is facilitated by human transport of infested material or objects containing egg masses,” according to the crop protection website IRIIS, managed in part by MAPAQ.

By feeding on the sap of plants, the spotted lantern can cause significant losses in vineyards, orchards and forest crops.

Currently, the CFIA and MAPAQ are emphasizing awareness — signs have been put up at rest stops, for example, asking people returning from the United States to check their vehicles for the insect.

“As a rule, traps are set in areas where the risk of introduction is highest. In this case, we would have placed them in vines near communication routes. With the exception of (spotted lanternfly), there is no method of capture,” he told Leger.

Although Légaré finds it difficult to measure the impact of climate change on the presence of new pests, certain climate changes play a role.

“We see it with some pests, once the winter is milder, the populations are higher in the spring,” he said.

Longer summers are also popular with insects, which are cold-blooded animals whose metabolism is affected by temperature.

“For example, if in the past an insect did one generation per year, today there are insects capable of doing two generations that do two ice stages during the year,” he said.

The effects of climate change can already be observed in agriculture and in particular in viticulture, also called viticulture.

Geographer Frédéric Lasserre, who has studied the development of Canadian vineyards and the effects of climate change, has already observed warming across Quebec.

“The number of degree-days accumulated in a year has clearly increased. This means that during the growing season – from spring to harvest – the heat has increased, allowing faster and more efficient maturation of most vines,” said the professor in the Department of Geography at Laval University. “These temperature changes come with their own adaptations. On the one hand, new grape varieties can be planted in Quebec and further north of the province, but on the other hand this involves certain risks. For example, milder winters could endanger the production of ice wine.

“With warming, a number of pests and diseases are coming to Quebec that didn’t exist before, from which we were protected thanks to the cold winter temperatures,” Lasserre said.

For crops other than vines, the arrival of an insect in Quebec a few years ago could likely be linked to climate change, milder winters and a longer growing season, Légaré said.

“In 2018, the pumpkin borer was discovered in Montérégie and has always been a harmful pest in most squash (aka squash) plants in the United States,” he said. “Since then, the populations of the pumpkin-producing regions of Quebec have increased.

The larva of this butterfly burrows into the stems of squash and melon plants to feed them, causing them to wilt.

CUSTOMIZATION REQUIRED FOR “ALL NEW” INSECTS

To better understand the insects that infest Quebec crops, projects have been launched to study them. This is the case with strawberry pests, which have a significant economic impact since Quebec is the leading producer in Canada.

Since last year, the team led by Professor of Plant Pathology Edel Pérez Lopez of Université Laval has been studying locusts in strawberry crops and their role as vectors of viral and bacterial diseases.

“We found a lot more insects, and there are also a lot of insects that are completely new to the province, if not all of eastern Canada. (They) can transmit various bacterial and viral diseases,” Pérez Lopez said. 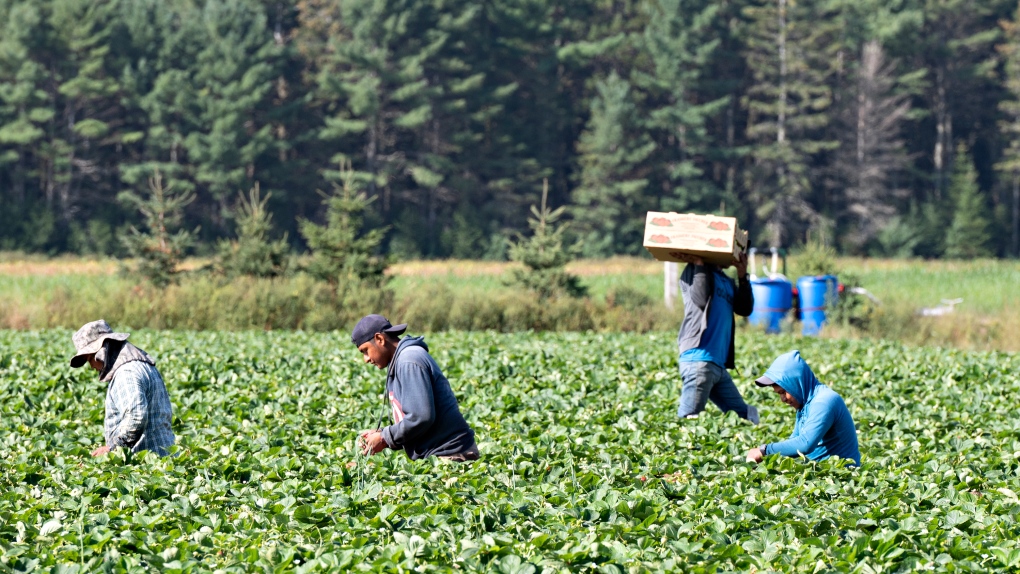 In particular, he is looking for the species of locust that transmits the green leaf disease that affects strawberries, since 20 cases have been recorded this year against 23 in 10 years.

Of the 40 species identified, eleven are “completely new” to the province, according to Pérez Lopez.

By studying locusts, the professor and his team at the Edelab laboratory hope to better understand how they work and offer means of control to the agricultural producers with whom they work.

The aim is to reduce the use of insecticides – through more effective application – and to develop biological control methods.

The first conclusions are expected by the end of the year.

Other new insects that could affect crops in Quebec:

– This report from The Canadian Press was first published in French on October 8, 2022

More sustainable feed could be the key to climate-smart poultry

Vineyards, cider houses and boozy cruises: 10 of the best drinking holidays in the UK | Travel