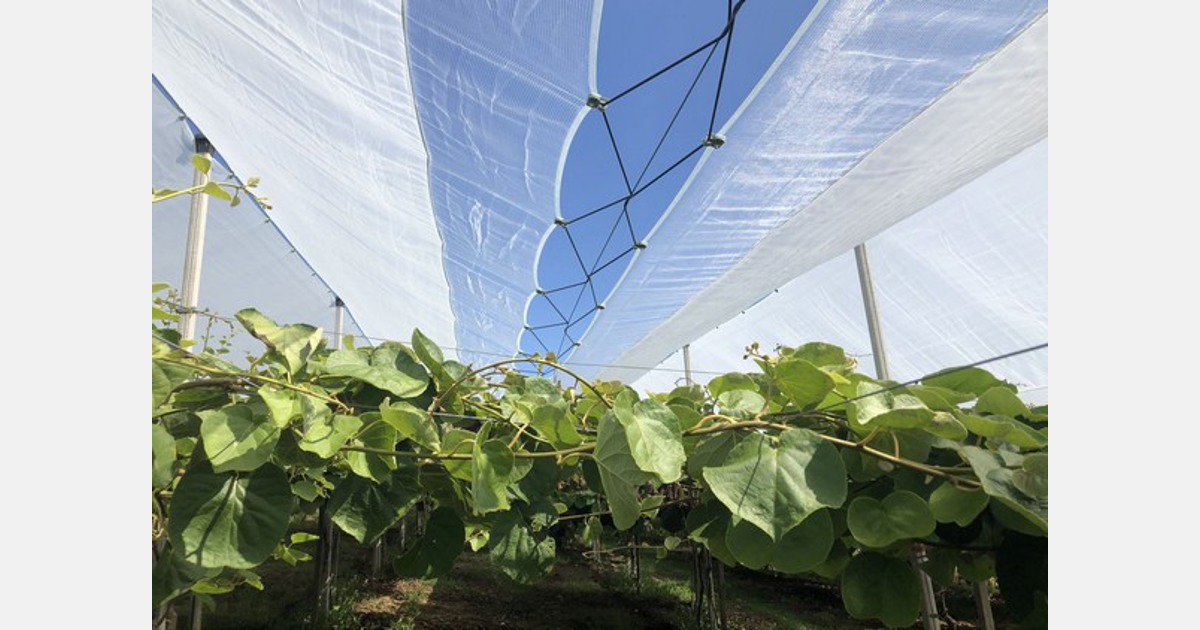 “Complete protection even for organic orchards”

Cesare Ippolito is an agronomic consultant in Lazio for the Mazzoni group, responsible for the management of mainly organic orchards. Following numerous experiences, he chose Protecta® agrotextiles to protect the cultivation of kiwifruit in the area of ​​Latina in which he operates, with the aim of preserving plants and fruits from atmospheric events. Arrigoni screens have also proven to be useful allies in excluding pests, a determining factor especially for organically grown kiwifruit.

“Initially, to protect the plants from excessive rain, we opted for plastic films,” recalls Ippolito. “But it was a total disaster: the province of Latina is very windy, with gusts that even eradicate the plants. After the first winter, very few plants had survived the bad weather and where the wind was more strong the plastic film was in pieces.” In one of the companies he followed, Ippolito then modified and rebuilt the structures of the orchard, initially maintaining the “hut” structure envisaged by the previous structure and installing Arrigoni Protecta® nets.

Thanks to new agrotextiles, the company has succeeded in protecting crops from winds and excessive perspiration, which risks dehydrating the plant. In addition, a second objective was to reduce the amount of water beating on the flowers at the time of flowering and on the leaves. Ippolito explains that it is a crucial element to avoid the predisposition to the proliferation of bacteriosis, especially for the new variety of red kiwi, the Dong Hong. “At that time, we decided to try the arched structure, which provides for the textile to remain on the structure in a fairly rigid, solid and taut way, allowing the rapid drainage of water even in the event of hail, exactly as happens with umbrellas” continues Ippolito. “Protecta® has actually helped us in a big way: this net allows the passage of a small amount of water but perfectly protects the plants, which grow under the net in a more balanced way, have fewer leaves and fruits with abrasions.”

Another objective of the company was to protect the kiwi plants which produce the pollen – the “male” specimens – to collect the pollen and fertilize the “female” plants, that is to say those which generate the fruits. As flowering only takes place 10 days a year, in May, it is important to be able to take advantage of each of these days: however, with unfavorable weather conditions and without plant protection, the operation cannot be carried out and the risk of loss arising therefrom is very high. Thanks to Protecta®, on the other hand, during the last season, the properties monitored by Ippolito have been able to work every day, thus increasing the chances of having an abundant production. Finally, by offering extensive protection, Protecta® helps to preserve crops even from the attack of undesirable insects, not only from the Asian plant bug which is beginning to cause different damage to crops in central Italy, but also from compared to smaller insects, since the texture of this agrotextile is very dense.

The tests carried out in the field, after two excellent kiwifruit production seasons, therefore showed interesting and encouraging data, confirming the choice of Protecta® net systems.

A look at Sonoma’s vineyards during pruning season