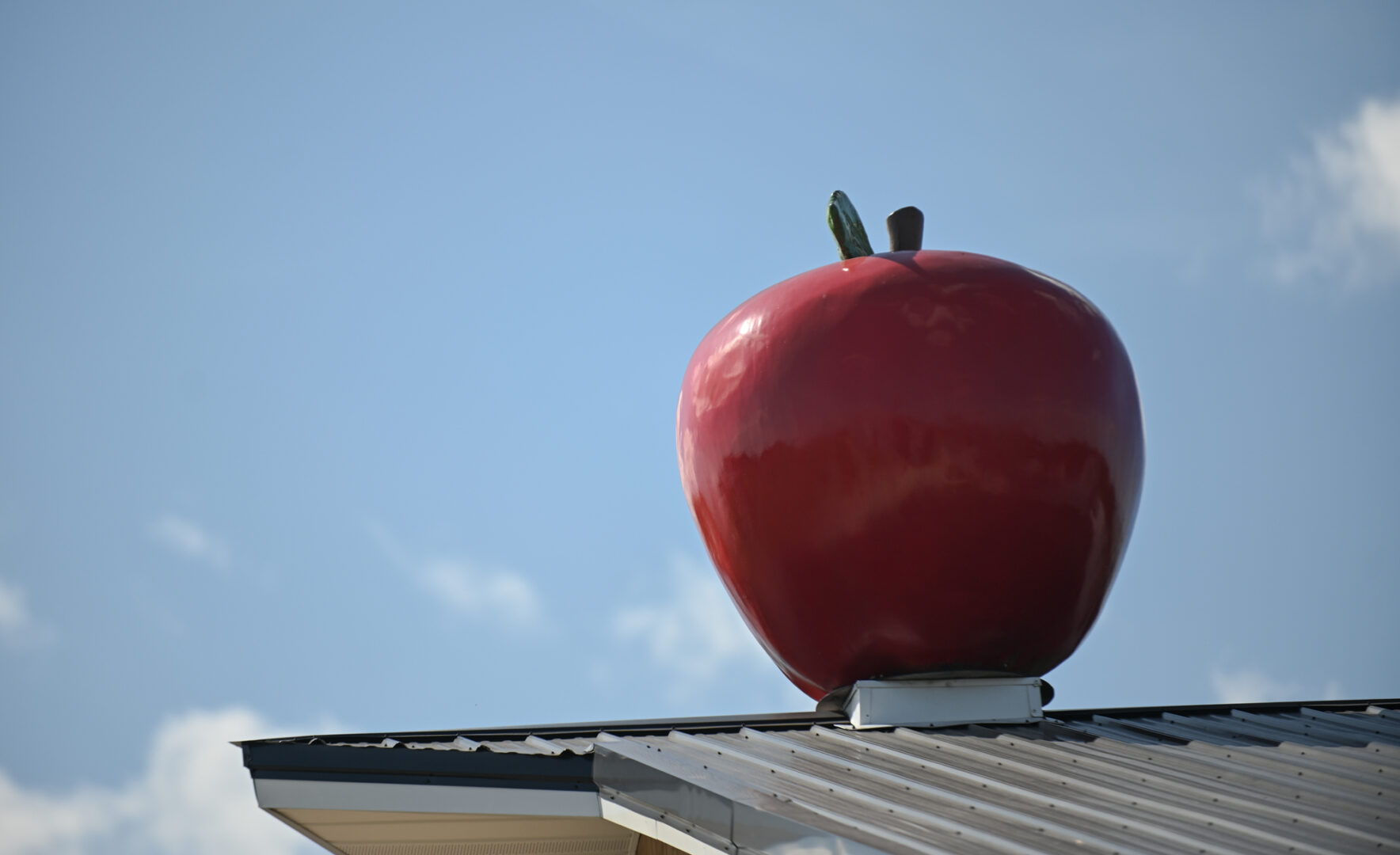 Hugh McPherson’s father planted the first apple orchards on the family farm in southern York County around 30 years ago, choosing varieties such as Red Chief, Smoothee Gold and McIntosh.

McPherson grew up around the trees, helping with the harvest and developing the perfect wrist motion to effortlessly pluck an apple from the branch – just a quick lift and twist. 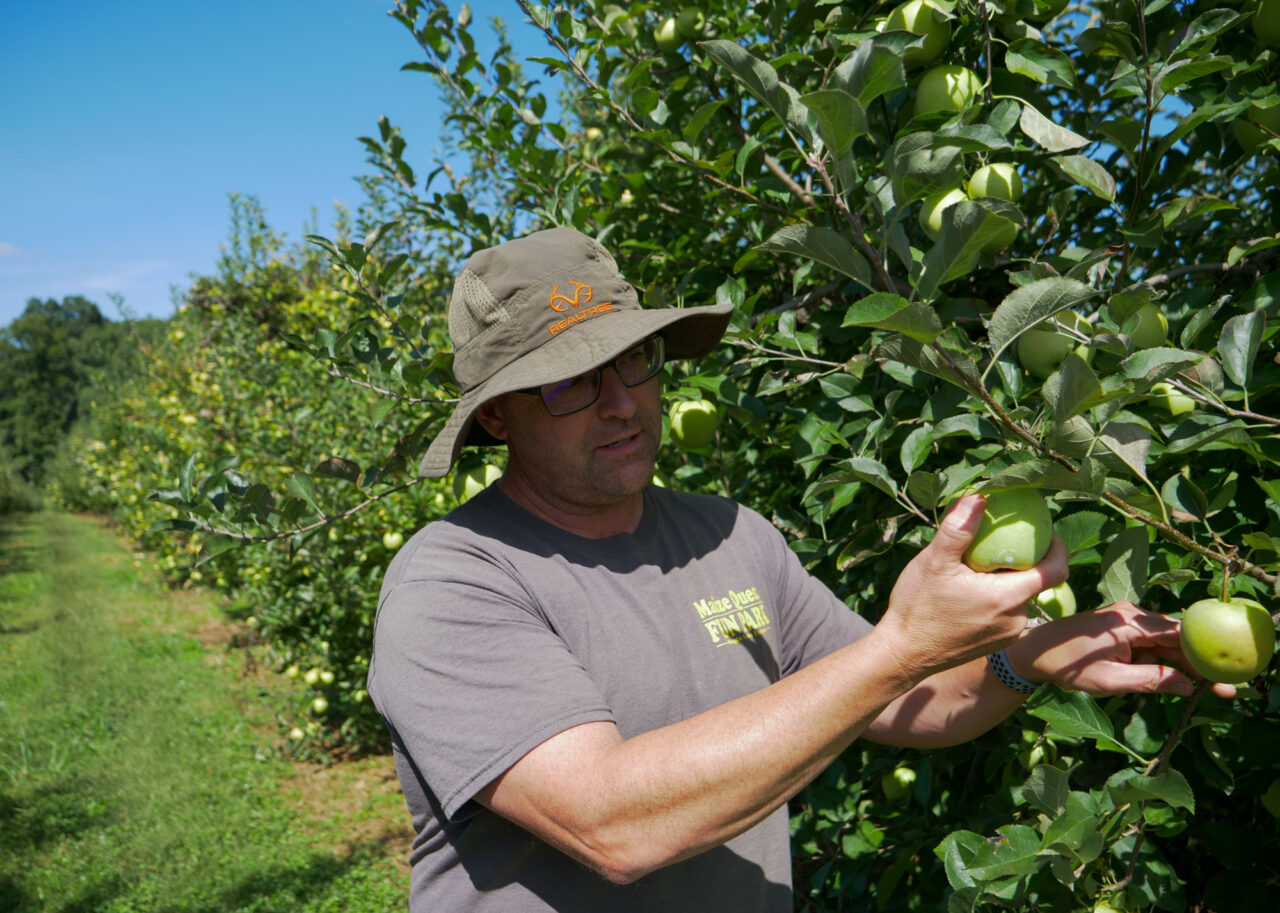 But now the fifth-generation farmer is breeding new varieties of apples.

He said McIntosh apples did well when winters were consistently cold.

“The McIntosh needs this cold night to put some color on it,” McPherson said. “And in the end, for us, they just started to get soft on the tree. They wouldn’t end up turning red and crispy.

McPherson said he has been strategically looking for apples that do well in warm weather over the past decade.

He removed the old McIntosh trees and replaced them with sweet and crunchy varieties like Cosmic Crisp. This is just one of the adjustments he makes as the family farm weathers the effects of climate change and unpredictable weather. 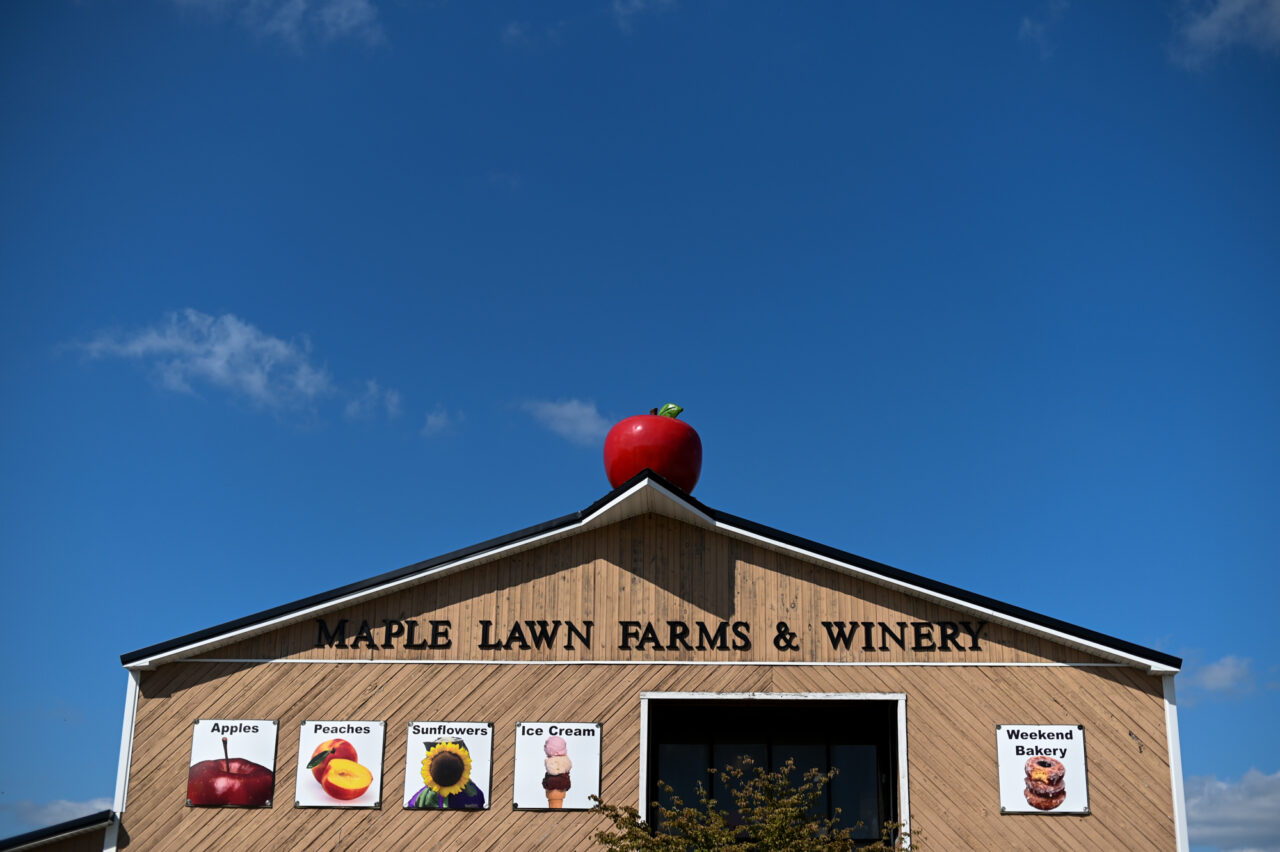 As the climate changes and brings more risks to the traditional agricultural calendar, farmers are looking for ways to ensure the survival of their crops. This means you might see different options at local farmers’ markets or new events popping up at farms.

Data from Climate Central shows that the number of growing degree days in Pennsylvania has been increasing since the 1970s and planting areas have moved north.

This animation shows how USDA plant hardiness zones, which help growers determine if witch plants and crops are viable in their area, have changed since 1960.

That means a longer, warmer growing season for farmers in Pennsylvania, with the ability to grow some crops that didn’t do well before. But it also means that some crops that need cold weather will no longer be successful.

Armen Kemanian, a professor in Penn State’s Department of Plant Sciences, said increased risks of extreme weather will lead to new risks because extremes “really mess up the system.”

“So one thing is a hot day. A totally different thing is three hot days in a row,” Kemanian said. “That has a lot more impact than a drift in the average temperature.” 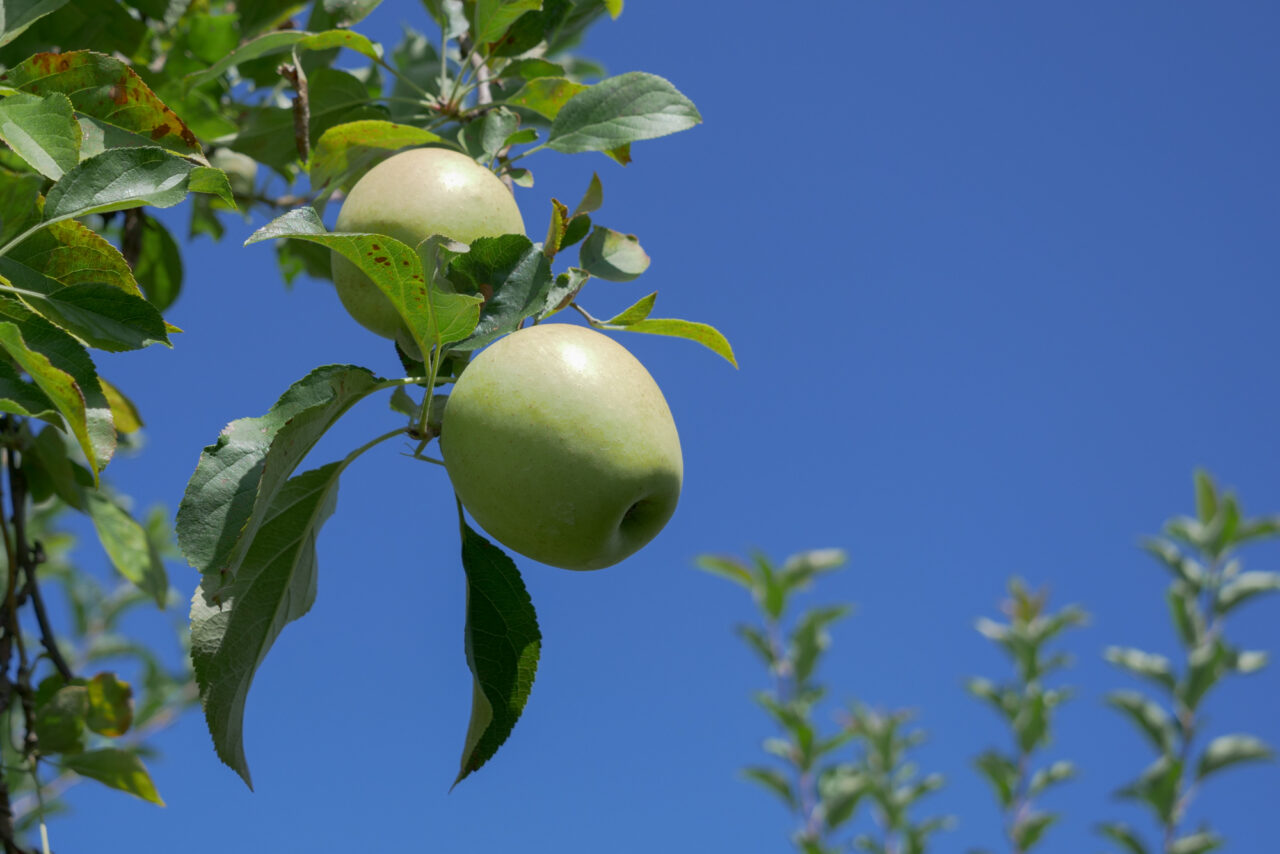 Apples, ready to be picked, hang from a tree at Maple Lawn Farms in York County on Sept. 20, 2022. (Jeremy Long/WITF) 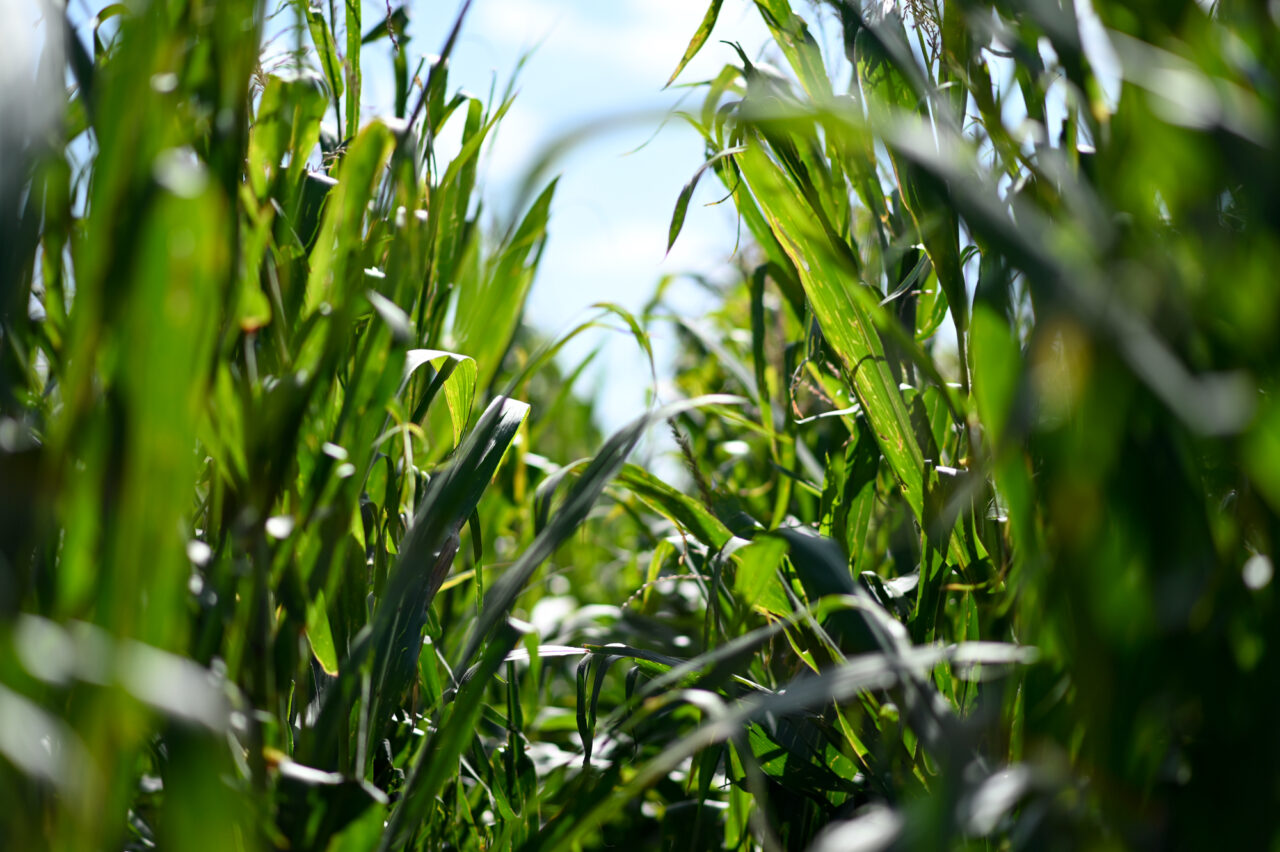 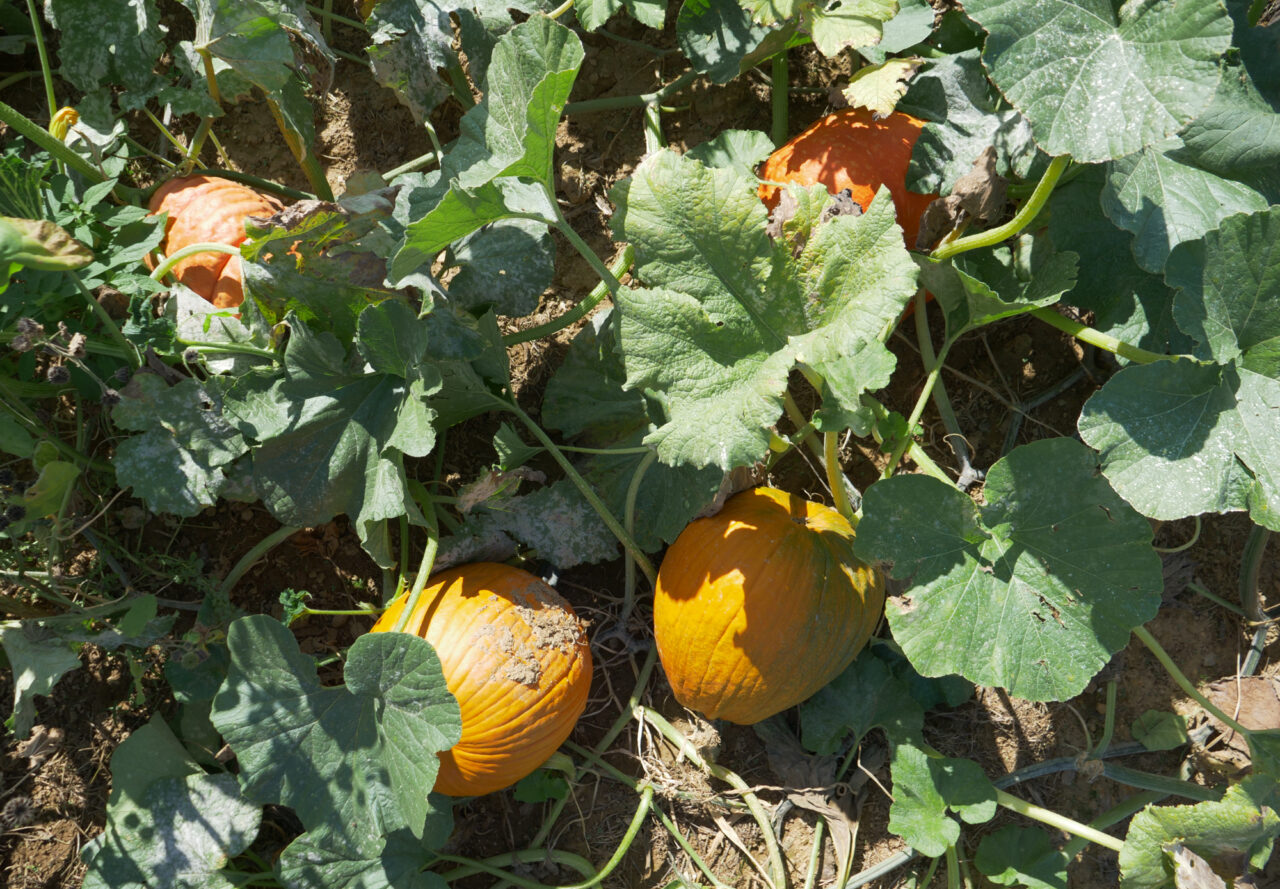 Kemanian said the success of some crops and farms could depend on the distribution of stressors throughout the year, such as heavy rains or cold spells. Warmer weather in general could allow farmers to plant and harvest two crops in one year. But if one is wiped out during an early freeze, for example, the benefits are limited. 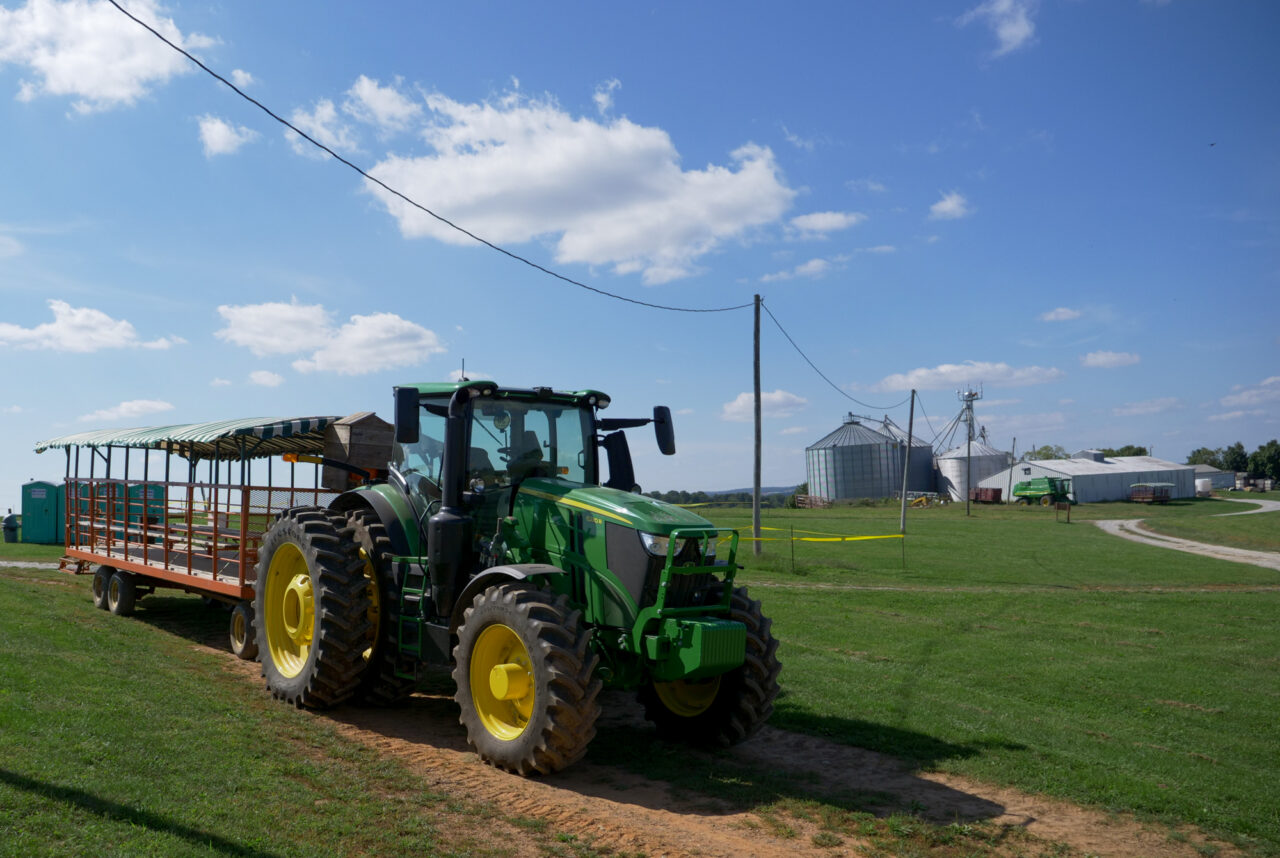 McPherson is familiar with extreme weather conditions. Maple Lawn Farms has been providing a cornfield maze in the fall for over two decades. But after particularly wet years in 1998 and 2002 that threatened corn — and ticket sales — McPherson feared they might go bankrupt.

“Because if we lose even one weekend in October with three days of rain, that’s a huge chunk of apple harvest, corn maze tickets and all,” he said. he declares. “So we have a lot of exposure there and that’s why we’re trying to move on to other seasons.”

McPherson hedges his risk with other fruits – blueberries, cherries and peaches – and even flowers. He chooses crops with a wow factor to attract people. Most things on the farm are U-pick. McPherson said he wanted to provide customers with good quality produce and wanted them to enjoy the full farm experience. Over the years, it added a kid-centric amusement park — with puzzles, games, and little rides like slides — and a winery. 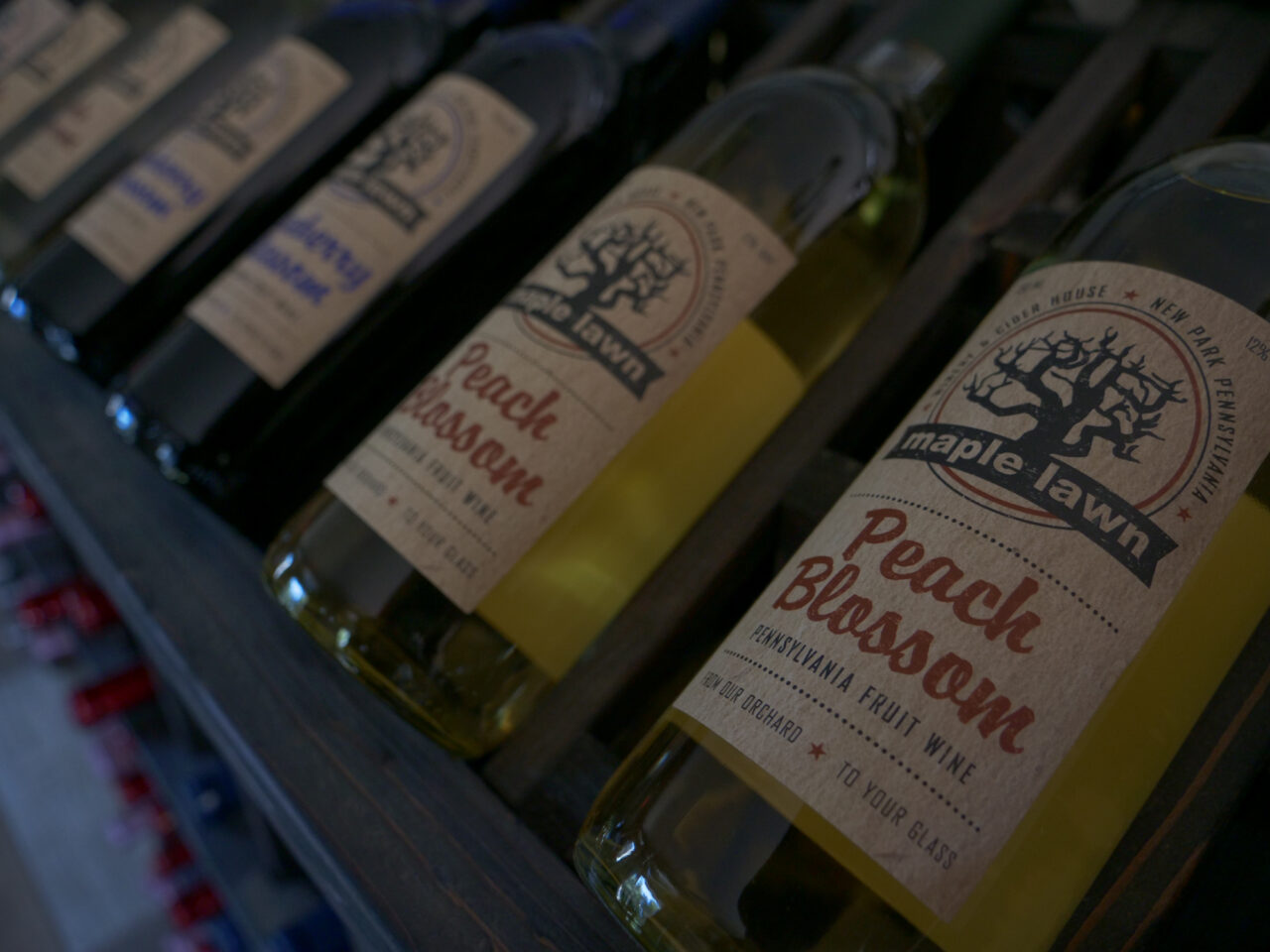 Maple Lawn Farms began producing wine. It’s a way to attract more visitors by offering a different experience as well as reducing risk and reducing waste. Fruit damaged by a hailstorm, for example, can still be pressed to make wine. (Jeremy Long/WITF) 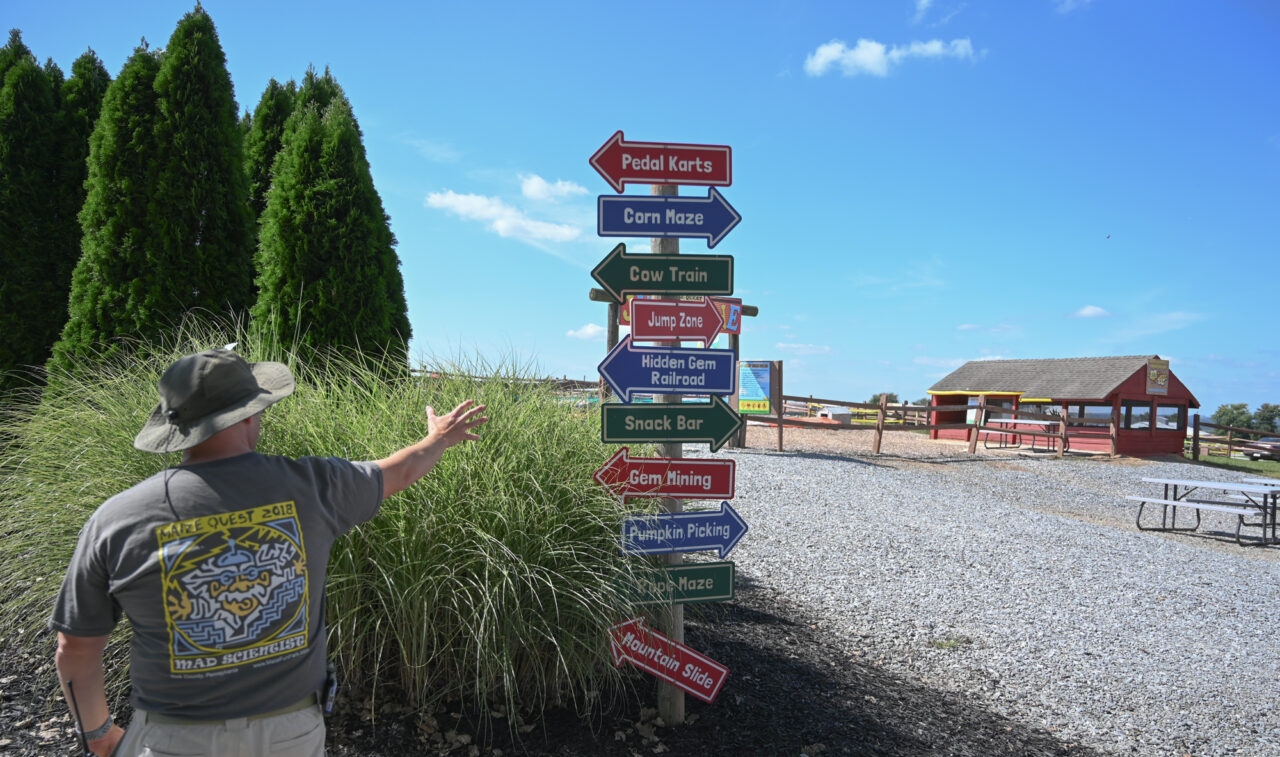 Fifth-generation farmer Hugh McPherson speaks September 20, 2022 about the initiatives Maple Lawn Farms has taken to stay in business over the years. (Jeremy Long/WITF)

McPherson said he was surprised by his latest harvest: an acre of lavender planted on a ridge overlooking a wide valley. He cultivated five varieties totaling about 2,000 plants to spread out the blooming period of the flowers.

McPherson said the soil in the field is too thin and dry for corn, but perfect for drought-tolerant lavender. Plants begin to bloom in June, attracting pollinators to the farm and extending the agritourism season even further. The farm held its first Lavender Festival this summer, where guests could make lavender sachets and take Instagram-worthy photos. 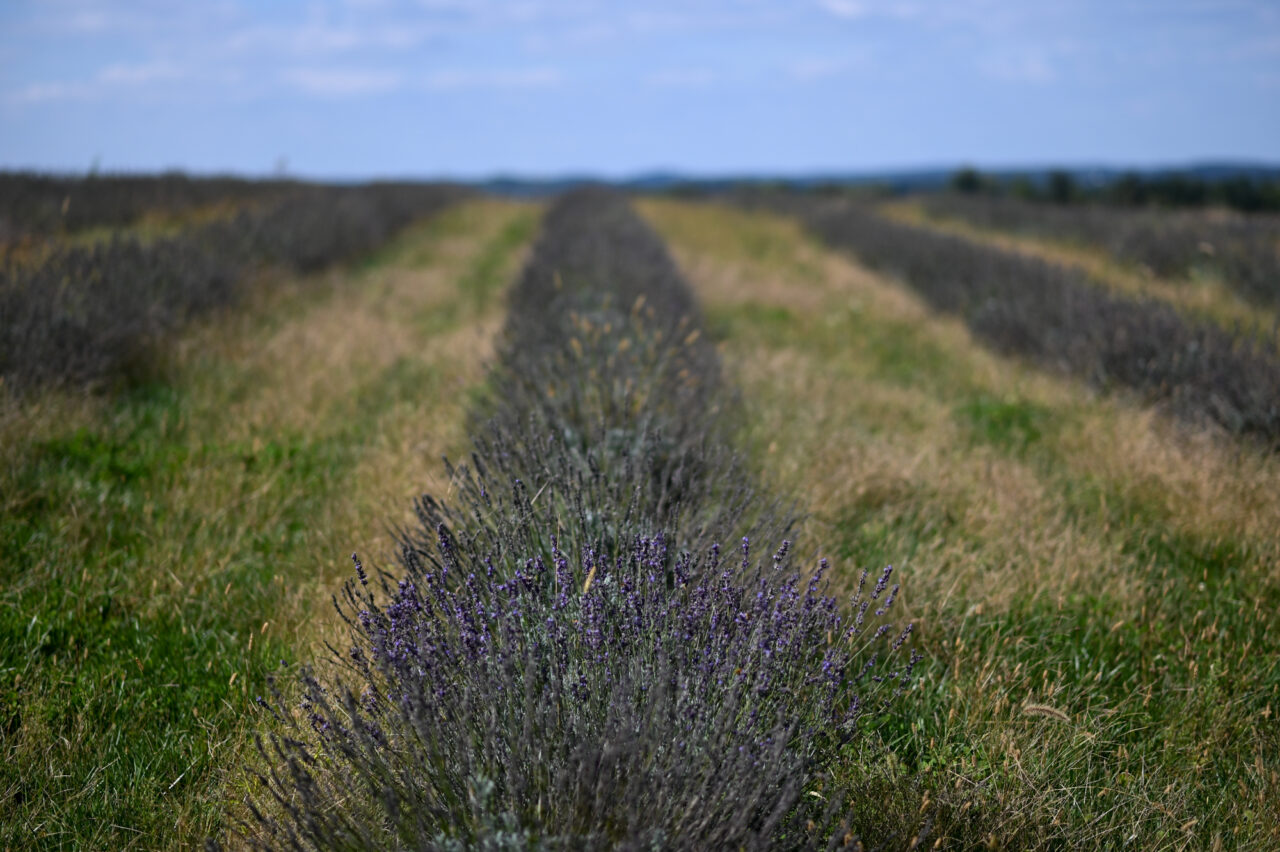 Experts say diversification can make farmers less vulnerable to climate change, although there are nuances.

Michael Roth, director of policy at the Pennsylvania Department of Agriculture, said climate change can open up the potential for diseases and invasive species. For example, Pennsylvania is facing an epidemic of highly pathogenic avian influenza.

“If you have chickens on your premises, it can shut down not only your chicken business, if it came to your farm, but all other activities,” Roth said.

“On my own farm, boy, we just can’t keep up with the rhythms and schedules of planting and harvesting that we could keep up with for decades,” she said. “We find that the spring weather is so variable, the fall weather is so variable, and the summer weather has so many longer-term and short-term droughts. But then we’ll just have a downpour of rain.

Smith-Brubaker said it will take a change in practices, not just cultures, to resist climate change.

“At the end of the day, farmers are really going to have to make sure that the way they farm mitigates the risks associated with climate change and doesn’t make them worse,” she said. 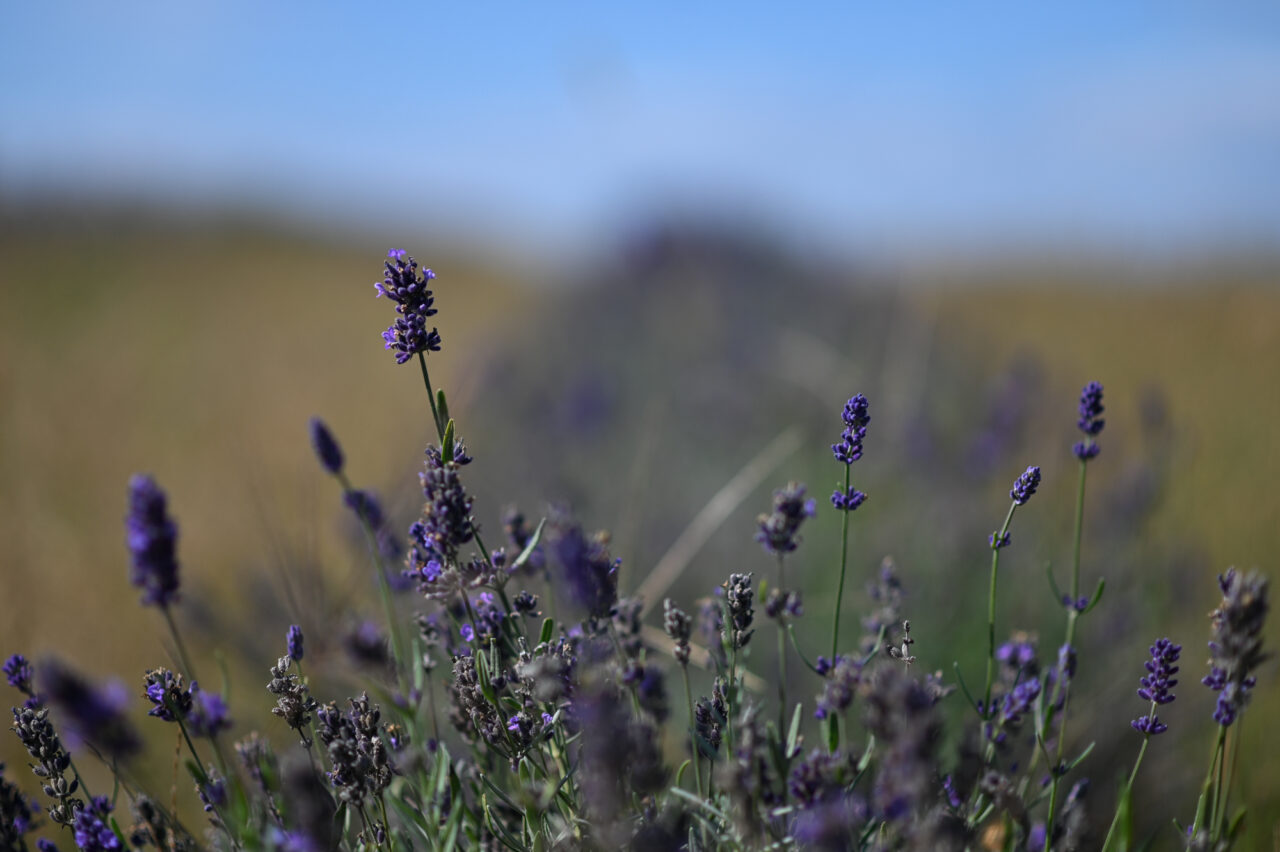 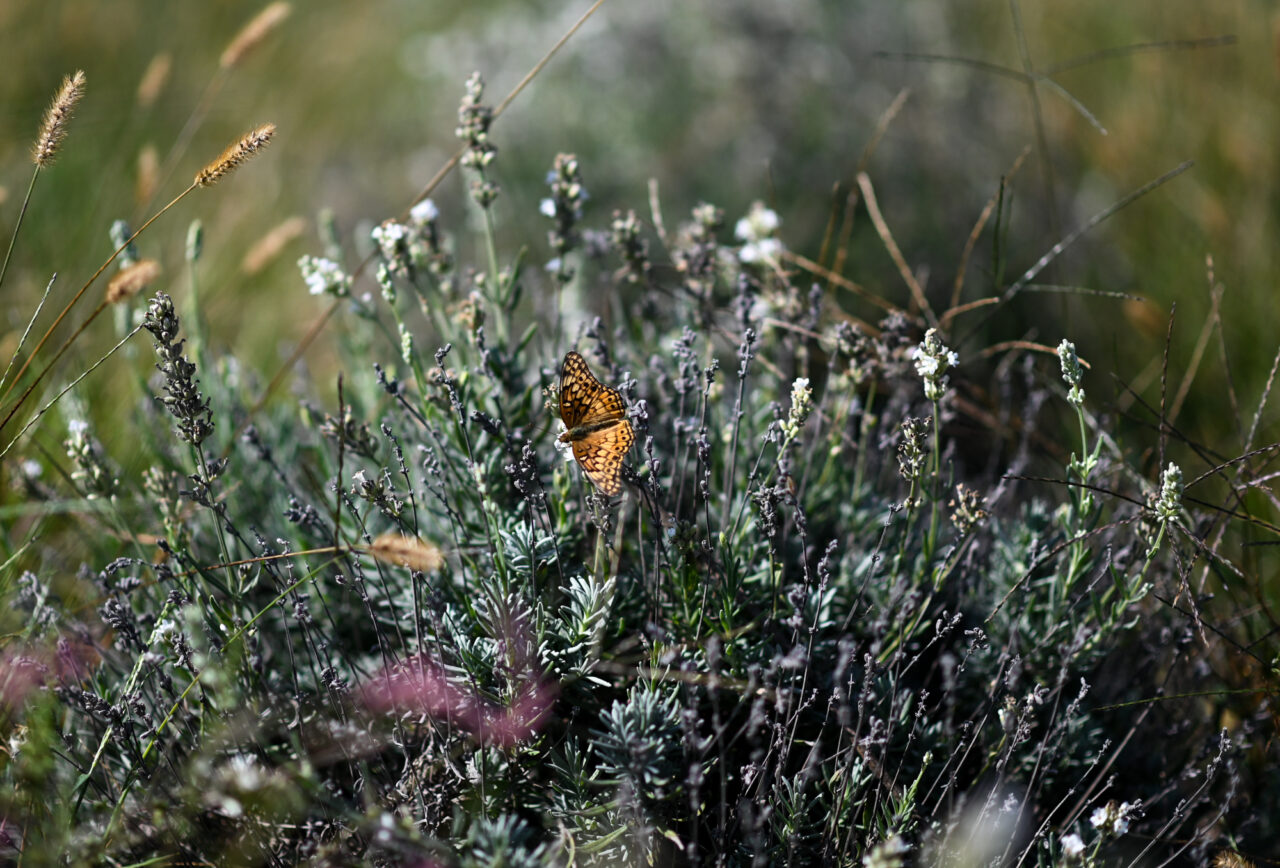 A butterfly perches on a lavender plant at Maple Lawn Farms in York County on September 20, 2022. Incorporating flowers that attract pollinators into a farm is an example of climate-smart practice. (Jeremy Long/WITF)

Pasa recently received a federal grant to promote climate-smart agricultural practices. These include planting cover crops during the winter to allow these plants to store carbon in their roots and reducing tillage so that the carbon remains trapped in the soil.

McPherson’s agri-tourism business has helped Maple Lawn Farms weather the storm. But this is not his only solution. He uses cover crops and installed solar panels on his barn a few years ago. He said farmers understand the risks ahead.

“We are the first to take the climate seriously, aren’t we? Because we depend on the weather every day,” he said.

But, even if it rains today, McPherson knows he has other days to catch up. 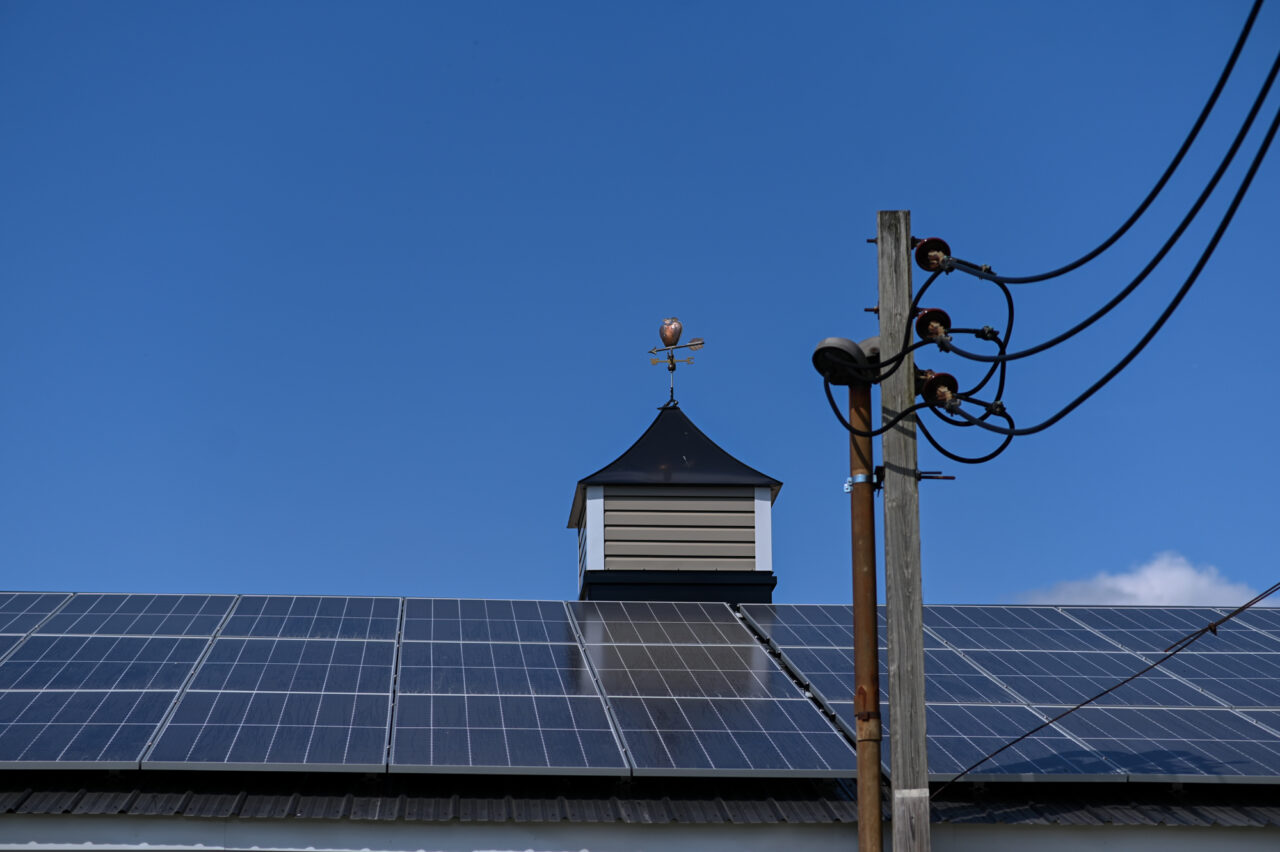 A solar panel at Maple Lawn Farms in York County on September 20, 2022.

Pension plan, jobs and concessions for apple orchards in Congress manifesto ahead of Himachal elections